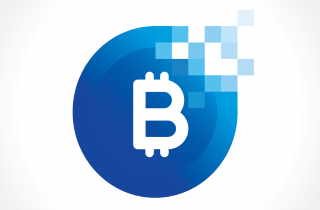 Implications of blockchain for lawyers

It has been demonstrated that the blockchain, and smart contracts in particular, have the capacity to drastically reduce time and costs associated with centralization. As a result, blockchain poses a threat to many institutions including banks, through the development of decentralized finance (DeFi) and peer-to-peer lending, insurance companies, through parametric insurance and certain types of bureaucracies that are responsible for creation and management of state-issued identifications such as driving licences and passports through projects such as ICON (ICX).

However, not excluded from that list, is a variety of lawyers providing services within different practices and across different sectors. For example, as we have discussed, the blockchain ledger is extremely effective at tracking custodianship of digital assets and property including IP. Blockchain would provide undeniable evidence if intellectual property was accessed or stolen, given that the immutable ledger records its ownership. Also, all other nodes on the public network would prevent unauthorized parties from accessing protected information, or at least prove who did access it. Examples of existing blockchain IP projects include IPcoin and MP3finance.

Blockchain also has the potential to change the role of real estate lawyers by transferring all registered titles as well as future transactions and title changes onto a blockchain-based land registry. If properties can be tokenized and title changes can be recorded in this way, the conveyancing process and pre-completion tasks may become more streamlined. Legal technicalities including prescriptive easements may also become easier to prove, disprove and identify.

Whilst the implementation of blockchain technology may reduce or completely dissolve the demand for lawyers across particular sectors, as always, there will be increased demand in others.

One obvious example is the increasing demand for Lawtech lawyers. The legal industry is already going to great lengths to implement AI technology to reduce the likelihood of human error in repetitive and administrative tasks such as document review. Lawyers who are able to understand and implement legal technology will also be able to drastically reduce costs to clients, an increasingly important issue. Following this logic, lawyers who both understand and can program smart contracts may become a valuable asset to law firms.

Perhaps what is more likely to be the case in the near future is that specialist blockchain dispute resolution lawyers will be of increasing demand. This is because there are still some major compatibility issues with blockchain technology and current legal systems around the world.

One practical limitation of smart contracts is their inability to enforce contracts where performance is tied to a subjective standard such as “reasonableness.” Where smart contracts execute on predefined terms, it remains unclear as to what mechanisms will be implemented to rectify misexecuted contracts. This certainly represents a growing area for litigators to exploit.

Another potential difficulty arising from smart contracts, as valid legal agreements, are uncertainty of terms such as parties to the contract. Currently, smart contracts identify parties to transactions based purely on public addresses and the owners of those addresses. However, this is problematic because the public address in a smart contract transaction may point towards another smart contract instead of a wallet with a clear owner. Problems with identifying legal persons who are parties to the agreement is an issue that may eventually lead to developments of “legal” blockchain identities. There is no doubt that the knowledge and expertise of lawyers within this area will become of increasing demand in years to come.

Whilst it is impossible to gauge what the extent to which blockchain, as a technology, will reframe the role of lawyers around the world, what is clear is that if it is not regulated out of the market, it represents a potential area of exponential growth for law firms to capitalize on.

This is the second half of a two-part series. Part one: How lawyers can can capitalize on smart contract revolution.