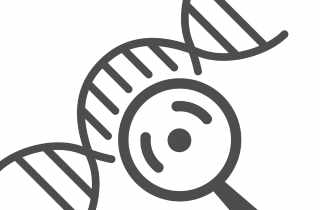 Unceasing pursuit of justice through science

In 1998, Joyce Rita Hayman was convicted of criminal negligence and administering a noxious substance, based on an analysis of her child’s hair and urine that suggested that the child was exposed to cocaine. The analysis was presented via expert evidence from the Motherisk Drug Testing Laboratory. Two reports, from the Ministry of the Attorney General (MAG) in 2015 and 2018, showed serious problems with the testing that was undertaken and used in both criminal prosecutions and family or child protection matters.

In R. v. Hayman 2021 ONCA 242, the Ontario Court of Appeal dealt with Hayman’s convictions and admitted the MAG reports regarding the concerns with such testing. Crown counsel acknowledged the problems that reliance on the Motherisk experts raised. Acquittals were entered and Hayman can begin to deal with the trauma that the criminal justice system has unfortunately inflicted upon her. As the Court of Appeal concluded “she deserves to, as she says, hold her ‘head high for the first time in a long time.’ ”

This case highlights in the importance of acknowledging that as good as the Canadian criminal justice system is, that it is far from perfect. Cases involving wrongful conviction are the greatest concern for the criminal justice system. The second U.S. President John Adams said that “it is more important that innocence be protected than it is that guilt be punished, for guilt and crimes are so frequent in this world that they cannot all be punished. But if innocence itself is brought to the bar and condemned, perhaps to die, then the citizen will say, ‘whether I do good or whether I do evil is immaterial, for innocence itself is no protection,’ ” A wrongful conviction is the greatest injustice.

There is importance in the certainty and finality of the completion of a criminal case, including in conviction. It can give closure to victims and the accused. However, the ability to readdress cases, even long after the case has completed, is important and necessary in cases such as that of Hayman. Where fresh evidence undermines the foundation of a conviction, the matter must be revisited, even years later. Public confidence in the administration of justice and the rule of law requires no less.

Development of new technology and its application to criminal cases is an ongoing process. The AI Case Study: Probabilistic Genotyping DNA Tools in Canadian Criminal Courts (Law Commission of Ontario June 2021) reviews new algorithmic decision-making technology which is likely to become more common in the coming years. Current DNA technology, called Random Match Probability, compares DNA samples found to DNA profiles and then reports on the probability of a random match. This technology is a highly reliable “gold standard” when used properly. However, in cases where trace DNA or mixed DNA samples are found, it can struggle.

Probabilistic genotyping uses a computer program to utilize statistical method and mathematical algorithms to narrow a pool of suspects. The design of these programs is to try to determine which possible hypotheses may be more likely. However, they compare hypotheses and determine likelihood rather than fact. The difficulty is that this may not include possibilities that are not foreseen by the programmers. Criminal law deals with atypical situations so being creative enough in determining alternate scenarios will be important.

Educating triers-of-fact when different technologies are used including the strengths and weaknesses of such technologies and their difference to other similar tech will be important. The dangers of reliance on scientific analyses without a proper understanding of their underpinnings is dangerous. Science should be used in criminal cases but not without proper continuing challenge and reanalysis. What refutes science is better science, but science never stops reviewing itself, and courts invoking science cannot either.

A final interesting point from the Hayman case relates to the issue of publication bans. At the commencement of the appeal, a publication ban was imposed in relation to the name of Hayman as well as her child. However, with the acquittals being entered, Hayman requested that the publication ban be lifted. The Court of Appeal agreed stating “in light of the wrongful nature of the conviction in this case, resting on what can only be described as faulty science, the least that can be done is to allow the appellant the dignity to have this matter now corrected in the media should they choose to report on it.” Publication bans exist to protect certain participants in the criminal justice system. However, courts should not lose sight of who those bans are meant to protect. Courts should listen to the people about whom the bans are made and be responsive to their interests. Publication bans should protect.