In light of the recent discoveries of the bodies that were purposely hidden from the families of the residential school survivors, I felt it appropriate to respectfully submit to you, my learned friends, how this continues to affect former students like myself in this day and age.

I recall my last day in residential school. It was Sept. 11, 1991, a Thursday afternoon. I walked up to the senior boys’ childcare worker and told him that I was no longer interested in staying there. I was of legal age and it was my choice to leave, so I asked him to give me a ride to the bus station. Without hesitation he got the school van, drove me to the bus depot and wished me luck in my future endeavours.

I had first walked into that residential school back 11 years earlier in 1980 as a visitor to play hockey. Later, in 1981 I started as a full-time student.

It was bittersweet because I wanted to finish off my high school in a place I felt at home. I had finally made it to grade 12 and dreamed of graduating. I had spent the last 10 years here. I started at the school in grade five. (I know. The math doesn’t seem to add up because I had failed a grade and had to restart grade 11 and 12 semesters as I attended junior hockey camps.)

Unfortunately, I should have stayed in those cities to play hockey but there was always a “lonesome” feeling to be around the ones that loved you, and the non-First Nation environment did not feel very inviting. I missed my fellow residential school students because they were like family. (I blew my chance to play hockey at a high level — I was told that I was good enough to go somewhere but did not believe it.)

I had the greatest opportunity to witness some of the most incredible athletic feats of long-distance running, sprinting, jumping, volleyball and basketball. As a kid I would try to emulate these athletic students (my family). I felt pretty lucky because I was in the same school as the people I believed were the top athletes of this era. (For a number of years — the mid 1980s — the volleyball and basketball teams had been ranked in the top five in Saskatchewan.

Had I not seen it first-hand, I would not believe it possible, especially being a First Nation kid. The general feeling of being successful was always kind of fleeting.

My one older residential brother Rusty would fire up a cigarette before a 1,500-metre or 3,000-metre race, puff it down to the butt and usually win. My other li’l residential school brother Streak was not very big or tall but what he lacked in size he made up for it in endurance. He could run like the wind, and long distance was his forte. Brian, Warren, all these guys could rip up the 100-metre sprint faster than I ever saw anyone do it. Stan, Big Al, Claude, Spock and the girls, Michelle, Shannon, the list goes on.

The intellectual abilities were always apparent and competitive; there was no shortage of learned students. There was a high academic standard that many of my extended family achieved yearly. Along with the learned were the artistic and cultural students. The ability to dance traditional and/or fancy was coveted by the others. The world’s best ladies fancy dancer was also a fellow student in Lebret. This was a skill I had wished I could have followed and learned more of. Maybe one day I will.

I have copies of the yearbooks from the ’80s era and every now and then I look at them. I see that many of my extended family are no longer with us because of the intergenerational trauma that had hidden itself behind our times of glory and happiness.

I recall a former student who had the potential to play at a high level of hockey.

This student, Peter, had been receiving letters from Junior A and WHL hockey teams from Manitoba and Saskatchewan. Back then, you had to be pretty darn talented as there were not many First Nations players in either of these leagues. Just to get a letter or invitation to one of these camps was a goal in itself. This kid also had the intellectual skills to be anything he wanted to be. I recognized his ability to program computers to create games and work on interactive pictures; he was adept at algebra and law. However, for some reason, he decided to drink and just throw it away.

Years later it became apparent why he did so. I always thought he was crazy for throwing away those opportunities. I read in the paper and saw on the news that this young boy was sexually abused during this time while he was in the residential school.

I had also met him one day and he told me he was in jail for assault and had no real prospects for the future. His life was not in order and he did not have the tools to deal with what had happened to him. He said it was worthless and he did not have the spirit to try to even live anymore. He was still seeking comfort at the bottom of the beer bottle. He told me he was worthless now. That was hard to hear and see. A once proud First Nation — fierce competitor, intellectually sharp, athletically gifted — had given up on life.

I want to say we hid that unspoken secret quite well in the early years of our lives. One of the reasons we bonded so well in the residential school was that we came from environments that had never healed and it planted a seed for self-destruction. For some unspoken reason that curse of abuse would one day rise up and come back to haunt us, in some cases take us from this life and set us on our journey far too early to the other side.

It is sad because many of my schoolmates could never reach their full potential. Their bleak future was written for them the day they were born. Success was never in the books for many as they would never have the tools to break that harmful cycle of abuse. Along with the historical abuse, there was also the racist negative stereotypes that they had to face in the real world.

It was easier to make a life on the reserve and not deal with those extra pressures of being a First Nation. Living on a First Nation reserve is not what many of you think it is. If you watch the news and you see Third World living conditions, believe it, for many of us that is the life.

The last few weeks, I was triggered by the discoveries of the young ones found in unmarked graves, and in the same breath I certainly miss my extended brothers and sisters of my era. They were taken without any chance to live a full life. I miss them.

Tony Stevenson is a member of the Anishnabec First Nation in theTreaty 4 Area in Saskatchewan who attended the Qu’Appelle Indian Residential School in Lebret, Sask. He worked extensively with the independent assessment process preparing and representing peers and elders for compensation hearings. He was awarded the Queen’s Diamond Jubilee Medal and recognized by both the Saskatchewan and Regina chambers of commerce for creating a cross-culture work project at the Conexus Credit Union. He travels to schools, universities, businesses and labour organizations to give presentations on truth and reconciliation. Learn more at MJ’s Ole Skool Crew. 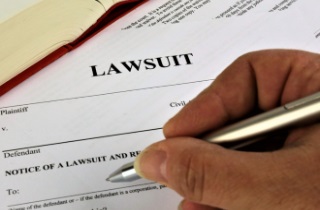