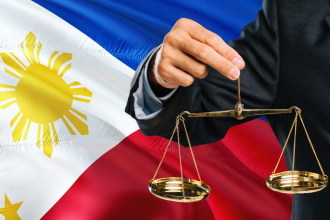 While most intracorporate disputes are arbitrable in Canadian and many other jurisdictions, generally there are no specific regimes for them. Yes, provincial arbitration statutes would apply. But certain issues particular to many intercorporate situations may prove problematic, particularly binding all potential parties and the efficient appointment of an arbitral tribunal in multiparty disputes.

We keep hearing that the COVID-19 pandemic has left many Canadian courts with increased backlogs of cases, meaning that disputing parties are waiting longer for the resolution of their disputes. This is particularly important in time-sensitive “real time” disputes, such as those that often occur within corporations and among those involved with them.

It was interesting to see that the Philippines’ Securities and Exchange Commission published for comment a draft “Guidelines on Arbitration of Intra-Corporate Disputes for Corporations,” which would apply to Philippines domestic corporations. There are provisions that may be beneficial for the efficient resolution of intracorporate disputes in Canada through arbitration.

The Philippines SEC was directed to develop the guidelines by the Philippines’ Revised Corporation Code. The code contains basic provisions recognizing an arbitration agreement contained in a corporation’s articles of incorporation or bylaws and covering disputes between the corporation, and its stockholders or members, which arise from the implementation of the articles or bylaws, or from intracorporate relations. In the guidelines, the commission fleshes out and widens the scope of potential parties and the scope of potential disputes (which presumably the commission is permitting to do under the general law).

An intracorporate dispute would be defined in the guidelines as any dispute involving the rights and obligations of corporations, its directors, trustees, officers and stockholders/members arising from the implementation of the articles of incorporation or bylaws, or from intracorporate relations. Not surprisingly, disputes involving criminal offences and the interests of third parties would be excluded.

While proven wording for the scope of arbitrable disputes might have been used, such as using the words in recommended arbitration clauses of many arbitral institutions (“arising out of or in connection with”), one hopes that the wording proposed will wind up casting a comparably wide net.

Under the guidelines, an arbitration agreement may be provided in the articles of incorporation, the bylaws, or a separate agreement.

Importantly, despite not being signatories to the articles, bylaws or separate agreement, the corporation, its directors, trustees, officers and executives or managers would be bound by the arbitration agreement. This provision should make it clear that their agreement to arbitrate is deemed to exist.

Under the guidelines, as under most arbitration regimes, a court would be required to dismiss a case involving an intracorporate dispute that is subject to an arbitration agreement.

The guidelines would require that an arbitration agreement contain, at the minimum, the number of arbitrators; an appointing authority; a procedure for the appointment of the tribunal; and the time within which the tribunal is to be appointed.

The tribunal would be empowered to rule on its own jurisdiction and on questions concerning the arbitration agreement’s validity; and to grant interim measures aimed at ensuring enforcement of the award, preventing a miscarriage of justice, or otherwise protecting the parties’ rights. The tribunal also would have the other powers of an arbitral tribunal under the ADR Act unless they are inconsistent.

A final arbitral award would be executory after 15 days from receipt by the parties and could be stayed only by the filing of a bond or an appellate court’s “injunctive writ.” However, the rights and scope of review and/or appeal of an award are not specified in the guidelines.

The guidelines include other provisions found in arbitration rules such as a means of arbitrator replacements; a prohibition on communication with a candidate for appointment as arbitrator except to discuss the candidate’s qualifications, availability, or independence; and a waive by the parties of claims against arbitrators, the commission and “any person appointed by the arbitral tribunal” based on any act or omission except if intentional.

The commission invited comments, feedback and inputs from interested parties (by July 8, 2021).

Canadian jurisdictions should consider assisting the timely and effective resolution of intracorporate disputes by facilitating arbitration for them, particularly those that have been left waiting by the COVID-19 pandemic and the increased backlogs of cases it has generated for many Canadian courts.

This article is based on the draft guidelines and on the report on them in The Manila Times.