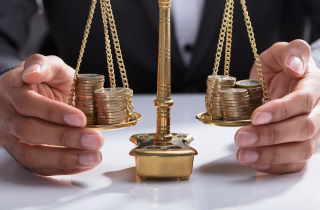 Licensed Insolvency Trustees (LITs) in Ontario are a lot like lawyers. They hold a de facto monopoly on their profession, they are self-governed, and they owe their clients a fiduciary duty. One major difference LITs enjoy over lawyers, however, is statutory protection from liability.

Section 215 of the Bankruptcy and Insolvency Act, RSC 1985 c B-3 (BIA) requires bankrupt individuals to seek leave of the court if they want to sue their trustee. Effectively, LITs are protected from civil liability, so long as they act under the BIA.

However, s. 215’s protection is not absolute. In fact, the right of bankrupt individuals to sue their LITs without leave of the court has just been recognized in Flight v. Adamson 2021 ONSC 4278.

The plaintiff in Flight was in his fourth bankruptcy and the defendant was his LIT. As a serial bankrupt, the plaintiff was in a difficult position. He had no right to an automatic discharge and would have to meet a high standard of rehabilitation to secure a fourth discharge.

In early 2018, the plaintiff discovered his former bookkeeper, power of attorney and accountant had been misappropriating funds from his business for at least 13 years, resulting in several liabilities to Canada Revenue and all four of his bankruptcies. This news was ground-breaking for the plaintiff. Knowing that his bankruptcies were not his fault, he had a path to a discharge.

However, this path to his discharge turned out to be a long, winding road with several bumps and obstacles.

Ultimately, Justice Kelly C. Tranquilli held that leave was not required because s. 215 does not insulate LITs from acts of omission or personal actions.

According to Justice Tranquilli, an act of omission is not “with respect to a report made or any action taken pursuant to the BIA.” Her decision was largely based on the Supreme Court of Canada’s decision in Mercure v. Marquette & Fils [1977] 1 S.C.R. 547, cited by the plaintiff. In Mercure, the Supreme Court held s. 215 does not apply to every action arising out of the administration of a bankrupt’s estate. Effectively, Mercure made it possible for a bankrupt to sue their LIT for omissions, and the plaintiff in Flight took advantage of this opening to proceed with his claim.

There is public interest in insulating LITs from liability because LITs carry a great deal of responsibility when administering bankruptcies. Their actions and omissions can either lead bankrupt individuals back to financial health or keep them stuck in a never-ending cycle of financial ruin. It is not always clear which decisions will lead to which outcomes, and an LIT acting rationally should be spared from liability.

However, the ruling in Flight honours the other side of the bankruptcy picture — the right of the bankrupt to have their bankruptcy administered with care and competence. Bankruptcy is meant to be a remedial status which balances (1) the bankrupt’s need to be relieved from debt and, (2) creditor interest in getting their debts back. It is important for LITs to act quickly, effectively, honestly and rationally. When a bankrupt believes their LIT has acted in a negligent manner and caused additional financial and emotional strain, it is a simple matter of fairness that they be allowed to act against their LIT. An LIT’s failure to act can impact the rights and obligations of both the bankrupt and their creditors. Flight tells us that when this harm can be proven, the bankrupt ought to have their day in court.

Flight does not represent an “opening of the floodgates” or “slippery slope” for bankruptcy litigation against LITs. Rather, it is a narrow and rational exemption from the rule in s. 215 when the bankrupt wishes to act against an allegedly unscrupulous LIT who arguably failed to act and uphold their fiduciary duty. Flight balances the need for LITs to work proactively and with care while managing a bankrupt’s estate with the bankrupt’s right to have their bankruptcy administered with competence.