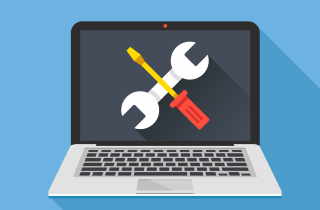 One person’s trash: Interaction between intellectual property, right to repair

We have all had passing thoughts of regret before tossing a household item or appliance in the garbage. We wanted to fix it but could not find a replacement part or instructions online to fix the problem. We would be happy to pay someone to fix it, if we could even find a repairperson, but the cost of the part and repair labour are likely to be comparable to the cost of buying a replacement item. The rest is history — and landfill.

The “right to repair” movement is a small step to increase corporate responsibility and to help turn around society’s increasing culture of disposability. It was borne out of concerns about the barriers that prevent consumers from repairing their electronic gadgets and home appliances. Technology companies often restrict access to repairs by providing equipment parts, repair manuals or access to software source codes only to a limited number of dealers. Consumers of their products have no access. This limited access may partly be a relic of the pre-Internet era, but it is not acceptable anymore. Companies need to be required to facilitate broad access to repair, to counteract the strong profit motive for companies to simply allow consumers to replace.

The lack of a repair option increases costs for consumers having to replace their own broken items, but it is less well known that it also impacts entire industries and increases the cost of basic goods such as food. The consequences of this exclusive access are particularly visible in the agricultural sector, where farming equipment has become increasingly more sophisticated and electronic. Meanwhile, access to repair parts or manuals remains largely out of reach for many farmers who would otherwise be able to have their own equipment repaired.

The ubiquity of electronics in our everyday lives along with the lack of access to resources that would empower consumers to repair their devices has raised a whole host of concerns amongst legislators and activists in Canada as well as other industrialized countries. (While some legislators are attempting to pass provincial legislation addressing the issue, many volunteers have taken matters into their own hands by providing free repair services).

Although the proponents of the right to repair movement in Canada pose valid arguments for their position, they are faced with inaction from provincial governments as well as opposition from some industry stakeholders. Manufacturers’ intellectual property (IP) rights are among the concerns provided by the movement’s opposition. The risk of whether IP would be infringed by refurbishing items is also a source of potential confusion that becomes a disincentive to businesses that could be formed to fix items at a larger scale. (From a practical point of view, no consumer would be sued by a patent owner for IP infringement for fixing a household item for their own personal use.) There needs to be clarity about the circumstances in which a business reworking an item goes so far as to constitute an IP infringement. In this article, we will take a brief look at the patent and copyright issues surrounding the right to repair movement.

For businesses that repair and refurbish products, a grey area in the right to repair lies within the distinction between repair and reconstruction. Under Canadian patent law, the right to construct a patented invention is reserved for the patentee(s).

Although the Patent Act does not set out the differences between reconstruction and repair, the courts have provided guidance. In a leading Canadian case, Rucker Co. v. Gavel's Vulcanizing Ltd., [1985] F.C.J. No. 1031, the Federal Court examined the distinctions between repair and reconstruction. The court ruled that although repairing a patented invention does not amount to infringement, a process which “results in a new merchantable article … cannot be considered as a repair.” The court also confirmed that performing simple repairs on a malfunctioning device for the goal of reviving the article is well within the consumers’ rights, and is not an infringement.

You can, of course, continue to repair your own tablet or car in Canada.

Determining whether the work conducted on an invention is a reconstruction amounting to infringement is a highly fact-driven analysis. Patent attorneys can assist with this analysis, but legislative amendment would provide broader certainty for businesses wanting to repair items.

Canadian copyright law largely restricts consumers’ ability to repair their electronic devices. The Copyright Modernization Act introduced new provisions to the Copyright Act, imposing strict prohibitions on the circumvention of technological protection measures (TPMs). TPMs are digital “locks” put in place by copyright owners to protect access, reproduction, publication or performance of their copyright-protected materials. These locks make sense as a means to protect against copyright infringement by those who would otherwise reproduce and steal the material. Under the Act, circumventing TPMs or offering services to the public for the purposes of circumventing TPMs are both prohibited. Digital locks are often placed on software, restricting access for the purposes of diagnosis, maintenance and repair. Canada’s strict statutory restrictions surrounding digital locks mean that consumers and unlicensed repair service providers are not allowed to bypass the protection measures for the purposes of repairing electronic devices. There should be an exception created to permit an individual to do a repair.

Legislation on right to repair

Although the current statutory prohibitions on bypassing digital locks are strict in Canada, recent proposed amendments are aimed to alleviate some of the barriers that consumers face in accessing “locked” computer programs. Pending federal bill C-272 proposes that consumers should be permitted to access computer programs for the sole purpose of diagnosis, maintaining or repairing a device in which the program was implemented. This bill is unlikely to be passed before an expected fall federal election. (As of June 2, 2021, the bill has gone through second reading and been referred to the Standing Committee on Industry, Science and Technology).

The limited attempts by the provincial government at right to repair legislation have also been unsuccessful. Bill 72, which was introduced in the Ontario legislature in February 2019, was voted down in May of that year.

Noel Courage is a partner and patent attorney at  Bereskin & Parr LLP in Toronto. His practice focuses on patenting and licensing inventions. He can be reached at ncourage@bereskinparr.com. Bonnie Hassanzadeh is a law student workin with Bereskin & Parr LLP. 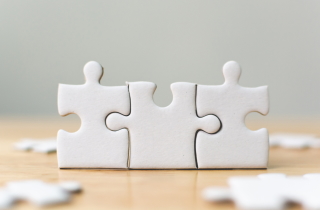