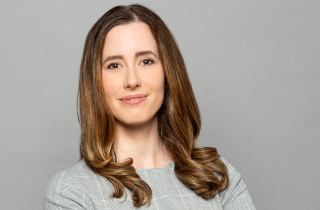 A recent Law Commission of Ontario (LCO) report has highlighted the use of Probabilistic Genotyping (PG) DNA tools in Canada’s criminal courts and warns that “absent proper scrutiny, process, and legislation, there is a risk that AI tools, including PG DNA algorithms, will worsen racism in Canada’s justice system, and put access to justice further out of reach for many Ontarians.”

The report, released June 30, explained that PG is “the use of artificial intelligence algorithms to analyze DNA samples collected in police investigations or criminal prosecutions.”

The report warned that “failure to study, understand, and regulate these tools can have significant system-wide and individual repercussions.”

Kate Robertson, associate at Markson Law and research fellow with The Citizen Lab

Kate Robertson, a co-author of the report, told The Lawyer’s Daily that the report has “identified a number of comprehensive and pressing areas of reform” in this area.

She noted that probabilistic genotyping is already being used in criminal prosecutions in Canada and that “justice system participants, including the lawyers that are tasked with handling these cases and enforcing the human rights, and Charter rights and criminal prosecutions, will need to be alive to the complexities surrounding this type of evidence as well as the risks associated with the evidence that require systemic safeguards to prevent against rights violations and wrongful convictions.”

Robertson, an associate at Markson Law and a research fellow with The Citizen Lab, co-authored the report with Jill Presser, who was appointed as a judge of the Superior Court of Justice of Ontario on July 2 shortly after the report was released.

Robertson explained that part of the purpose of this report was to draw attention to the “dangers surrounding this evidence and identifying a path forward” for both governments and justice system players.

The report highlighted automation bias as one of the “unique challenges” raised by PG’s use of AI. According to the report, justice system participants “may be inclined to accept the evidence generated by PG DNA tools, without adequate consideration of their scientific validity or accuracy.”

“This is in part because of the well-documented tendency of lay people to be favourably impressed by expert scientific evidence. Studies reveal that members of the public see DNA evidence, in particular, as reliable, accurate, and authoritative,” the report explained, noting that “many studies have found that jurors see DNA evidence as more than 90 [per cent] accurate.”

The report noted that “in the case of PG AI tools, the tendency of lay people to be impressed by DNA evidence is exacerbated by automation bias.”

“This is the cognitive tendency to be impressed by, and defer to, the outputs of apparently scientifically and technologically advanced artificial intelligence tools. Since PG purports to analyze DNA evidence using artificial intelligence, it marries two types of tools that are regarded as highly authoritative by lay people,” the report added.

The report also noted “barriers to transparency and due process arising from private sector involvement” as a unique challenge due to the “inner workings of PG AI tools” being “difficult to discover, evaluate, or litigate because their developers typically resist making meaningful disclosure.”

“Market leading PG tool TrueAllele has forcefully resisted efforts to require it to disclose its source code or algorithms,” the report explained, adding that as of January 2017, “defendants in at least seven U.S. states had sought disclosure of TrueAllele’s code in their criminal cases.”

“Disclosure was denied in all cases on the basis of the developer’s right to protect its intellectual property,” the report noted.

“The other market leading PG tool, STRmix,” the report explained “will make its underlying information, including source code and foundational validation research, available to defence experts for review upon signing a nondisclosure and confidentiality agreement. However, the restrictions placed on this defence access are so extensive that one is left wondering whether there is much utility in it at all.”

According to the report, one defendant in Quebec, to date, has “sought to obtain disclosure in a criminal case in respect of the STRMix, including the validation study performed by Quebec’s forensic science laboratory,” but the court “rejected the defendant’s application for disclosure.”

Robertson noted that in industries outside of criminal justice where automation has been introduced “there is a well-documented and researched propensity among humans to infer that information generated by an algorithm is reliable as a result of the fact that it was generated by a computer.”

“That’s the case even in circumstances when we have reasons to doubt the reliability of that computer system and so automation bias is a persistent problem when it comes to probabilistic genotyping evidence because there are inherent frailties and sources of unreliability in that evidence,” she said, stressing that there is a “real risk” that jurors and judges will not understand that people are “factually innocent.”

Robertson said that one of the critical ways to guard against wrongful conviction, particularly in cases involving “novel forensic science that are fertile ground for wrongful conviction,” is to ensure due process and access to disclosure. She warned that “lack of transparency” surrounding this type of evidence as an issue.

She also noted that “the public has come to understand that traditional methods of analyzing DNA are viewed as a gold standard in forensic science and we’ve seen that traditional DNA evidence has even been capable of exonerating individuals who are historically wrongfully convicted.”

However, she stressed, “PG DNA evidence should not be equated with this type of gold standard.”

“The method that this algorithm relies on does not confirm that a particular person is a source of the DNA sample at issue. Instead, the technique generates probabilities by comparing two hypotheses and it produces evidence as to which hypothesis is more correct. But at no point does the PG tool represent stand-alone evidence of the probability in the real world that the defendant actually contributed to the DNA and this conceptual distinction is extremely difficult for the human mind to grapple with,” she told The Lawyer’s Daily.

She warned that this forensic method is also “inordinately complicated and it will pose persistent barriers to the protection of human rights and fair trials when this evidence is being relied on, in part because it can be so difficult for judges, lawyers and computer scientists to understand the limitations of this technique.”

“The Law Commission of Ontario has made a number of recommendations that are directed towards steps that the government should be taking at the provincial level and territorial level in order to safeguard against wrongful convictions and rights violations,” Robertson said, noting that one of the recommendations is a review of legal aid programs “to ensure that defendants who are legally aided are able to access justice by being represented by lawyers who are competent and trained to address these types of novel forensic techniques.”

“But it’s difficult to put the burden of this exercise solely on the shoulders of individual lawyers who themselves cannot be expected to be experts in their own right,” Robertson said, adding “access to training programs and systemically imposed safeguards, like access to disclosure, is critical in order to prevent miscarriages of justice which are most likely to fall on the shoulders of vulnerable communities who are already disproportionately affected by Canada’s justice system.”

Along with the review of legal aid, the report issued four other recommendations, which include: statutory amendments “focused on the use of PG DNA analysis as evidence”; statutory amendments “focused on enhancing systemic transparency and accountability”; practices and training (such as “establishing prosecutorial guidelines concerning the use of PG DNA evidence in criminal proceedings” and “developing access to training programs for all justice-system participants”); and further research and evaluation, with specific attention being paid to “PG DNA methods and their potential for bias.”