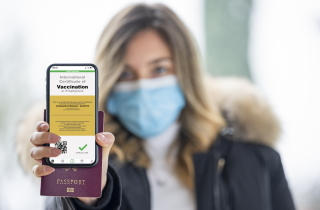 On July 19, 2021, the government of Canada announced its intention to open Canada’s borders to fully vaccinated travellers in a two-step reopening plan. As a first step, effective Aug. 9, American citizens and U.S. permanent residents will be permitted to enter Canada. Following this preliminary step, on Sept. 7, Canada will open its borders to all other travellers.

While the announced border adjustments are a significant step forward, they are not an end to the almost 17-month-long border closure since travellers must still meet certain criteria in order to enter Canada. For instance, whereas previous orders-in-council relating to the United States applied to anyone coming from there, the rules allowing for quarantine exemptions apply only to American citizens and green card holders. Those on long-term work permits and those passing through the U.S. don’t qualify. In addition, those who appear to qualify must still meet certain criteria. Namely, they must be fully vaccinated at least 14 days before entering Canada with a Canada-approved vaccine, i.e., Pfizer, Moderna, AstraZeneca or Johnson & Johnson.

The upcoming easing of border restrictions will result in greater freedom of movement. However, these highly anticipated adjustments have already raised many questions and concerns for travellers and the government. In particular, the requirement that travellers be fully vaccinated has precipitated discussions about the introduction of “vaccine passports.”

From a public safety standpoint, the introduction of some type of vaccine certification may be a logical course of action. Since fully vaccinated individuals have a decreased risk of infecting others, allowing them access to certain activities and limiting access to others could be the best possible way to accelerate the society’s return to “normal.” However, vaccine passports have raised privacy, equity and integrity concerns.

In a statement issued on May 19, 2021, the Office of the Privacy Commissioner of Canada called upon the government to consider the privacy implications of vaccine passports at the earliest opportunity. The statement indicated that “At its essence, a vaccine passport presumes that individuals will be required or requested to disclose personal health information — their vaccine/immunity status — in exchange for goods, services and/or access to certain premises or locations. While this may offer substantial public benefit, it is an encroachment on civil liberties that should be taken only after careful consideration.” While there should be no argument that vaccine passports must meet the highest privacy standards, the practical approach to ensuing privacy is less clear. The commissioner has stated that introducing new laws or amending the existing laws may be a first step.

Another issue is “vaccine equity,” resulting from the uneven access to vaccines. There is a large gap between the number of doses administered in low-income countries and high-income countries. In addition, domestically, there are differences in vaccination rates based on income, education level and race. According to Statistics Canada, “Those making under $90,000 a year (75.4%) were less likely to be vaccinated than those earning more income (85.1%). Similarly, when looking at differences by level of education, 68.0% of those with a secondary school education or less were vaccinated, compared with 85.4% of those with a postsecondary degree. These gaps were wider among Indigenous adults, with higher income earners (80.5%) more likely to be vaccinated than lower income earners (54.0%), and those with a postsecondary education (80.1%) more likely to be vaccinated than those without (46.1%).”

In terms of integrity, there are already several reports of travellers uploading false vaccination documentation to the ArriveCan App. In fact, vaccine passports have given rise to a vaccine-related darknet where sellers are advertising and selling fake vaccines and vaccine passports.

Meanwhile, several countries have already introduced their version of a vaccine passport, allowing people to travel across borders and access certain venues. For example, in France, people must show their digital COVID pass in order to travel and for domestic purposes, and Israel’s green pass allows people to attend large events and enter certain public spaces. Other countries, such as the U.S., have ruled against federal vaccine passports citing privacy concerns. Canada has yet to announce the details of an accepted proof of vaccination, however, the prime minister has announced that the federal government will be responsible for international travel while domestic travel will be under the jurisdiction of provinces.

While vaccine passports could facilitate a speedier return to normal, questions around privacy, equity and integrity need to be addressed. Furthermore, greater attention needs to be paid to operationalizing these passports given that health is a matter of provincial jurisdiction and borders are federal. The immigration system is already faced with a staggering backlog of applications and employees of the Canada Border Services Agency may begin a strike on Aug. 6, just three days before Canada opens its border to U.S. citizens and permanent residents. There are also unanswered questions about the new COVID variants and booster shots. There is much work for governments to do.

Ravi Jain is a managing senior lawyer at Green and Spiegel LLP and a certified specialist in citizenship and immigration law by the Law Society of Ontario. He is the immediate past national chair of the Canadian Bar Association Immigration Section.