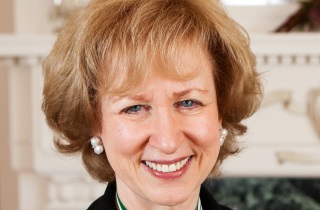 Two-thirds of the jurists who applied for the latest Supreme Court of Canada vacancy filled by ex-Ontario Court of Appeal judge Mahmud Jamal, were Indigenous, or members of visible minorities, according to the independent board which last May recommended three candidates to Prime Minister Justin Trudeau, including Justice Jamal.

That five Indigenous jurists and seven self-described members of a visible minority applied to replace Justice Rosalie Silberman Abella, who retired July 1, marks the first time, under the new application process initiated by the Liberal government in 2016, that racialized jurists have made up the bulk of applicants vying to reach the pinnacle of the court system — culminating last month in the widely applauded appointment of Justice Jamal, the first judge of colour in the Supreme Court’s 146-year history. Notably more Indigenous and racialized jurists stepped up to apply than for the past three vacancies.

Kim Campbell, chair of the Independent Advisory Board for Supreme Court of Canada Judicial Appointments

Significant too for this fourth Supreme Court vacancy filled by the present Liberal government was that many more women put themselves forward, for the first time outnumbering male applicants — 11 to 7, according to demographic information the independent advisory board headed by ex-prime minister Kim Campbell disclosed in the July 28 report her board made to Trudeau, that was recently unveiled by the federal Department of Justice (DOJ).

Although a record number of women applied to succeed Justice Abella, a feminist and human rights icon, Justice Jamal’s appointment reduced the court’s complement of female jurists from four to three of its nine members — a milestone first achieved in 1989 when Beverley McLachlin made history as the third woman appointed to the Supreme Court of Canada. The highest complement of women on the court at any one time, thus far, is four — a number reduced by Abella’s departure last month.

While it would be a historic breakthrough for women to attain a five-judge majority on the highest court, of the four Supreme Court appointments the Trudeau Liberals have made since taking power in 2015, three were men — with Justice Sheilah Martin the sole female jurist.

The remaining two women on the Supreme Court are Justices Andromache Karakatsanis and Suzanne Côté (both appointed by Conservative governments). (To put this into a larger context, the Trudeau Liberals have appointed and elevated women to the federal superior courts below the Supreme Court of Canada at a higher rate and number than predecessor governments. According to the DOJ, more than half of its appointees are women, and it has also appointed more jurists who identify as visible minorities, Indigenous, LGBTQ2+, and as having a disability. It should be pointed out as well that for the previous Quebec vacancy on the Supreme Court, filled in 2019 by Justice Nicholas Kasirer, only one woman applied, while 11 men did; there were no applications at all from jurists who self-identified as a visible minority, Indigenous, LGBTQ+ or as having a disability.

Although there were a record number of applications from women, Indigenous and visible minority jurists for Justice Abella’s Ontario seat, The Lawyer’s Daily was not able to find out how far along the dozen diverse jurists got in the appointment process.

How many of the 12 diverse jurists made it through the initial cull to get the prerequisite interview with the advisory board? How many (if any) were disqualified because they failed the language testing, which must be passed to demonstrate that a candidate meets the government’s insistence that a jurist must be functionally bilingual in both official languages? Most importantly, perhaps, how many women and Indigenous applicants actually made it onto the three-person short list from which the prime minister chose (obviously Justice Jamal did)?

Unfortunately the advisory board has not disclosed that key information, a practice it has observed (more or less) since the Liberals rolled out their new Supreme Court application process in 2016.

“In order to respect the reasonable privacy interests and expectations of candidates, details regarding short-listed candidates are not made public, and I can therefore not provide any information in response to your questions,” Philippe Lacasse wrote in an e-mailed statement on behalf of the Office of the Commissioner for Federal Judicial Affairs, which provides administrative support to the advisory board.

Asked for his comment on the larger number of women, Indigenous and racialized applicants for the latest vacancy, Canadian Bar Association (CBA) president Brad Regehr of Winnipeg said it was a positive development.

“The Canadian Bar Association has long advocated for wider diversity on the federal bench, including the Supreme Court of Canada,” he said by e-mail. “We have specifically called for more Indigenous representation on appellate courts. We welcome the increase in the number of applicants from diverse backgrounds.”

Asked whether the CBA is concerned by the declining number of women on the highest court, and by the fact that an Indigenous jurist was not appointed, despite years of lobbying for such a landmark appointment, Regehr responded: “We are happy that, with the nomination of Justice Mahmud Jamal earlier this year, the Supreme Court will be more reflective of the population it serves. ... The CBA has long called for judicial appointments based on merit that reflect the diversity of the Canadian population. That includes lawyers who are women, Indigenous, or members of racialized and other diverse groups. More needs to be done to achieve and to sustain that.”

Justice Minister David Lametti and Campbell were both asked during a June 22 appearance before the Commons justice committee, where the pair spoke to the excellence of Justice Jamal’s nomination and to the process leading up to it, whether they were concerned that his appointment would reduce the number of women serving on the Supreme Court.

“Yes — it’s one of the criteria,” Lametti replied. “We do want to achieve gender parity on that court, and it remains an overarching priority.”

Campbell pointed out that “there is another Ontario [Supreme Court of Canada] seat that will be up in 2022” when Supreme Court Justice Michael Moldaver reaches mandatory retirement.

“These are difficult choices,” Campbell observed, adding that “there is no question” that the prospect of fewer women on the highest court “was a consideration.”

“At the end of the day, the prime minister made a choice to have a new, hitherto unrepresented or not present form of representation on the court,” she observed. “Those are difficult choices, but I think there’s no question about it, that this is a concern.”

With respect to the growing pressure to appoint the first Indigenous jurist to the highest court, Campbell noted she herself predicted, when Justice Martin was appointed in 2017, that an Indigenous judge would be appointed in the next four or five years. “I would just say that the [advisory] committee was very keen, if possible, to find an Indigenous candidate,” she remarked. “There’s still the challenge of language; there is bilingual functional ability among Indigenous people, sometimes with lawyers who are still junior.”

“There is no compromise made with respect to quality,” she emphasized. “The notion that if you go for diversity, you’re not going to have quality is a load of rubbish.”

She elaborated,  “in today’s legal community in Canada we have outstanding jurists and lawyers from all different backgrounds and characteristics. ... In the four times I have been involved in the [Supreme Court appointment] process, it has always been very encouraging to see the quality of the people who apply. Some of them are maybe a bit junior, but full of promise. There hasn’t been a single application that we felt was delusional or whatever. On the contrary. And what we do is try to compare them to a peer group and to the outstanding members of the current court.”

A review by The Lawyer’s Daily of the past reports from the advisory board on Supreme Court appointments discloses that, for the most part, the number of applicants who are women and other diverse candidates has been growing — a goal heavily promoted and pursued by the current government as well as its independent advisory board.

In 2017, 14 jurists applied for the Western vacancy later filled by Justice Martin, of which six were women (43 per cent); three were Indigenous (21 per cent of all applicants); and none self-identified as being from a visible minority, or having a disability, or being LGBTQ+.

In 2016, 31 jurists applied for the Atlantic vacancy ultimately filled by Justice Malcolm Rowe (the application process was opened to jurists Canadawide), including 13 women (42 per cent), four Indigenous jurists (13 per cent of all applicants); three jurists from visible minorities (10 per cent); and two jurists each who were LGBTQ+ (six per cent) or had disabilities (six per cent).

Troubled by the dearth of women and other diverse candidates applying in 2019 for the Supreme Court vacancy created by the unexpected departure of Justice Clément Gascon of Quebec, the advisory board commented in its report at that time that it was “preoccupied by the very limited number of women, as well as members of ethnic or cultural groups, visible minorities, Indigenous peoples, persons with disabilities, and LGBTQ2 applications for this process. The Advisory Board recognizes that it is impossible to predict an early retirement. Likewise, the timeframe within which to submit applications was particularly short for this process. Despite these factors, the Advisory Board recommends that thought be given in this regard in order to encourage and improve the level of diversity in the applications. The Advisory Board already writes, at the beginning of these processes, to numerous legal and judicial organizations in order to attract a wide variety of candidacies. That being said, the government or parliamentarians could consider, for example, a sustained discussion with members of the judiciary and imminent jurists regarding the best candidates for the court, as well as the realities of sitting on the Supreme Court of Canada in order to overcome the reluctance of some to apply.”

Campbell has remarked that jurists’ reluctance to move to the Ottawa area — a mandatory requirement — has deterred some outstanding candidates from applying for the highest court.

The mandate of the non-partisan advisory board is to confidentially identify, for the prime minister, three to five candidates of the highest calibre, who are functionally bilingual, “and are representative of the diversity of Canada.”

The board, which includes representatives of law societies, the bar association and others, has stated that Trudeau has appointed from its short list for each of the four Supreme Court vacancies thus far.