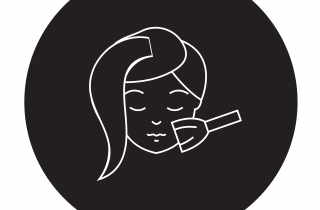 The developments in the Canadian prostitution laws in response to the ruling of Canada (Attorney General) v. Bedford [2013] 3 S.C.R. prompt an examination of the effectiveness of the new laws governing sex work. Until 2013, the act of prostitution was legal but the following prostitution-related activities were criminalized under the Criminal Code of Canada: (a) living on the avails of prostitution, (b) soliciting for the purpose of prostitution in public, and (c) operating and being in a common bawdy house or brothel. In 2007, three sex workers, Terri-Jean Bedford, Amy Lebovitch and Valerie Scott, challenged the legitimacy of prostitution laws in Canada.

The applicants maintained that Canada’s prostitution laws are unconstitutional because the prohibition of prostitution-related activities violates s. 7: the right to life, liberty and security, and s. 2(b): the right to thought, belief, opinion and expression of the Canadian Charter of Rights and Freedoms. In their view, ss. 210, 212(1) and 213(1) endanger the lives of sex workers by restricting them from communicating with clients in public and working at a brothel with security cameras and other protective utilities, both of which could prevent prostitutes from harm. In 2013, the Supreme Court of Canada found that the three provisions of the Code were unconstitutional and decided to strike down the prostitution laws in Canada.

On Sept. 29, 2014, Bill C-36, the Protection of Communities and Exploited Persons Act was implemented in response to the Bedford ruling. This bill is grounded on the Nordic model of prostitution policy that aims to decrease the demand for sex work that drives sex trafficking by asymmetrically criminalizing the buyers and third-party profiteers of prostitution while decriminalizing the individuals selling sexual services.

Bill C-36 targets the clients by criminalizing the purchase — but not the sale — of sexual services. It also targets the pimps by making it a criminal offence to obtain material benefits that are derived from the sale of a sexual service. In so doing, this bill strives to protect sex workers from exploitative associates. Bill C-36 also prohibits the advertisement of commercialized sexual services and permits the removal of such advertisements on the Internet. It places the onus on the advertising agencies to refrain from knowingly promoting an offer to provide sexual services for consideration or money without restricting prostitutes from advertising their services. If such services are advertised, it is the advertising agency — and not the sex worker — who will be prosecuted for committing a criminal offence.

Additionally, Bill C-36 seeks to tackle sex trafficking by expanding the Code’s definition of a weapon to include “anything used, designed to be used or intended for use in binding or tying up a person against their will.” Under this section, a person who is found trafficking women for prostitution will be prosecuted and imprisoned for a minimum of four years. Lastly, Bill C-36 reformed the three provisions of the Code outlawed in the ruling of Bedford. This legislation renders it a crime to solicit for the purpose of prostitution in the presence of minors in a public arena. Living on the avails of prostitution and operating or working in a bawdy house or brothel are no longer considered a criminal offence under the Code.

Bill C-36 complicates the procedure of prostitution and endangers the lives of sex workers by restricting certain aspects of sex work, thereby reversing the constitutional progress of Bedford. This legislation limits the scope of communication by prohibiting soliciting for the purpose of prostitution in the presence of minors in a public arena. This endangers the lives of prostitutes who may go to remote areas to converse with their clients or rush into vehicles without sufficiently screening the clients.

The prohibition of commercialized advertisement of sexual services adversely impacts prostitutes who are unable to attract clients due to their inability to find an advertising agency that is willing to advertise their services. The anti-trafficking laws under Bill C-36 impair racialized sex workers by giving police the undue power to intrude when they suspect that women are being trafficked for prostitution. This has exacerbated the aggressive policing of migrant Asian sex workers who have been charged and deported for alleged involvement in sex trafficking. By giving police a free pass to charge and deport racialized sex workers, Bill C-36 has created a climate of fear among prostitutes and compelled them to work in remote areas.

Criminalizing the purchase of sexual services financially impairs prostitutes and puts them at a greater risk of being infected with sexually transmitted diseases, as evident in Sweden. After the implementation of the Nordic model, prostitutes in Sweden engaged in unprotected sex with clients. This is attributable to the fact that their inability to negotiate sexual services and adequately screen clients because of the clients’ fear of arrest diminished their power to demand safer sex. They also reduced their prices in pursuit of attracting more clients given that there are fewer clients on the streets of Sweden after the law reform, which is detrimental to their economic well-being.

Sex workers in Sweden also refrain from carrying and using condoms during intercourse since police officers often search for condoms as evidence for involvement in prostitution. The enforcement of the Nordic model further aggravated the stigma attributed to sex work and in so doing, rendered it difficult for prostitutes to access housing and health-care services. Their involvement in unprotected sex combined with their inability to access health-care services heightened the risk of being infected with sexually transmitted diseases.

The case study of Sweden exemplifies the shortcomings of the Nordic model and sheds light on the need to reform Bill C-36 using an alternate model of prostitution policy. Decriminalizing all prostitution-related activities would be a more effective approach to addressing the pressing issues raised in Canada v. Bedford. The implications of decriminalizing all aspects of sex work will be explored in the next article followed by an analysis of the arguments against the decriminalization model of prostitution policy.

This is the first part of a two-part series.