A B.C. man who has spent more than three decades in prison for a crime he says he didn’t commit has been dealt a blow after the provincial Court of Appeal dismissed an attempt to have his conviction overturned.

Phillip Tallio, an Indigenous man from Bella Coola, B.C., pleaded guilty to killing and sexually assaulting his 22-month-old cousin Delavina Mack in 1983, after which he received a sentence of life imprisonment with no chance of parole for 10 years. But he has long maintained his innocence since then, saying he didn’t understand the plea deal he was given, that his counsel was ineffective, that the police investigation was inadequate and DNA evidence exonerated him.

But the B.C. Court of Appeal rejected those arguments in a ruling Aug. 19, writing that he was unable to establish that he did not understand what the term “guilty plea” meant or appreciate he was admitting to sexually assaulting and killing Delavina, and that the DNA evidence was inconclusive. The three-judge panel also wrote Tallio’s credibility and reliability were affected by the fact he has “advanced inconsistent and irreconcilable alternative positions” throughout the course of his challenge.

“It is understandable that Mr. Tallio might have limited recall of events that transpired, conversations that took place, or documents that he signed decades ago,” the court wrote in R. v. Tallio 2021 BCCA 314. “However, his selective memory and lack of recall when questioned about his upbringing and youth criminal court history were such that he professed to be unable to remember matters he had recently sworn to in his affidavits. Our impression was that he often claimed he could not remember when presented with evidence that was unfavourable to him yet was forthcoming with information that was supportive.” 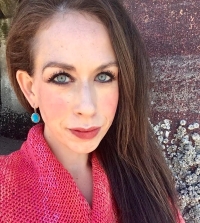 Rachel Barsky, who represented Tallio, said the decision was disappointing and she was considering seeking leave to appeal to the Supreme Court. He is currently back in custody.

“We knew that this was a possibility, and you can’t guarantee any outcome in any case in court — so we will just continue on,” said Barsky, who has been involved in the case ever since she was a law student at the University of British Columbia. “This was a difficult case but one that I really believe in.”

Isabel Grant, who teaches criminal law at UBC, said she felt the case hinged on the credibility issue.

“The defence’s arguments were too much of a moving target and his evolving story made it hard to really get a handle on what the defence was,” she said. “The defence position kept changing as new evidence undermining a previous position emerged — and I think that the court simply didn’t believe him as a result.” 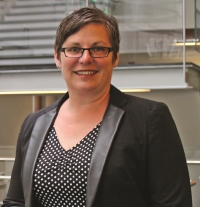 And Debra Parkes, a fellow criminal law professor at UBC, said she couldn’t comment on the specifics of the case but felt it showed that Canada’s system of rooting out wrongful convictions is inadequate.

“It took so long to get to this point,” she said. “I think it is incumbent on our legal system to have a functioning process to try to meaningfully understand when there might be a wrongful conviction, and to have a process for remedying it if there is.”

That process could be along the lines of an independent criminal case review commission like they have in the U.K. and New Zealand, said Parkes. She noted the federal government has set up a consultation to review the possibility of such a commission.

“There have been calls to do something for decades but there hasn’t been the political will to do it,” she said. “There is a kind of common-sense idea that people wouldn’t plead guilty to something they wouldn’t do but we have so much evidence that it does happen, not only in cases of so-called forced or coerced confessions but also people who are vulnerable due to their youth, mental health issues or discrimination in the justice system.”

B.C.’s Prosecution Service declined to comment on the decision.