The Manitoba Court of Queen’s Bench on Aug. 25 becomes what is believed to be the first court in Canada to apply a mandatory COVID-19 vaccination policy to its judges, judicial assistants and others, but it likely won’t be the last court to do so, as more public- and private- sector employers adopt vaccine mandates amid a fourth COVID-19 wave driven by the delta variant and unvaccinated people.

New signs posted in the Winnipeg court complex this week announce that, effective Aug. 25, 2021, only those who have been double-vaccinated may access the chambers of the 44 judges of Manitoba’s superior trial court (including judges and their judicial assistants, unless they have bona fide medical reasons not to vaccinate. This edict does not apply in courtrooms).

The Lawyer’s Daily has also learned that, effective Sept. 6, the first day of the fall court term in Manitoba, that absent medical reasons, Queen’s Bench judges who are not fully vaccinated against COVID-19 (including having completed the 14-day post-vaccination wait period) will not be assigned to the court’s rota by their chief justice, Glenn Joyal, “until further notice.” 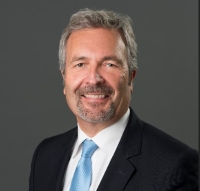 In an exclusive interview, Chief Justice Joyal explained that his court is rolling out a mandatory COVID-19 policy to protect the health of its judges, court staff, court users and the public, and to ensure that the Court of Queen’s Bench and its personnel are able to carry on providing their essential services as the court opens up with more trials planned to take place in person on court premises in the fall.

“We must ensure that we ourselves are not unknowingly transmitting the virus asymptomatically or otherwise, to those individuals who may not be vaccinated and who, for whatever reason, as an accused, a litigant, a witness or counsel, may be compelled to attend to the Law Courts Complex as a participant in the Manitoba justice system,” Chief Justice Joyal told The Lawyer’s Daily. “It is critical that all Queen’s Bench judges and their assistants take all necessary and reasonable health precautions to remain healthy and to ensure their capacity to provide this court’s judicial service, which is an essential part of providing access to justice for all Manitobans in family, child protection, criminal and civil proceedings.”

The chief justice pointed out that “for every unvaccinated individual who becomes infected, there exists the potential for what should concern us all: mutation of new and evermore present and dangerous variants. Accordingly, any Queen’s Bench judge who remains unvaccinated is in a particularly vulnerable position and, in turn and by extension, is in a position to pose a particular risk to others — vaccinated or unvaccinated.”

The moves by the Manitoba Court of Queen’s Bench followed an Aug. 20 story by The Lawyer’s Daily which raised questions about what the federal judiciary across Canada is doing to ensure its 1,200 members and also its court staff are vaccinated against COVID-19, given that federally appointed judges are likely not covered by the vaccine mandate for federal public servants announced by Ottawa Aug. 13.

Chief Justice Joyal said he believes that the vast majority —  if not all — of the judges of his court are already vaccinated or are in the process of being vaccinated, and that most judges and judicial assistants — if not all — agree with the mandatory vaccination policy he notified them about Aug. 20. He said he has not received any pushback. “My colleagues generally are very supportive because they are responsive, and I think engaged, members of a legal profession and a society that knows it’s grappling with an unprecedented health issue,” he remarked.

As for enforcing his court’s vaccine mandate, the chief justice said he is going to assume each judge is vaccinated, unless he or she tells him or the associate chief justices they’re not. He said he does not anticipate having to question either judges or their judicial assistants about whether they are vaccinated. Rather he expects, applying the honour system, that judges and assistants will step up to volunteer the information if they aren’t fully vaccinated — even if they disagree that they have an obligation to vaccinate against COVID-19. “We accept that there is an honour in the judiciary, and if someone is not going to be vaccinated I think, and particularly for the judge, they will be honourable and forthright enough to say so,” he emphasized. “I have every confidence, given the important public health imperatives, that is not going to be an issue.”

The chief justice said persons who want to access the judges’ chambers, but who don’t regularly work there, should be prepared for inquiries about their COVID-19 vaccine status.

He also acknowledged that a judge who discloses s/he is unvaccinated without a medical reason will remain on full pay — even when he or she is not assigned any judicial duties.

The chief justice answered that his authority to not assign work to a judge who declines to vaccinate without medical reasons derives from the judiciary’s constitutional authority to administer its courts, as does his authority to control access to the judges’ chambers.

“This isn’t about chief justices being heavy-handed with their respected and honourable colleagues,” he explained. Rather, scheduling is “done proportionately, and done with hopefully objective and justifiable criteria, so in this case, for all the reasons I’ve given, initial assignments, or the lack thereof, would be connected to the public health justification ... ”

(A chief justice cannot fire a recalcitrant puisne judge, nor can a chief justice fire judicial assistants or other court workers as they are employees of the federal or provincial governments. The constitutional guarantees of judicial independence and financial security for judges also make it difficult, if not impossible, to suspend without pay any federal judge — even in cases where a judge stands accused of serious misconduct and is ultimately recommended for discipline or removal by the Canadian Judicial Council (CJC).)

Chief Justice Joyal said the Manitoba Court of Appeal and the Manitoba provincial court are devising their own approaches to COVID-19 vaccinations for judges. “We are all grappling with this, and this is not an easy issue” he remarked. “Every court is different, and every court will do what they have to do because of the size of its chambers, and the nature of the work they do, and the nature of the exposure they have to members of the public.”

Asked whether the public, the judiciary and the legal profession can expect any national guidance or advice on judicial COVID-19 vaccinations from the CJC, Chief Justice Joyal, one of its vice-chairs, said the executive of the council of 41 federally appointed chief- and associate-chief justices is discussing the issue, and it will likely come up in September at the council’s next full meeting. “I have every confidence that everybody’s engaged with this issue, everybody’s aware of it, and I think, in due course, everybody will be taking positions of some sort.”

Asked what can be done in his court if a judicial assistant who is called back to work in chambers discloses s/he is choosing, without a medical reason, not to vaccinate for COVID-19 — and therefore is barred from entering chambers and can’t fulfil his or her job duties — Chief Justice Joyal said possible employment repercussions would be a matter for his/her employer, the provincial government.

Chief Justice Joyal also noted that the COVID-19 vaccine policy was adopted by his court as part of an independent judiciary, and is not connected to, nor follows, the vaccine mandate recently announced by Ottawa for the federal public service.

“This is an approach made by the judiciary mindful of its independent institutional status and its responsibility to all Manitobans in the performance of its judicial function,” he stressed.