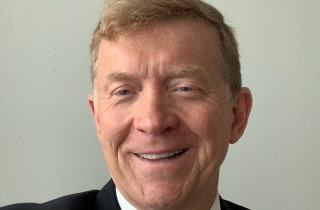 Over 60 per cent of small- and medium-sized businesses plan mandatory vaccinations for employees: poll

Over 60 per cent of small- and medium-sized businesses in Canada have plans to make COVID-19 vaccinations mandatory for their employees, according to a new report from a major law firm.

The survey from KPMG polled 505 Canadian business owners and decision makers between Aug. 6 and Aug. 15 and comes as employers are starting to bring their employees back to the workplace. The report also shows 84 per cent support for vaccine passports to perform certain jobs or enter certain places, with 85 per cent of male respondents supporting passports versus 79 per cent of women.

Norm Keith, a partner in employment and labour law at KPMG, said employers have a legal duty to protect their workers, and evidence shows that the best way to do that is through vaccination requirements.

“There really seems to be a growing momentum and consensus that this the right thing to do and the best thing to do,” he said. “There is a collective group of duties and responsibilities that really require all workplace stakeholders to work together to achieve the safest workforce possible. And it’s hard to conceive of that without a mandatory proof of vaccination policy.”

Conversations about bringing in such a policy is usually accompanied by a second one about whether such a move is lawful or not. But Keith said he felt mandating proof of vaccination would largely pass legal muster, subject to several important considerations. He noted employers have a legal obligation to keep their workers safe but there is a duty to accommodate medical and religious exemptions protected by human rights law. They should also be assessing whether alternative measures such as rapid testing, social distancing and minimizing time worked in close proximity to others can also be considered, he said.

“The other more controversial, and perhaps less clear, issue is to what extent an employee has confidentiality or privacy expectations about their vaccine status or data,” he said. “Only three out of 10 Canadian provinces have privacy laws, and those laws don’t explicitly deal with vaccine policy during a pandemic. But there is some guidance from privacy commissioners saying if you do have a mandatory proof of vaccination policy you need to follow some basic principles, which include collecting as little information as possible and destroying the data once you no longer need it.”

Robert Russo, a lawyer and lecturer in employment and labour law at the University of British Columbia, agreed that employers can legally require their workers to prove their vaccination status. But he also noted the approach is slightly different in unionized and non-unionized environments.

“For non-unionized workforces a lot of people don’t know that employers can let you go for no reason at all — they just have to give you notice or severance pay. So, their concern is making sure there are accommodations for medical or religious concerns,” he said. “And they should also design the policies in such a way that makes business sense — most of them probably don’t want to fire employees, so they can put in a policy that says if some employees choose not to be vaccinated, they can be reassigned to another job or work from home.”

But what path to take in a unionized workplace is trickier because terminating employees is something all unions would likely oppose, said Russo.

“You could impose other measures like unpaid administrative leave, and under some collective agreements you could reassign employees to different work where they wouldn’t be in contact with other employees,” he said. “And in some cases, depending on what the collective agreement says, if a person has been doing their work remotely for the last year and a half, and it is working out well, they could argue they should be allowed to do that in lieu of being vaccinated.”

However, if employees are terminated it is likely that there will be litigation on the issue. But Russo feels that it will not be as widespread as some people might think.

“There will be cases where people say it is my constitutional right not to have something injected in my arm, and I think they will largely fail. COVID-19 is an unprecedented and dangerous situation and there is a compelling case to be made that if you are working with others, certainly members of the public, then you need to get vaccinated,” he said. “But there will be other litigation which involves employers who aren’t careful in designing their policies and don’t provide exemptions — those are cases which will come up generally before a human rights tribunal and be seen as genuine issues, but they will be the exception rather than the norm.”

Keith said the issue of safety will ultimately be paramount in most of the legal challenges which are brought.

“Past human rights cases involving health-care workers who refuse to get an influenza vaccine without a lawful human rights objection have largely failed,” he said. “Just because you don’t want to get vaccinated doesn’t mean the law supports your position — you might choose to maintain that as an individual and in a free and democratic society we respect that right, but there is no right of a worker to put the health of their co-workers or the public at risk.”

More information about the KPMG survey can be found here.