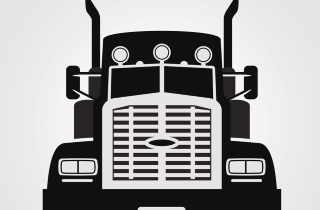 Consider this scenario: an employee suffers an injury at work, takes a medical leave, undergoes surgery and asks to return to work with significant restrictions on their ability to perform the basic tasks associated with the role. Most employers can relate to this scenario all too well and are familiar with the delicate balance that exists between the employer’s duty to accommodate and the point of undue hardship.

These circumstances were present in the recent decision from the Canadian Human Rights Tribunal, Petrovic v. TST Overland Express 2021 CHRT 26. This decision considers the reasonableness of a federally regulated employer’s decision not to accommodate a disabled employee.

As these situations are highly fact dependent, the facts of the case are summarized for context. Goran Petrovic was a commercial tractor trailer driver for TST from 2010 until 2014. In 2011, Petrovic’s position at TST required him to drive locally and load and unload up to 2,000 pounds using a manual pallet jack.

Petrovic had a history of back injuries. He injured his back for the first time in 2009 while working for another employer. Later, while employed with TST, Petrovic injured his back in 2010, in 2011 and again in 2012. He required surgery and a lengthy medical leave from work.

On two occasions, in 2013 and 2014, TST received medical information as part of its efforts to return Petrovic to work. Petrovic’s ability to work was limited, both in terms of the amount of hours he could work in a day, and in the types of tasks he could complete safely. TST informed Petrovic that it could not offer safe and suitable accommodation, as the restrictions specified were “too limiting and severe.”

TST maintained that it was willing to continue reviewing the situation and requested Petrovic’s resumé to assess his suitability for other positions at TST. Petrovic did not provide the resumé by the deadline, and rather gave TST a letter that stated he “was not capable of accepting work due to his injury.” (During the hearing, he argued that the letter was meant to say that he was not capable of full-time work.)

Consequently, TST terminated Petrovic’s employment due to a lack of medical progress and his continued inability to perform any kind of work. Petrovic filed a complaint against TST with the Canadian Human Rights Commission. By the time the hearing began, he had been able to secure some full-time driving work elsewhere.

In its analysis, the tribunal found that Petrovic established a prima facie case of discrimination: he had a physical disability that factored into the termination of his employment. However, the tribunal found that TST was justified in its decision to terminate Petrovic’s employment. TST did not have positions in its organization that suited Petrovic’s restrictions and skills and had reason to believe that Petrovic was not capable of working.

Federally regulated employers should consider Petrovic for the tribunal’s analysis.

First, the tribunal rejected post-termination, subsequent event or after-acquired evidence in assessing the reasonableness of the employer’s decision not to accommodate. This meant that Petrovic’s ability to secure employment since his termination did not negatively impact the reasonableness of TST’s decision not to accommodate. Rather, TST was assessed on the information before it at the time the termination decision was made.

Second, the tribunal broadened its consideration of “undue hardship” when it found that its analysis should not be confined to the factors enumerated in the Canadian Human Rights Act: safety, health and costs. Rather, the tribunal found that “the factors in the undue hardship analysis should be applied with flexibility and common sense.” Doing so may add factors identified by the Supreme Court of Canada, such as disruption of a collective agreement, problems of morale of other employees, interchangeability of workforce and facilities.

Citing the Supreme Court, the tribunal found “the employer’s duty to accommodate ends where the employee is no longer able to fulfil the basic obligations associated with the employment relationship for the foreseeable future.” TST was not required to create a position, displace an existing employee, or upgrade Petrovic’s skill set such that he would be suitable for another position in the workplace. This approach imposes a different obligation than a test of whether or not it is “impossible to accommodate” the employee.

Finally, the tribunal identified in Petrovic “a pattern of unenthusiastic cooperation … during the accommodation process.” This finding contributed to the conclusion that TST was justified in its refusal to accommodate.

Petrovic clarifies the tribunal’s position on an employer’s obligation to accommodate to the point of undue hardship. The “flexibility and common sense” approach will surely be welcomed by employers.

Working primarily as a litigation lawyer with Roper Greyell, Mike Hamata assists employers with discipline and policy grievances, wrongful dismissals, employment standards complaints and collective bargaining. E-mail him at mhamata@ropergreyell.com. Katelin Dueck is an articling student at Roper Greyell. E-mail her at kdueck@ropergreyell.com.