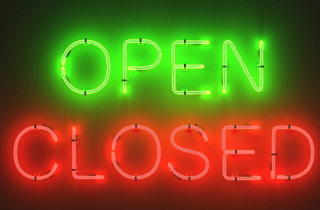 On Aug. 20, the Department of Homeland Security (DHS) announced that the United States was once again extending restrictions on non-essential travel at land and ferry crossings with Canada and Mexico, citing the ongoing COVID-19 pandemic and the delta variant as the rationale for the continued shutdown. To the dismay of many, this means the U.S. border will officially remain closed to its Canadian neighbours for non-essential travel until Oct. 21 at the earliest. Many anticipate that that the U.S.-Canada border will remain closed to non-essential travel until there is a drop in positive cases in the U.S. and Canada.

In addressing the extended border restrictions, the U.S. Department of Homeland Security provided: “[T]he Secretary has determined that the risk of continued transmission and spread of the virus associated with COVID-19 between the United States and Canada poses an ongoing specific threat to human life or national interests.”

Meanwhile, as of Sept. 7, Canada has officially opened its doors back up to foreign nationals travelling for non-essential purposes if they can show they are fully vaccinated and otherwise meet Canada’s “fully vaccinated traveller exemption.” Prime Minister Justin Trudeau rationalized that the fourth wave of COVID-19 has been almost entirely among the unvaccinated population, and that the risk of welcoming people who are fully vaccinated is “minimal.”

In light of Canada’s recent embrace of non-essential travellers, many are disheartened by the U.S.’s failure to reciprocate. Rakesh Naidu, president and CEO of the Windsor-Essex Chamber of Commerce, has called the decision by the U.S. to keep its border closed “very disappointing.” Similarly, U.S. congressman Brian Higgins wrote: “There has not been enough attention placed on the value and opportunity that comes with restoring connections between our two nations. It is beyond disappointing; it is hurtful both at a human and economic level.”

When asked whether he will reseal the border to vaccinated Americans in light of the U.S.’s failure to follow suit, Trudeau pointed out that the border orders issued by Canada and the U.S. have been asynchronous from the start. Notably, the U.S. permitted Canadians — even if they were unvaccinated — to fly into the U.S. when Canada would not do the same for Americans. He also noted that the Canadian government has been co-ordinating closely with the Biden administration to ensure that essential trade continues to flow across the U.S.-Canada border.

Unfortunately, for many Canadians with loved ones and property in the U.S., that country will likely continue to take its time reopening the border to non-essential travellers. Hopefully, as the U.S. continues to address the delta variant and political pressure on the Biden administration increases, we may begin to see some shifts towards normalcy at the U.S.-Canada border.