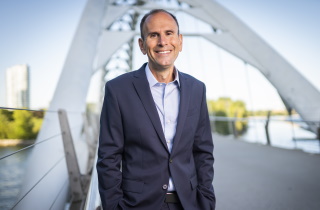 The justice agenda of Prime Minister Justin Trudeau’s newly elected minority Liberal government is expected to include some justice-related bills that died in the 43rd Parliament — pushing forward with judicial discipline reforms, as well as a ban on so-called “conversion therapy,” for example — along with legislative measures to deliver on the party’s many campaign pledges.

At press time the official seat count for the main federal parties after a 36-day election campaign was not yet settled. But within hours of the polls closing Sept. 20, it became clear that the standings for the 44th Parliament did not look very different from the previous minority Parliament, elected in 2019, in which the Liberals held 155 seats, the Conservatives 119, the Bloc Quebecois 32, the NDP 24, the Greens 2, and Independents 5.

On the campaign trail, the Liberals made plenty of justice-related commitments, including on criminal justice, the environment and tax reform, in their election platform Forward. For Everyone.

The Liberals’ pledges include initiatives to: combat hate and racism, (including introducing within 100 days legislation targeting “harmful online content”); crack down on firearms; and create novel tax measures, including imposing an “anti-flipping” tax on non-resident, non-Canadians who buy vacant land and residential property in Canada.

The Liberal party also promised to reintroduce criminal procedure reforms (Bill C-23) that adopt virtual means, such as the use of virtual remote proceedings and expanded use of the telewarrant process, among other measures. The Liberals also pledged to “further support” the technological modernization of federal courtrooms and tribunals, and support provinces and territories in the digitization and modernization of their court systems, as well as to facilitate “partnerships to develop specialized technological and digital services for court operations that are safe, secure, and lead to greater and fairer access to justice.”

Canadian Bar Association (CBA) president Stephen Rotstein of Toronto told The Lawyer’s Daily his group plans to continue working with the Liberal government, as it did during the last Parliament, on the association’s four top priorities, which are: modernizing the justice system; enhancing access to justice and legal aid; improving diversity on the federal benches; and pushing for greater recognition of Indigenous legal orders in the justice system. (The Truth and Reconciliation Commission’s Call to Action #50 urges Ottawa to fund, and establish “in collaboration with Aboriginal organizations,” Indigenous law institutes for the development, use and understanding of Indigenous laws in accordance with the unique cultures of Aboriginal peoples in Canada.) “That’s one of the things that we’re working with the Department of Justice and also the Ministry of Crown and Indigenous Relations,” Rotstein said. He noted the government has made progress on modernizing the justice system (which includes investments in technology for the federal courts). “That’s great, what’s been achieved,” he remarked. “More work needs to be done.”

Rotstein said the previous Liberal government improved the diversity of the federal benches, but that task is far from complete. “The appointment of Justice [Mahmud] Jamal to the Supreme Court of Canada, that was a very significant and important appointment to the highest court, and we’d like to obviously see greater diversity at all levels of court that are federally appointed,” Rotstein said. “But I commend them for that appointment.”

As a matter of ensuring access to justice, Rotstein said the CBA will also continue to press the new government to fund a greater share of the provinces’ legal aid bill. (On that score, the minority Liberals would have the support of the NDP Party, which has made increasing federal funding for legal aid a specific plank in its platform.)

Correction: According to preliminary election results from Elections Canada retrieved Sept. 21 the percentage of votes counted, that were cast for the Green Party, was 2.3 per cent, not 8.4 per cent.