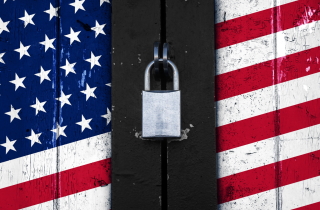 Previously, Canadians were able to make a quick, easy drive across the U.S. border to visit and spend money at their favourite U.S. shops, see a sports game, or stay at a U.S. hotel along the border. Notably, approximately 15 to 20 per cent of the season ticket holders for the Buffalo Bills and more than a quarter of guests at select hotels stationed along the U.S.-Canada border are Canadian. Although Canadians have been able to fly into the U.S. throughout the pandemic, this does not bode well for those who reside within minutes from the border and are accustomed to a 20-minute drive into the U.S. for a night out or a weekend away. Accordingly, U.S. businesses are now seeing fallout from the ongoing closure of the U.S. land border to Canadian visitors and are fed up with the U.S. government’s failure to reciprocate Canada’s loosened restrictions at our shared land border.

The U.S.’s continued resistance to reopen its land border to its Canadian neighbours for non-essential purposes is particularly peculiar in light of the U.S.’s recent decision to lift pandemic-related travel restrictions for 33 countries that were imposed at the beginning of last year. Specifically, the U.S. is set to reopen in early November for air travellers from countries including China, India, Brazil and a majority of Europe if they are fully vaccinated against COVID-19. This decision was announced on Sept. 20 — the same day the U.S. extended its restrictions at the U.S.-Canada land border.

When asked about the U.S. government’s decision to lift restrictions on global air travel, White House coronavirus response co-ordinator Jeff Zients noted that there has been an increase in global vaccinations and that the new individual-based travel policy will allow the U.S. “to implement strict protocols to prevent the spread of COVID-19.” On the other hand, in justifying the continued closure of the U.S. land border, the Department of Homeland Security (DHS) stated that the risk of continued transmission and spread of the virus associated with COVID-19 between the U.S. and Canada continues to pose “a specific threat to human life or national interests.”

DHS’s announcement has been criticized by many as Canada has now surpassed the U.S. when it comes to vaccinations. In Canada, as of Oct. 2, over 77 per cent of residents have received at least one dose of a vaccine, and over 71 per cent are fully vaccinated. In the U.S., as of Oct. 3, only 65 per cent of people have received at least one dose and 56 per cent are fully vaccinated. DHS’s announcement also begs the question of why hasn’t the U.S. adopted a similar individual-based travel policy for our Canadian border travellers as we have our millions of global air travellers? The answer to which is unclear.

Unfortunately, it appears U.S. businesses will have to continue to wait and try to keep afloat until the U.S. government takes definitive steps to reopen its land border to Canadian tourists. As foreign nationals begin to fly in from around the world in early November, we can only hope the U.S. government will finally decide to allow our Canadian neighbours to drive in as well.