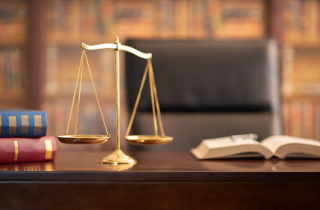 Sentencing is a difficult undertaking in the best of cases, but even more difficult in cases involving sexual assault. All sexual assault cases are serious. However, the actions of the accused and the impact on the victim can place sexual assaults on a spectrum of seriousness. The Saskatchewan Court of Appeal in R. v. A.B. 2021 SKCA 119 deals with the appropriateness of a sentence in what was termed “at the lower end of the range of … major sexual assault.”

Factually, the case deals with a sexual assault on a spouse. The assailant and the victim were separated but attempting to reconcile. The victim “testified that she was asleep when he entered the bedroom and that she awoke to find his fingers in her vagina.” There were a number of breaches of a no-contact order leading up to trial. Globally, a sentence of 24 months less pretrial custody was imposed. A focus on specific deterrence was noted due to the assailant’s record from 1997 for sexual assault.

Referring to R. v. Friesen 2020 SCC 9, the Saskatchewan Court of Appeal reminded itself that an appeal court reviewing a sentence “can only intervene to vary a sentence if (1) the sentence is demonstrably unfit, or (2) the sentencing judge made an error in principle that had an impact on the sentence.” Such errors can include overemphasizing one factor in sentencing over others or exercising discretion unreasonably.

The appellant argued that the sentencing judge overemphasized specific deterrence as a result of his prior conviction for sexual assault in 1997. The trial judge had noted that the appellant did not strike him as a person “that would just go over there to assault her” and that the matter did “not fall within the category of chronic domestic violence” but nonetheless found that specific deterrence has some relevance because of the prior record.

Prior records can be significant, even when dated. While the gap principle, that the aggravating nature of a record diminishes with age, is important, a dated prior record can nonetheless play some role in assessing an appropriate sentence.

In this case, the appellant also suggested that the impact of COVID-19 on conditions of incarceration should be considered. However, there was no evidence presented on how such protocols may impact the way the accused will serve his sentence. The Court of Appeal’s decision reminds trial lawyers and sentencing judges that arguments require a factual basis. Lawyers should take steps to determine what protocols are in force and how they will impact a person serving sentence.

Testimony from someone who has experienced the conditions, someone familiar with the institution, or even a subpoena of records for what the protocols may be could ground such an argument, but that grounding is needed. COVID-19 protocols may well justify some remedy that affect sentence but a proper evidentiary grounding is key to successfully making this sort of argument. This foundation may be applicable to a wide range of cases where a particular institution and their protocols affect the sentence, and the evidentiary record in a test case may give good grounding to other judges dealing with similarly situated individuals facing sentence.

Sentencing is an individualized process. While it may be tempting to have sentencing judges lay out their reasons in an almost mathematical process, the fact is that the sheer number of factors that a judge weighs makes this virtually impossible. Each change in a fact of the offence or the offender necessitates a change in sentence from another case. Appeal courts which did not hear the evidence, which did not hear directly from the victim and the accused, generally owe deference to the sentencing judge who did. 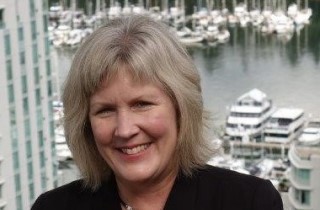