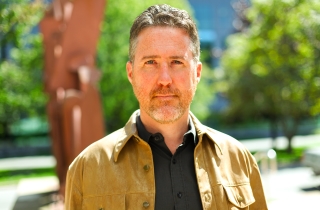 A group of legal experts is calling for the federal government to overhaul Canada’s extradition system, saying it is unfair to people being detained and needs to reflect a better balance between administrative efficiency and constitutional rights.

The report from the Halifax Colloquium on Extradition Law Reform, which was released Oct. 21, argued that the committal process conducted by the courts is inherently unfair and permits extradition on the basis of unreliable material. It also said surrender decisions made by the minister of justice are the product of a process under which legal issues are dealt with through a highly discretionary political process, which is unfairly weighted toward extradition and against the rights of the person sought.

The colloquium is recommending the Extradition Act be amended to follow three general principles: fundamental fairness, transparency and a rebalancing of roles, both between the courts and the government and between constitutional protections and administrative efficiency. It added that there should not be a presumption in law that the states with which Canada has extradition treaties will act in good faith and the committal process should incorporate the presumption of innocence, as well as some legal tools that would allow the person being sought a meaningful opportunity to challenge the reliability of the case against them. Surrender decisions by the minister of justice should be subject to a more exacting standard of review, the report also said.

Robert Currie, a professor at Dalhousie University’s Schulich School of Law and author of the report, said he hoped its release was the beginning of a process of dialogue on reforming the system which involves the participation of government, parliamentarians and regular Canadians “because that is what has sadly been lacking from Canada’s entire international criminal co-operation system for decades.”

“What is most pressing is that Parliament look seriously at what extradition actually looks like in Canada and what it should look like in the future,” he said. “Canadians should have a say in this, and it is long past time that happens.”

Extradition has put under a public microscope of late, with the case of Huawei executive Meng Wanzhou and the detention of Michael Kovrig and Michael Spavor in China garnering a great deal of attention both in Canada and abroad. And colloquium members also pointed to the cases of Hassan Diab, a sociology professor extradited to France to face charges surrounding the 1980 bombing of a synagogue in Paris. Despite describing the evidence against Diab as being confusing and that “the prospects of conviction in the context of a fair trial seem[ed] unlikely,” a judge in the case said his interpretation of Canada’s laws left him no choice but to commit Diab for extradition. He was later sent to France and spent more than three years in prison before being released due to a lack of evidence, but could be facing a new extradition effort after French appellate courts ordered him to stand trial.

Donald Bayne, who served as Diab’s counsel, said the current extradition system is “unworthy of a modern constitutional Canada.”

And John Packer, director of the Human Rights Research and Education Centre at University of Ottawa, said “it would not really be a stretch” to say the world has changed for the worse since the Extradition Act was last updated in 1999.

“To say that the principle underlying extradition is based on comity or courtesy between sovereign states is a plainly naïve basis for Canadian policy in 2021,” he said. “I think that both the context of the world in which we live, and the position of the Canadian public, simply compels that there be a review and reform of the Act to bring it into a fit for purpose character for the 21st century.”

In an e-mail, a Justice Canada representative said the department is “aware of the proposals from the Halifax Colloquium on Extradition Law Reform but is not in a position to comment on them in more detail at this time.”