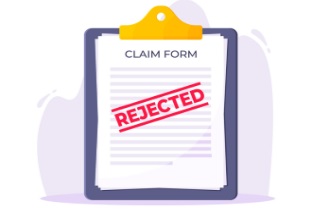 Many people involved in motor vehicle accidents require rehabilitation in order to recover. Car insurance is designed to be a form of risk management and provides the insured individual with an assurance that certain expenses will be covered in defined circumstances. The recent case of Aviva Insurance Company of Canada v. Danay Suarez 2021 ONSC 6200, is an important decision for accident victims. It confirms that the Statutory Accident Benefits Schedule (SABS), which forms part of every consumer automobile insurance policy, was intended as consumer protection legislation to help accident victims access the benefits they need and are entitled to.

An accident, an application, a denial and an LAT ruling

Danay Suarez was involved in a motor vehicle accident on May 8, 2013. She submitted an Application for Accident Benefits to her accident benefits insurer, Aviva, pursuant to the SABS. Aviva had denied four chiropractic treatment plans as it deemed them unnecessary and not reasonable. Suarez applied to the Licence Appeal Tribunal (LAT) to dispute these denials. She had not actually incurred the expenses associated with those treatment plans prior to the hearing.

In D.S. v. Aviva Insurance Canada 2020 CanLII 30433 (ON LAT), LAT adjudicator Grant found that the treatment plans should have been approved and ordered that they were payable with interest in accordance with the SABS.

Aviva took the position that the adjudicator erred by not addressing whether the benefits had been incurred within the meaning of s. 3(7) of the SABS and requested reconsideration. Adjudicator Grant dismissed the reconsideration request in D.S. v. Aviva Insurance Company of Canada 2020 CanLII 45478 (ON LAT). He noted that if an adjudicator finds that a treatment plan is reasonable and necessary and orders the benefit be payable under SABS, treatment (and interest) is payable when incurred (and overdue).

Arguments from named parties during appeal

When the insurer launched its appeal to the Divisional Court, it contended the adjudicator had erred in law. Noting that there was no evidence to suggest Suarez had incurred expenses relating to the treatments prior to the LAT hearings, Aviva argued the LAT did not have jurisdiction to order payments incurred after the hearing.

Aviva advanced an interpretation of s. 3(8) of SABS to suggest that the LAT only had jurisdiction to order payment of expenses “deemed incurred” as defined in s. 3(7)(e) of the SABS. If these expenses were only incurred after a LAT hearing, the insurer argued the adjudicator was functus officio. As such, he had no jurisdiction to order payment upon the happening of a future event.

In response, Suarez contended that the LAT’s statutory authority gave it broad latitude to resolve insurance disputes. A decision by the LAT accepting that an insured is entitled to coverage replaces the insurer’s denial. An order for the insurer to pay for the proposed treatment plan in accordance with the SABS is the only effective remedy. Suarez also contended that since entitlement and quantum are distinct issues, the initial LAT order did not offend the doctrine of functus officio. Suarez took the position that Aviva’s argument favouring a system where insurers could cure deficiency notices following a hearing ran counter to the LAT’s dispute resolution system.

If the appeal of a LAT decision granting the benefits had been successful, the precedent set would have had significant ramifications for an insured’s ability to seek redress for accident benefits denials. The importance of the case prompted the Ontario Trial Lawyers Association (OTLA) and the Coalition of Citizens with Disabilities — Ontario and Health Justice Program (the coalition) to seek and be granted intervener status in the proceedings.

Fortunately, the Divisional Court dismissed the insurer’s appeal and reaffirmed the principle that an insured person need not fund denied SABS benefits before seeking a LAT decision awarding them.

While the LAT took no formal position on the appeal, OTLA and the coalition made arguments supporting Suarez’s position.

OTLA asserted that Aviva’s proposed interpretation of SABS would offend its purpose as consumer protection legislation and render the LAT inaccessible to most claimants.

The coalition noted that principles of statutory interpretation necessitate consideration and promotion of access to justice. Claimants belonging to vulnerable populations, such as low-income individuals with disabilities, would be adversely affected if they were required to fund treatments before seeking an LAT ruling.

In essence, Aviva’s position would further expand a power imbalance between insurers and the insured person. In other words, the injured party would be required to assume additional financial burden and risk akin to an entry fee before bringing such matters to the LAT. If an insured did not have the means to fund these treatments themselves before seeking a remedy for a denial, they would be unable to access the LAT to appeal insurer decisions to deny the benefits.

Rejecting the appellant’s position that claimants must fund denied treatment plans before seeking redress through the LAT would limit a claimant’s treatment options to what they could afford to fund on their own, rather than to what they are entitled to receive as treatment benefits. This would have the unwarranted effect of perpetuating a power imbalance and frustrate access to justice.

Moreover, permitting an insurer to issue a compliant denial following an LAT hearing would render s. 38(11) of the SABS meaningless, making the results of these LAT disputes irrelevant.

The court agreed with Suarez’s position that determinations of entitlement and quantum are mutually exclusive. A LAT order, which approved treatment plans and allowed a claimant to incur and submit related expenses, was the only effective remedy for a contested denial by an insurer. Such a process does not prevent an insurer from disputing submitted invoices for incurred expenses, including payment of treatments that exceed the claimant’s accident benefits coverage limits.

Suarez was awarded costs in the amount previously agreed to, namely $5,000 inclusive of HST.

This important decision provides accident benefits claimants with a useful precedent on SABS legislation’s purpose, intent and function. By reiterating that the SABS is designed to be consumer protection legislation, and by confirming that SABS claimants need not fund their own treatment before applying to the LAT to dispute insurer denials, this decision protects vulnerable populations, promotes equitable access to justice and prevents the clear power imbalance between insurers and the insured from widening further.

The Divisional Court’s dismissal of Aviva’s appeal of the Suarez case reaffirms that vulnerable SABS claimants do not need to gamble with their finances in pursuit of a state of health and well-being following an accident. While wrongful insurance denials can still frustrate the timeliness of treatments for a claimant, this decision’s affirmation of the LAT’s jurisdiction and its power to resolve SABS disputes provides the insured with an efficient, fair and accessible way for claimants to receive disputed entitlements.

Steve Rastin is senior counsel and lawyer at Rastin Gluckstein Lawyers. His practice focuses on civil litigation, with a focus on personal injury, employment law and mass tort/class action. Jessica Golosky is a lawyer at Gluckstein Lawyers whose areas of practice include personal injury, automobile litigation, medical malpractice and occupier liability.