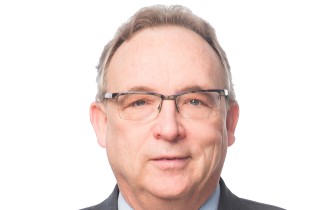 Alberta is taking steps to attract more skilled workers by introducing legislation which will streamline the process for having professional credentials from other Canadian jurisdictions recognized in the province.

Certified workers in Canada face additional educational, examination and practice-hour requirements in order to use their credentials in different jurisdictions, but the proposed Labour Mobility Act (Bill 49) is aimed at creating a standardized approach to recognizing out-of-province credentials and clarifying requirements for Alberta’s regulatory authorities. The bill would apply to more than 100 regulated occupations, such as lawyers, doctors, engineers, dentists and skilled trades.

“[The Act] will help make Alberta a magnet for skilled professionals by making it easier for them to come to our province and have their credentials recognized,” said Premier Jason Kenney. “If passed, this bill will lead to more jobs, a stronger workforce and a faster economic recovery.”

The bill creates maximum time frames for registration decisions and requires regulatory authorities to establish an internal review or appeal process for registration decisions within a reasonable amount of time. Under the Act, the documentation required to evaluate an applicant will be limited to include proof of certification in a Canadian jurisdiction or any other documentation as stated in future regulations, and regulatory authorities would need to make information on required registration documents and fees available to the public.

“Now more than ever, we need to remove barriers that prevent the free flow of Canadian talent from bringing their skills and their businesses to Alberta,” said Labour and Immigration Minister Tyler Shandro. “This announcement is a key part of Alberta’s recovery plan, designed to recruit skilled Canadian certified workers to our province to support economic growth and create jobs that benefit future generations of Albertans.”

In 2019, Alberta brought in the Fair Registration Practices Act, which was aimed at reducing the red tape associated with the assessment of foreign credentials. According to a 2020 C.D. Howe Institute report, improving labour mobility could add approximately $2.8 billion per year to Alberta’s GDP. Internal barriers to free trade within Canada are also estimated to cost the economy as much as $130 billion per year, with barriers to labour mobility between provinces being one of the costliest restrictions.

James Casey, a labour lawyer with Field Law in Edmonton, said what Bill 49 is trying to do is put in place a regime that streamlines the recognition of Canadian credentials by having “a very black and white system that says if you are registered in another Canadian jurisdiction, then you are going to be registered here.” He noted that, unlike the Fair Registration Practices Act, the bill creates a timeline for processing an application for recognition in Alberta.

“These timelines are ambitious and will be a challenge for regulators, but the objective is to ensure people can get an answer within a month,” he said. “It is sweeping legislation that affects about 70 regulators and eight government departments, but it is clear the government wants to make Alberta a very easy place to have Canadian credentials recognized.”

But Casey noted the structure of the bill leaves many specifics, such as what information regulators can ask for, subject to future regulations “so they will have to be very carefully developed.”

“If a professional is registered somewhere in Canada and wanted to move to Alberta, it is standard practice of any regulator to ask if the person is the subject of any current disciplinary investigations,” he said. “But how I interpret this is, unless they put disciplinary history in the regulations, regulators probably cannot ask for that information. The structure of Bill 49 carries a high risk of unintended consequences like that, but those consequences can be avoided if there are very carefully drafted regulations focused on additional information that will be necessary to protect the public developed in consultation with the regulators who have to administer this scheme.”

Bill 49 is currently at second reading in the Alberta legislature.