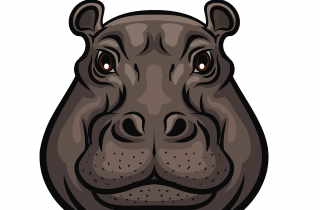 Animals may not be human but they can be persons of interest in U.S.

Animals have been hungry for rights, to be more than mere property in the eyes of the law, for decades. In a landmark animal law ruling, a U.S. court has ruled that hippos can be classified, albeit in a limited way, as “interested persons” under the law. This does not mean that hippos have been declared to be human, but importantly, they can, in some circumstances, be plaintiffs. Significantly, it means that animals can in certain instances, exercise some rights and protections afforded under the law.

Recall how corporations can be persons.So, why not animals too? No one would or should confuse corporations with being human.

Back to the hungry hippos. In what is being hailed as a landmark judgment, a U.S. District Court in Ohio ruled on Oct. 15, 2021, that the offspring of some 100 hippos belonging to infamous drug trafficker, Pablo Escobar, are “interested persons” at law. Granted the ruling is contextual and limited in scope, but the fact remains that this particular group of hippopotami needs were heard in court resulting in a court order.

In Community of Hippopotamuses Living in the Magdalena River v. Ministerio de Ambiente y Desarrollo Sostenible et al on Oct. 15, federal Magistrate Judge Karen L. Litkovitz of the United States District Court for the Southern District of Ohio made an unprecedented order which, in a specific and limited context, recognized a community of wild hippopotamuses (a group of same can also be known as a bloat) as being interested persons. The ancestors of these large semiaquatic ungulates belonged to Escobar who died in a shootout in 1993. The hippopotami in question escaped Escobar’s compound and set up a community in the Magdalena River area of Colombia producing babies at a rapid rate, so much so that governmental authorities deemed the growing bloat to be a threat to humans and biodiversity and wanted them killed.

Litigation ensued on behalf of the hippos in Colombia to protect them. In Colombia, courts have ruled in past cases that animals have standing to file lawsuits.

In Ohio, the American-based Animal Legal Defence Fund (ALDF) filed for a court order to use an alternative way to try to save the hippos (contraception) and to control the hippo population rather than the proposed lethal “solution” to kill off the animals. The ALDF sought an order giving “interested persons” status to the Escobar hippos so that wildlife experts could be deposed; i.e., an American discovery pursuant to a foreign proceeding. The ALDF lawyers adroitly argued that hippos can be plaintiffs in Colombia to protect their interests and should therefore be permitted to be considered “interested persons” under American law.

The applicants were granted their order ex parte. A key point behind the court order is that s. 782 of Title 28 of the United States Code permits parties to foreign proceedings to seek discovery in the United States and therefore the hippos becoming applicants via § 1782 relying upon the more progressive laws relating to animal standing in Colombia.

The Escobar hippos have therefore been recognized as “people” or “interested persons” with tangible legal rights following this precedent-setting U.S. court order. Though this judgment was technical and narrow in scope in giving limited legal rights to the hippos, this case will likely go down in U.S. history as the first of its kind and is a boon for animals. It’s important also to know that this case may be precedent setting in North America, but in India, Argentina and Pakistan animals have already been granted legal rights.

Cases in the U.S. go back to 2013 where the Nonhuman Rights Project (NhRP) lawyers have filed legal actions on behalf of chimpanzees and elephants arguing for bodily liberty via the centuries old writ of habeas corpus. Though the NhRP have come close to having their animal clients declared legal persons and have encountered some sympathetic judges, they have not yet been granted such an order. (For more info about the Nonhuman rights cases see: Thunderous step: High court to hear Happy the elephant’s habeas corpus case.

The ALDF excitedly tweeted out about their pivotal case on Oct. 20, 2021: “For the first time, a U.S. court has recognized animals as legal persons! An international fight to protect Pablo Escobar’s hippos from slaughter results in a U.S. federal court order recognizing animals can be ‘interested persons.’ ”

There is some disagreement amongst top U.S. animal law lawyers about the nature and meaning of this ruling. President of the NhRP, prominent animal law attorney Steven Wise wrote about the Escobar hippo ruling of October 2021: “Alas, ALDF’s statement is not accurate if what they are saying is that hippos are now persons or have rights in the United States. ... We welcome when steps forward are made anywhere in the now global struggle for nonhuman animal personhood and rights that we began in New York in 2013. However, in our view, the claim that the U.S. federal court recognized that hippos as legal persons is, alas, wrong. But if it is right, then it is what the NhRP began accomplishing in 2013.” (Please see: Statement on Colombian Hippos Case.)

The U.S. hippo case gives hope that animals are being seen and given a voice as “interested persons” in court, not just things or cogs in the property paradigm. As noted on page 473 of a new textbook on the law relating to animals, Canadian Animal Law, (Shroff, V. Lexis Nexis 2021): “Personhood at its core is about respect, not just symbolically referring to animals as sentient, but putting it into action, giving animals a voice so that they may have advocates to stand up for their rights in a legal forum, so they will no longer be disenfranchised.”

V. Victoria Shroff is one of the first and longest serving animal law practitioners in Canada. She has been practising animal law for over 20 years in Vancouver at Shroff and Associates and she is adjunct professor of animal law at UBC’s Allard School of Law and Capilano University. She is recognized locally and internationally as an animal law expert and is frequently interviewed by media. Her new book, Canadian Animal Law is now available at LexisNexis Canada store. Reach her at shroffandassociates@gmail.com, @shroffanimallaw or LinkedIn.