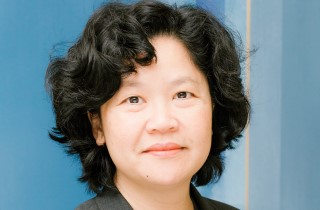 A British Columbia First Nation has filed a constitutional challenge of the province’s system of staking mineral claims, saying the legislation leads to Indigenous people being dispossessed of their title and rights.

Under the Mineral Tenure Act, there is an automatic registration system where a person known as a “free miner” can acquire a mineral claim on the Internet, select cells on a map and pay a fee of $1.75 per hectare to obtain a claim, with no notice required to the people whose land the miner stakes. Once that claim is obtained, the miner is legally entitled to enter the land and do some preliminary mining such as trenching or digging holes, as well as taking bulk samples of no more than 1,000 tonnes. The use of large-scale mining equipment requires permitting from the province.

But the Gitxaala Nation is claiming the automatic registry system is inconsistent with the honour of the Crown, the constitutional principle which gives rise to the duty to consult and accommodate. They also say the system results in Indigenous peoples being automatically dispossessed of their title and rights to resources without consultation or notice, which is inconsistent with the United Nations Declaration of the Rights of Indigenous Peoples (UNDRIP) which was recently enshrined in law in British Columbia through the Declaration on the Rights of Indigenous Peoples Act (DRIPA).

Lisa Fong of Ng Ariss Fong, who represents the Gitxaala, said B.C.’s mineral tenure regime is a throwback to the Gold Rush era.

“It hasn’t been updated in a long time, and to me that is pretty shocking,” she said. “We take reconciliation with Indigenous peoples and their territories very seriously now, so how is it that you could stake an interest in Indigenous lands without any consultation at all?”

Fong said the case is the first one asking a court to do something substantive using s. 3 of DRIPA, which calls for the government to take all necessary measures to ensure the laws of British Columbia are consistent with the United Nations declaration.

“We have this section now, which is in law and has to mean something — it’s a statute and not a piece of poetry,” she said. “It is always important for the Crown to hang their hat on clear legislation, and I think DRIPA is very clear. And the declaration itself is very clear to say when we are dealing with the lands and resources of Indigenous peoples, their ownership and their particular needs have to be respected under the Mineral Tenure Act.”

Calvin Sandborn, legal director of the Environmental Law Centre at the University of Victoria

Calvin Sandborn, legal director of the Environmental Law Centre at the University of Victoria, said the “archaic” approach to mineral tenure is one piece of the century-old system of mining laws in British Columbia which needs to be modernized. He said the case could be the beginning of reform if it is successful.

“This whole idea of having a right of free entry goes back to the grizzled prospectors in the Gold Rush times having the right to come in and just stake a claim,” said Sandborn, who is also co-founder of the B.C. Mining Law Reform Network. “Those rights have been pre-eminent and take precedence over private property, so you have situations where miners can come in and stake a claim and can even proceed to mining on your property. And these mining claims also have pre-eminence over land use plans, so we’ve had lots of situations in B.C. where local government land use powers were powerless in the face of mining.”

In an e-mail, the provincial Ministry of Energy, Mines and Low Carbon Innovation said it could not comment on matters before the court, but noted B.C. had recently engaged in consultations with Indigenous groups and mining industry associations on potential reform to the mineral tenure system.

“Conversations identified direct linkages between the mineral tenure system and modernized land use planning and the need for additional engagement,” the Ministry said. “We are committed to consultation and co-operation with Indigenous peoples, and engagement with industry, stakeholders and the public when considering any future changes to the mineral tenure system.”