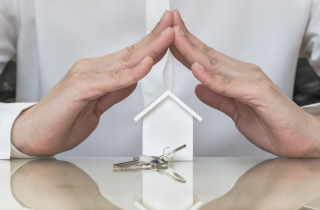 In March of 2020, the province of Ontario enacted Bill 184 which amended various acts, including the Residential Tenancies Act, 2006 (RTA). At the time, the changes to the RTA garnered a lot of attention, including protests by various groups concerned that the amendments would be detrimental towards tenants, especially during the COVID-19 crisis. What was misunderstood is that Bill 184 contained both pro-landlord and pro-tenant provisions and some of these provisions have now come into effect as of Sept. 1.

Through changes resulting from Bill 184, there are two new avenues through which a landlord can seek cost recovery from a tenant:

1. New subsection 88.1(4) of the RTA allows a landlord to apply to the Landlord and Tenant Board (LTB) to seek reasonable out-of-pocket expenses that the landlord has incurred or will incur as a result of a tenant or their guest’s conduct. More specifically, the landlord can seek an order from the LTB for reasonable out-of-pocket expenses where there is interference with the reasonable enjoyment of the  landlord or interference with another lawful right, privilege or interest of the landlord. Previously, the landlord’s only remedy at the LTB for such conduct was to seek an eviction order. Any costs incurred by the landlord would have to be recovered via small claims court, thus causing a landlord to seek remedies via two different venues for the same issue.

2. Subsection 88.2(1) of the RTA has also now come into force, which allows a landlord to apply to the LTB for an order requiring a tenant or former tenant to pay costs for unpaid utilities that the tenant was required to pay under the tenancy agreement. As noted above, previously, the landlord could only recover such costs through small claims court.

The LTB’s L2 Application has also been updated to allow landlords to seek the above cost recovery and the landlord has up to one year after the tenant ceases to be in possession of the residential unit to seek the above remedies.

Another change to the RTA arising out of Bill 184 relates to tenants who have moved out on or after Sept. 1, 2021, but owe compensation to the landlord. Such compensation may be due to unpaid rent, charges related to NSF cheques, damage caused by the tenant or the compensation described above for out-of-pocket expenses and unpaid utilities.

Previously, a landlord would have to seek remedies related to former tenancies through small claims court. The LTB’s jurisdiction was restricted to existing tenancies only. These changes make sense as the LTB is the subject matter expert in all tenancy-related matters, thus is better equipped to adjudicate such matters.

To make such claims, the landlord must file an L10 – Application to Collect Money a Former Tenant Owes within a year of the tenant moving out. The standard LTB process for service and hearings then follow suit.

A landlord is entitled to evict tenants if the landlord, a purchaser or a family member requires the rental unit, or because they want to demolish the rental unit, repair it or convert it to another use.

Under new subsections 72(3) and 73(2) of the RTA through Bill 184, the LTB, in determining the good faith of the landlord or purchaser, may consider evidence regarding the landlord’s previous notices of termination. This change is designed to discourage landlords from acting in bad faith in evicting tenants. Generally, in Ontario, landlords are restricted from increasing rent above guidelines set by the LTB, but there are no restrictions on what a landlord can charge a new tenant. Thus, where the rental market is hot, some landlords evict existing tenants under false pretences and then rent out the same unit to new tenants at rents that they could not charge the previous tenant.

Under new subsection 71.1 of the RTA, the landlord must now provide an affidavit along with the L2 – Application disclosing all N12 or N13 Notices of termination the landlord has given to any tenant in the last two years. As reference, the N12 and N13 Notices are required where the landlord wishes to end a tenancy under ss. 48 (landlord requiring unit personally), 49 (purchaser requires unit), or 50 (demolition, conversion or repair of unit).

The affidavit provides the LTB with more information to judge the bona fides of the landlord’s reason for eviction, thus providing more protection for tenants as lying on an affidavit is perjury and has criminal law consequences for the landlord.

Ismail Ibrahim is an associate at Robins Appleby LLP where he works on affordable housing projects in the real estate and corporate groups. He was previously general counsel at Toronto Community Housing Corporation (TCHC). Prior to that, he was an engineer at a nuclear plant; he holds an engineering chemistry degree. He also has an MBA from University of Oxford and has played in the World Chess Olympiad.