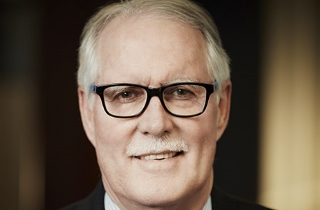 Manitoba’s new limitations legislation will help streamline the province’s civil justice system by effectively doing away with the practice of trying to bring forth an action after the allowed time to do so has expired, says a lawyer.

It was Nov. 2 that Manitoba’s government announced it had proclaimed its new Limitations Act, which replaces the province’s Limitation of Actions Act. According to a government news release, the move will align Manitoba’s limitations laws with those of other provinces.

“The Limitations Act outlines a streamlined structure based on a two-year ‘basic’ limitation and a longer ‘ultimate’ limitation, aligning with the legislation of other jurisdictions,” states a news release. “This approach simplifies the law, promotes efficiency of the civil justice system and creates more certainty about when the timeline begins.”

Manitoba Justice Minister Cameron Friesen stated in the release that the current Act “has been a long-standing source of frustration for individuals, businesses, lawyers and others.”

“We have listened to professional groups, businesses and the industry, and recognize that the previous legislation created complexity, confusion and challenges for people doing business in the province,” states Friesen. “The Limitations Act will simplify Manitoba’s framework for limitations and aligns Manitoba with other provinces.”

A limitation period is the time within which a party with a claim must commence a court action. 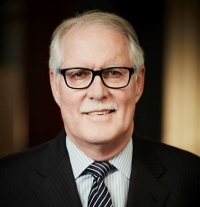 Winnipeg lawyer Dave Hill, who was involved with a Manitoba Law Reform Commission (MLRC) report on the subject, says the new Limitations Act will spell the end of Part Two applications, special applications to file a claim in cases where the material facts needed to bring a cause of action were discovered after the limitation period had expired.

“Manitoba had two things: You had the Limitations of Actions Part One, which said it’s two years for this, it’s six years for this, it’s whatever. And then they had a section called Part Two, which was if you do not discover the material facts to let you know you have an action until after the limitation date has expired, you had to bring a … Part Two application to the court for leave to sue. And it was all about what were the material facts, when did you know them, etc. So, that turned into almost like a cottage industry of applications.”

Hill, a lawyer with Hill Sokalski Walsh, said this would potentially mean multiple steps having to be brought into the process.

“Because there would be an application and affidavits and cross-examinations on affidavits, etc. So now, as I understand it, we’re more in conformity with the rest of the country, that it is two years from discovery. … The clock doesn’t start running until you discover the material facts that you have a cause of action.”

“I think that was the animating concern, amongst other things, was that Part Two applications can be quite technical and very difficult, and this now gets rid of that need,” said Paul, a partner with Thompson Dorfman Sweatman LLP.