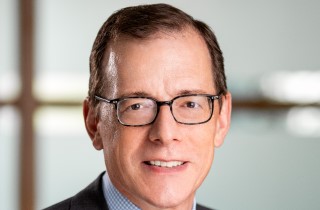 In a family drama worthy of Shakespeare or the HBO series Succession, a B.C. court has ruled telecommunications scion Edward Rogers had the power to remove corporate directors which had been put in place by his mother and two sisters. But a legal observer is saying the decision, while largely correct under the law, raises questions about B.C.’s corporate legislation and whether it is good governance for a controlling shareholder in a public company to replace board members with the stroke of a pen.

The turmoil began as a conflict over the fate of Rogers Communications Inc. (RCI) chief executive Joe Natale amidst the shadow of the company’s $26-billion takeover of Alberta-based rival Shaw Communications. Edward sought to oust Natale, but the company’s board — backed by Edward’s mother Loretta and sisters Melinda Rogers-Hixon and Martha Rogers — ousted Edward as company chair.

But Edward, who also heads the family trust which controls 97.5 per cent of the company’s Class A voting shares, used a manoeuvre known as a “consent resolution” to create a new board, which subsequently reappointed him chair. The rest of the family took Edward to court, claiming that the company’s articles of incorporation required a shareholder meeting to reconstitute the board, a process which would have likely taken months to complete.

And B.C. Supreme Court Justice Shelley Fitzpatrick ruled in favour of Edward, noting that both B.C.’s Business Corporations Act and RCI’s articles of incorporation allows anyone who controls two-thirds of voting shareholders to add or remove directors through a consent resolution without the benefit of a full shareholder meeting — and Edward, in his capacity as chair of the trust, has that control (Rogers v. Rogers Communications Inc. 2021 BCSC 2184).

“RCI argues strenuously that Edward is ‘thumbing his nose’ at the proper process and that he improperly seeks to exert rights ‘with the stroke of pen.’ However, as I see it, Edward has closely followed the strictures of the articles, as informed by the Act where appropriate,” she wrote in her Nov. 5 decision. “This can only be described as respecting the process, not disregarding it.”

In a release, Edward Rogers said the decision “resolves important governance issues” at the company, which has said it will not appeal the ruling.

“I take no joy in the decision or the events of past weeks,” he said. “The company requires an effective board that shares a strategic vision for the business, is open, deliberate, consistent in its decision making, independent of management, and that always acts in the best interests of the corporation.”

Edward Rogers also said Natale remains as CEO and director of Rogers “and has the board’s support.”

“Our family has disagreements like every other family. I am hopeful we will resolve those differences privately, as any family would,” he said. “I know every member of our family wants the brightest future for Rogers Communications.” 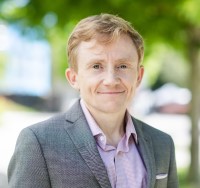 Camden Hutchison, an assistant professor at the University of British Columbia who specializes in corporate law, said the decision was “pretty much as I expected.”

“The judge took a very strict reading of the plain meaning of the relevant documents and I think reached a correct, common sense decision about how things should work,” he said. “And the arguments presented by the other family members were generally saying this is not the way we have done it in the past and you are not allowing minority shareholders a say — those were a lot of normative appeals as to what is fair or good practice, but none of that is relevant to the legal issue which was quite clear.”

It is “certainly true” that the B.C. Business Corporations Act is different than other statutes in Canada, said Hutchison.

“B.C. has maintained this distinctiveness, and there a lot of minor features in it that provide companies with more flexibility,” he said. “It allows the shareholders of a company, and the company itself, to customize the way it is governed a little differently than some of the other provincial Acts, and that is attractive to companies and probably the reason Rogers incorporated in B.C.” 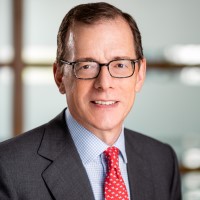 Robert Yalden, the Sigurdson Professor in Corporate Law and Finance at Queen’s University, said he “didn’t have any particular reason” to take issue with the judge’s analysis but the case raises a broader policy issue of whether a controlling shareholder in a public company should be allowed to replace directors so easily.

“There is a view that you couldn’t likely do what was done here under other corporate statutes in Canada, so I think there is some virtue to the argument about whether we need to weigh the pros and cons about the way the B.C. statute works in the cold light of day,” he said. “A trend has emerged in corporate governance over the last 20 years which says well-governed public companies should have a majority of directors who are in a position to exercise independent judgment on what is best for the company. But if you end up in a situation where those independent directors can be removed because the controlling shareholder doesn’t like their views, that does raise some real concerns.”

It probably came as a surprise to non-voting Rogers shareholders that the family trust could do what it did, said Yalden.

“In companies like Rogers where you have a dual class share structure it is important to investors, even if they don’t have a vote, to know there are directors which can exercise independent judgment,” he said. “They need that to help them make an investment decision, rather than just waking up one morning to find what happened is a fait accompli and they have had no time to decide whether or not they want to stay with the company.”