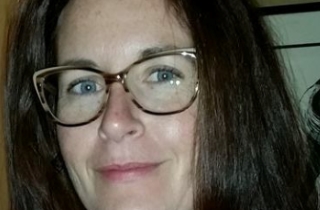 A government lawyer in Saskatchewan is hoping stress and court time can be reduced for divorcing couples through a new online tool that assists them with crafting a separation agreement.

Kim Newsham, a lawyer with the Family Law Unit of Justice Saskatchewan’s Family Justice Services Branch, expressed these sentiments as part of an Oct. 29 webinar titled It’s In Your Court: Resolving Family Law Problems Out of court — an hour-long lecture discussing services and tools available for separating couples wanting to avoid a drawn-out and costly legal fight.

The webinar, the fifth session in the Saskatchewan Access to Legal Information (SALI) 2021 virtual conference series and offered by the Law Society of Saskatchewan as a professional development credit course, was hosted by Newsham and Joel Janow, director of the Public Legal Education Association of Saskatchewan (PLEA). 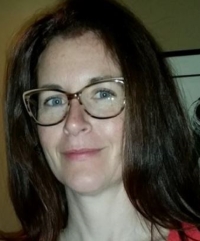 During the session, Newsham pointed to a “consistent divorce rate of around 38, 39 per cent for about 40 years,” and research suggesting “family law is consistently one of the top three or top four problems experienced by average Canadians in any three-year time period.”

Afterwards, Newsham spoke to The Lawyer’s Daily of the stress caused by having to navigate a complex court system.

“I think it has been really difficult for people to navigate the court system,” she said. “We’re dealing with a group of people who’ve just come out of probably the most stressful and emotional time of their life and may or may have not good support systems around them, and then we throw a complex court system, with all of the court forms and the processes and the rules of court that accompany that, and pretty much say ‘good luck.’ So, the more we can do to put them in a space that will help ramp down that anxiety level, that will help them be in a better place to make better decisions, then all of us benefit from that. And, ultimately, the children benefit the most from that.”

A feature of the session was the detailing of Agreement Maker, a new tool on PLEA’s FAMLi website, allowing soon-to-be exes to customize and craft a separation agreement.

Janow described Agreement Maker to the participants as a tool for those couples “who can agree on how to handle their family law issues.”

“The issues are set out and the parties can choose the ones they want to deal with,” Janow said. “It’s flexible, so one can write their own clauses, but there are many common clauses already there. They can be chosen or just be used as guides to help word one’s own agreement. The tool will remind people of issues they might want to deal with if they’ve overlooked them, but they don’t have to. At the end is generated a word document which can be easily edited or changed if people want. And then there is clear explanation about next steps, like signing and witnessing, when independent legal advice will be needed, and the options around sticking with the agreement or using it to form part of court orders.”

She said certain types of information would have to be inputted before the couple applies to court for a divorce, including where they are residing at that time as well as where the childing are living and how they are being parented.

There are also sections for parenting time, child and spousal support and the division of property. But Newsham said independent legal advice would still be recommended, particularly for dividing property.

There is also an option for a couple to bring in a mediator or some other third party to help them work thorough crafting the agreement.

Newsham was asked by The Lawyer’s Daily if she is optimistic Agreement Maker will produce positive results, given that even relatively amicable separations can involve disagreements.

“People going through a separation or divorce, this is probably the most emotionally devastating part of their life, so the chances of something [going] awry or sticking points or areas that have a lot of emotions attached to them, there is a good chance something like that is going to happen. I think we’re on the right path. I don’t claim that we’ve got to a full solution yet on how we can prevent or address all of that with people. But I can say that of the huge number of people who contact Saskatchewan’s Family Law Information Centre each year … we know a lot of them are able to work things out on their own, with the right supports.”

Newsham and Janow also spoke of the Form Wizard, which is also found on PLEA’s website and assists those needing to complete court forms for a divorce, a parenting order, child support, spousal support or property division.