A controversial bill that would amend the Civil Code of Quebec (CCQ) and family law has been lauded for creating a legal framework for the use of surrogate mothers but has been slammed for scaling back trans rights and possibly opening the door to a divisive debate over the rights of a fetus.

Bill 2, the first reform of Quebec’s family law since the 1980s, is regarded as a disappointment, and in some cases a step back, by family law experts who had hoped long-awaited changes to the status of common law relationships would have been introduced. Instead, legislative changes around conjugality are expected to follow in the months to come.

“This can be viewed as a conservative bill,” noted Michel Tétrault, a family law expert who has written several books on Quebec’s family law regime. “This is a bill that changes little. But in some cases it clearly goes backwards. With trans rights it does not even maintain the status quo. Instead it is a clear step backwards. With assisted procreation, the way the bill is written is neither clear nor obvious, and represents kind of a step backwards because while there is a lack of regulations, there is a body of jurisprudence beginning to issue guidance. And as for giving juridical personality to a child considered as conceived but not yet born, the government is going to have to do some explaining.”

Under Bill 2, surrogacy contracts would gain legal recognition in the CCQ. At present, it is illegal to pay a woman to carry a child. It is not if no payment is made but even then contracts signed between the surrogate mother and the parents who intend to raise the child are not legally binding under the CCQ. Under the new family law reform, a notarized surrogacy agreement or a notarial act en minute would have to be concluded before the onset of pregnancy. It would also require the birth mother to consent to give up her bond of filiation with the child after the child is born, “being deemed never to have existed,” and that the bond of filiation “is established” for the intended parents. The surrogate mother, who would have to be at least 21, could change her mind and opt to terminate the contract, without legal consequences. The proposed legislation also would allow for the reimbursement or payment of expenses or the compensation for loss of income.

“I actually have concerns over whether it’s the place of the Civil Code to have quite such a detailed regime about surrogacy,” said Robert Leckey, a family law expert and dean of McGill University’s Faculty of Law. “This is very regulatory. But the big news is that there’s a legislatively conceived path for surrogacy agreements to lead to the parent’s filiation on the part of the intending parents without it sort of being done in the shadows of the adoption rules. All that is a lot better than the kind of regulatory void we’ve been dealing with.”

Besides following in the footsteps of the federal Divorce Act and explicitly stipulating that family violence is an element that must be considered by the courts when determining the custody of children, the bill also acknowledges that a child may have some interest in maintaining relationships with stepparents. But Leckey points out that the new legislative reform does not contemplate any possible obligation of support between the former stepparent and the child, as is the case under most provinces and the federal Divorce Act in cases where the stepparent treated the child as a member of their own family. “It’s ironic that you would acknowledge the relationship, but not back it up with the potential obligation of support,” remarked Leckey.

Changes have also been made to the assisted procreation regime, making it a clearer and a more transparent process but it does not as is the case in other provinces require the existence of a written agreement. Under the new bill, parents also would have to inform their child they were born involving the contribution of a third person, but is silent on what happens if the parent fails to tell the child. “Nobody uses assisted reproduction in a kind of spontaneous way without thinking about it so why wouldn’t you like them to write down their intentions?” asked rhetorically Leckey. “It feels like a missed opportunity not to require that the intending parents and the donor put in writing what their plans are.”

The bill also includes the presumption of parenthood for common law couples, a development that Tétrault is uncertain about as it could lead to uncomfortable situations. “What happens in cases where the mother says her common law spouse is the father, and he’s not?” asked Tétrault. “You cannot expect hospitals to have the responsibility of ensuring that people are really in common law relationships. This presumption will lead to questions.”

So, too, will the inclusion of the new right to know one’s origins “involving the contribution of a third person” into the Quebec Charter of Human Rights and Freedoms. Under Bill 2, people who were adopted can learn, “in certain circumstances,” of the name of their birth parent, the right to obtain a copy of their original act of birth, copies of judgments around their adoption as well as the name of their grandparents and siblings of origin — unless the parent expressly registered a contact veto. “There are complicated interests involved in trying to think through these things,” said Leckey. “There’s a broader kind of global movement towards thinking people need to know these things so I guess it’s kind of line with the times.”

But the biggest questions around Bill 2 deal with trans rights, and it now appears that the Quebec government may back down. Under current regulations, in effect since 2015, transgender people in Quebec are allowed to change their designation on official provincial identification documents such as health-care cards and drivers’ licences by filling out a sworn statement that their gender designation corresponds with their identity. But under the new reform, people can only request a sex change on their birth certificate after undergoing gender-affirming surgery — a requirement that Quebec Minister of Justice Simon Jolin-Barrette said was in response to a Quebec Superior Court ruling rendered early this year. In Centre for Gender Advocacy v. Attorney General of Quebec 2021 QCCS 191, Quebec Superior Court Justice Gregory Moore affirmed that having your identity acknowledged and recognized by the state is a core aspect of the right to equality and the right to dignity. The judgment, lauded as the most sweeping in its scope in Canada involving the constitutional rights of trans people, found that six provisions of the CCQ violated rights guaranteed by the Canadian Charter of Rights and Freedoms and the Quebec Charter of Human Rights and Freedoms. 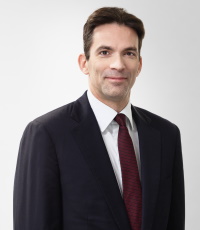 Moreover under Bill 2, people whose gender identity does not match their sex assigned at birth, such as trans people, will have the “opportunity” to obtain a “gender identity” designation in their legal documents distinct from their “sex,” noted Michael Lubetsky, a Toronto lawyer with Davies Ward Phillips & Vineberg LLP. As a result, a cisgendered person’s birth certificate will feature a “sex” field, while a trans person’s will instead have a “gender identity” field until and unless they undergo surgery to modify their sex organs. In other words, every trans person who declines to undergo surgical sterilization will be immediately identifiable as “trans” on their identification documents, said Lubetsky.

Jolin-Barrette appears to have heard the outcry, and said that he is planning to “remove” the controversial amendments, according to the French-language newspaper Le Devoir.

More controversy is likely to surface over a new amendment in Bill 2 that would amend Article 34.1 of the CCQ by granting personality rights to a child not yet born. Under the new provision, “For a child to be considered as conceived but not yet born for the purposes of the law, the mother or the person who is to give birth must be pregnant with the child.”

Family law experts are concerned that it will lead to the divisive legal debates over abortion. “It’s not fully obvious to me what they’re doing with 34.1 as an addition,” said Leckey. “I was surprised to see that. I’m still trying to process what it is they are doing here.”

Tétrault also wonders. He points out that the Supreme Court of Canada held in Tremblay v. Daigle, [1989] 2 S.C.R. 530, that “unless the foetus is born alive and viable it will not be granted the rights recognized therein.”

“The Quebec government has opened a door,” said Tétrault. “Obviously it is not a recognition of the rights of a fetus, but it opens a door. They are giving a grip to people who say that before birth they have rights, that they have personality rights. They are giving personality rights to someone who according to the SCC is not yet a person. That is a problem. Perhaps it will lead to nothing, but it opens the door to legal challenges and will create legal uncertainty. And then what are we going to do?”