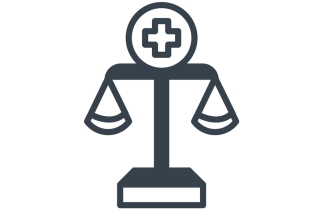 Levac v. James, 2021 ONSC 5971 (Levac) is the latest of a growing number of representative actions to be tested on the merits. The decision reaffirms that infectious outbreaks are well suited to certification and are amenable to adjudication on a classwide basis. Levac also wrestles with a novel theory of liability before the court, one that could have wide-ranging implication: a theory based not on a traditional causation analysis but on an epidemiological analysis premised on the statistically high rates of infections found among a medical doctor’s patients.

The class action followed an infectious disease outbreak at a now-defunct Toronto pain management clinic. After a formal review of the clinic’s infection prevention and control practices, Toronto Public Health determined that there were multiple deficiencies and that the clinic doctor at the core of the investigation, Dr. Stephen James, had been colonized with a rare strain of Staph aureus bacteria (CC59) and had transmitted infection to his patients.

The class plaintiff, Anne Levac, launched the class action 2014. The action involves claims by some 20 patients of James that he, along with the now-defunct clinic and the nursing staff of the clinic, is responsible for the bacterial infections they suffered because of injections he administered to them. Levac alleged that James caused the infectious disease outbreak by negligently implementing a substandard infection prevention and control (IPAC) practice. Notably, while all class members suffered some form of infection, only a small group tested positive for the same rare strain of Staph aureus bacteria that had colonized James. For the remaining group, either no samples were taken that could be tested or the tests were inconclusive.

The procedural history in Levac is nothing short of eventful. At first instance, the court certified the class action and awarded partial summary judgment against the defendant doctor. In Levac v. James, 2016 ONSC 7727, Justice Paul Perell found that James breached his duty of care to members of the class; that specific causation had been established for those class members infected with the same strain of bacteria found on James; and general causation for the remainder of the class. The Court of Appeal reversed this decision in Levac v. James, 2017 ONCA 842, and sent the certification motion back to the Superior Court for reconsideration by a different judge.

Prior to proceeding to trial, Levac moved to amend her pleading to add causation-related common issues and two subclasses, including a subclass to reflect class members whose infections could be matched to the strain of bacteria colonized on James. The most striking or controversial amendment was the inclusion of a causation question regarding whether an inference should be drawn based on statistical correlation that, in the absence of evidence to the contrary, James’s negligence caused or contributed to class members’ infections.

James did not object to Levac’s amendments. Instead, he moved, unsuccessfully, to decertify the class action, on the basis that discovery evidence proved insufficient commonality amongst class members (Levac v. James, 2019 ONSC 5092).

The case advanced before Justice Morgan to be decided on its merits. At issue was whether any of the infections were caused by James’s negligence or breach of fiduciary duty, and whether the other defendants — specifically, the nursing staff who assisted James from time to time in performing injections — were contributing causal agents.

Like most medical malpractice trial decisions, the Levac common issues trial decision goes into great detail about the testimony of the plaintiff’s witnesses as well as the defendants’, including expert evidence. Of note, Levac’s list of experts included a professor of forensic epidemiology and an infection control specialist.

Based on the evidence before him, the trial judge concluded, with little hesitation, that James fell below the standard of care. Justice Morgan found that James made “no attempt to report, investigate, or remediate or to change any of his practices or procedures in response to learning of the series of patient infections.” As for the nurse defendants, Justice Morgan held that the common issues trial revealed no legal claim whatsoever.

Turning to the issue of causation, the court focused first on the subclass whose infections were found to match the bacterial strain colonized on James. Again, with little hesitation, Justice Morgan concluded that James’s breaches in the standard of care were the cause of the clinic infections suffered by the subclass. He reasoned that that there was “no other viable explanation … for the genetic match between the CC59 strain of Staph aureus infecting these patients and the CC59 strain of Staph aureus colonizing Dr. James.”

As it relates to the remaining class members (i.e., the infected patients for whom there was no evidence that they had been infected by the CC59 strain of Staph aureus bacteria), Justice Morgan was left to grapple with whether the evidence before the court permitted him to infer that James’s breaches of the standard of care in relation to his IPAC practices were the likely cause of the infections suffered by class members.

Levac’s position on this point was that there was in fact a common factual base to draw an inference. Relying on epidemiological evidence, she argued that by performing an injection with substandard IPAC practices, James exposed each class member to a level of risk that was statistically much higher than for patients undergoing the same procedure. Notably, the uncontroverted evidence before the court was that patients of James had a nearly 69 times greater risk of developing a serious infection than pain clinic patients not exposed to his substandard IPAC practices. James’s own expert testified that there was no strain of Staph aureus that was known to infect patients when appropriate IPAC measures were employed.

Justice Morgan ultimately concluded that he could not ignore the “overwhelming” evidence against James. Thus, for those class members for whom there was no evidence that they had been infected by the CC59 strain of Staph aureus bacteria, Justice Morgan determined with ease that an inference could and should be drawn:


While each Class member will have to demonstrate their right to a claim by showing that they partook of this common risk and suffered consequences, the inference that their injury was specifically caused by Dr. James’ actions is statistically proven.

The court likewise concluded that James’s breaches of fiduciary duty were the likely cause of clinical infections suffered by the class members, and that punitive damages were warranted.

Given how rare common issues trial decisions are, Levac has important implications for not only class actions, but individual actions too. Ultimately, Levac reinforces that while evidentiary and proof requirements of the common issues are not lessened merely because the matter is a class action, epidemiological tools can be used to infer causation.

Genevieve Cantin is an associate in Siskinds’ class actions department. You can write to her at genevieve.cantin@siskinds.com. 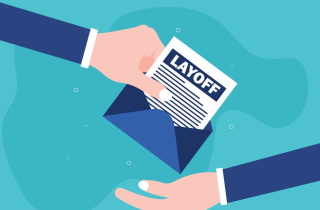