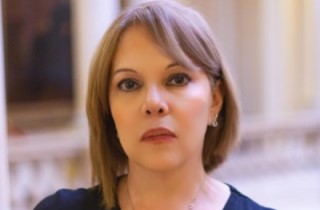 B.C. move on drug decriminalization met with support, hope it will lead to further change

British Columbia’s decision to ask Ottawa to remove criminal penalties for people who possess small amounts of drugs for personal use is being hailed as a key step toward stemming the tide of opioid-related deaths in the province and perhaps spur the federal government into action. But an observer is saying decriminalization will not fully tackle the critical issue in the province, which is the toxic nature of the drugs being used.

B.C. is the first province in Canada to seek an exemption from drug possession laws under s. 56(1) of the Controlled Drugs and Substances Act, which allows the federal government to lift enforcement of the Act if it is “necessary for a medical or scientific purpose or is otherwise in the public interest.” The province said treating substance use as a public health challenge rather than a criminal act will create new pathways to support individuals seeking treatment as those who are found with drugs would not be fined or arrested, but instead given information on how to access health and social services.

“Substance use and addiction is a public health issue, not a criminal one,” said Sheila Malcolmson, B.C.’s minister of mental health and addictions. “B.C. is adding new health and substance-use care services almost weekly, but we know shame prevents many people from accessing lifesaving care. That’s why it’s crucial to decriminalize people who use drugs.”

British Columbia first declared a public health emergency related to opioid use in 2016, and since then over 7,000 people have died because of a toxic drug supply. Prior to the outbreak of COVID-19, B.C. saw a decrease in death due to toxic drugs. But the pandemic reversed this trend, causing toxic drug poisoning deaths to reach an all-time high.

“Criminalizing members of our communities who use drugs has resulted in decades of causing further harms to many who are already suffering from mental or physical health challenges and/or the effects of emotional or physical trauma,” said B.C.’s chief coroner Lisa Lapointe. “Decriminalization will help shift our focus from punishment, which has resulted in social isolation, stigma and fear, toward a medical model that recognizes substance use as a health issue.”

The province’s move was met with support from the medical and legal community. Katrina Jensen, executive director of AVI Health and Community Services, said seeking the exemption was “one of the most important steps government has taken to address the toxic drug supply in British Columbia.”

“Criminalization drives stigma and makes people reluctant to seek support. Decriminalization will save lives and make it easier to connect people to lifesaving services,” she said. “This is a logical and necessary response on the part of government’s efforts to treat this as a health issue that it is.”

NDP MP Don Davies, who represents the riding of Vancouver Kingsway in the House of Commons, said the suffering that addiction causes across Canada is “unfathomable.”

“It is clear our current approach isn’t working, because families and communities are being destroyed,” he said. “This is an epidemic that impacts Canadians of all backgrounds, and while decriminalization in B.C. is a good step, we need to decriminalize drug possession across the country.”

Criminal lawyer Adriana Ortiz said she has seen first-hand the impact these simple possessions of drugs have on both the user and society at large. She said she hoped that B.C.’s action would spur other provinces and hopefully lead to the federal government to consider nationwide decriminalization.

“I think this type of offence overwhelms the system, and the users and their families are living in constant fear,” she said. “It is time to consider the user as somebody who requires assistance from the health sector, and not the criminal sector.”

Ortiz said countries which have opted for decriminalization, such as Portugal, have seen their use of drugs go down. But she added that it was also important to distinguish between decriminalization and legalization, as it would still remain illegal to produce or sell drugs.

“The positive impact of this approach is that we will treat being dependent on a drug to be a health and social issue. The criminal justice system is not equipped to deal with social issues, nor should it,” she said. “It would be naïve to think that a social issue such as this can be resolved at a court.”

But Neil Boyd, a criminology professor at Simon Fraser University, said he didn’t feel that criminalization was the “critical issue,” and the real problem was “stemming the tide of the toxic nature of the illicit market.”

“The government’s move is positive in the sense that there is this thinking in our culture that wasn’t there 20 or 30 years ago about looking at drugs as a public health issue rather than something best dealt with by criminal law,” he said. “But we are in the middle of an opioid crisis in British Columbia, and the biggest problem is people are injecting substances which are toxic. So what is really critical in terms of saving lives is a safer supply and the provision of these drugs at a dose which is safe for the consumer.”

Health Canada spokesperson Charlaine Sleiman said in an e-mail the government will “carefully review” B.C.’s request and continue to work with provincial officials on options that address their needs.

“Each request for an exemption is carefully and thoroughly reviewed on a case-by-case basis, taking into account all relevant considerations, including evidence of potential benefits and risks or harms to the health and safety of Canadians,” she said. “The government of Canada is committed to a comprehensive public health approach to the overdose crisis that is focused on reducing harms, saving lives, and getting people the supports they need. This commitment extends to examining all options and evidence to respond to the tragic increase in overdoses and to help save lives, while also ensuring the safety of communities across the country.”