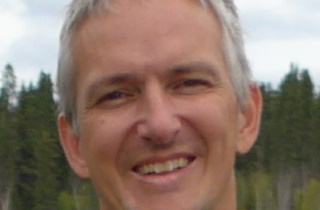 The Alberta government is moving forward with legislation to modernize its rules governing trails on public land, but an environmental law organization is raising concerns the plan fails to properly manage use of the trails in a sustainable manner.

The proposed Trails Act, Bill 79, is aimed at modernizing the trails framework and allowing for more trails and adjacent areas to be conserved and enjoyed by Albertans. The province has 13,000 kilometres of designated and managed trails and hundreds of thousands of kilometres of “unintended” trails, which are trails which have emerged as the result of industrial exploration, industrial access or “other linear disturbances.”

Alberta’s current legislation for trails on public land has not been updated since 1979 and there are some gaps — for example, motorized equipment such as off-highway vehicles (OHVs) are used more often than ever, which can put a heavy strain on Alberta’s trails.

“Trails are such an important part of Alberta’s history and identity, helping us lead healthy lives and providing huge economic benefits through travel and tourism, and they are more popular than ever before,” said Environment and Parks Minister Jason Nixon. “We are fulfilling our platform commitment for a Trails Act that helps advance our conservation agenda and supports quality outdoor recreation for generations to come.”

The Act would allow for the designation of trails for specific uses such as hiking or riding an OHV and improve trail planning to consider other land uses and values. It would give the minister power to create designated trails, designate trail managers and enter into trail agreements “for the purpose of the operation, management, construction, development or maintenance of a designated trail or designated trail area.”

The bill was met by support by a number of stakeholders, including the Alberta Hiking Association, the Alberta Snowmobile Association and the Alberta Off-Highway Vehicle Association. But Jason Unger, executive director of the Environmental Law Centre (ULC), said the Trails Act was “very bare bones in its approach” by relying heavily on ministerial orders and regulations to flush out details about the designation and management of trails.

“The practical reality is that trails on public land in Alberta have not been overly planned or managed. That has been an ongoing issue and has created conflicts, and the Trails Act perpetuates that by being just framework legislation which allows the minister to enter into these trail agreements without any substantive context around what is a sustainable trail,” he said. “Obviously, there are regulation-making powers that could potentially address that, but it is important to have them in the legislation itself rather than deferring it.”

The government needs to ensure there is a level of accountability on public lands around the impacts of trail use, said Unger. The ELC is recommending mandatory criteria for the designation of trails and the content of trail management plans, with trails subject to a scientific assessment for their environmental impacts.

“Just because a specific trail use may have an appeal for certain users, it may not be appropriate for a variety of other reasons such as impact on species at risk,” he said. “There has to be a system in place whereby we manage the impacts of our recreation on the landscape.”

Bill 79 is currently at second reading before the Alberta legislature.