As licensees may be aware, the Law Society of Ontario, as a pure regulator, is unburdened by considerations of commercial reasonableness. This freedom has allowed Convocation to generate a steady stream of good, workable, ideas — from Alternative Business Structures (ABS) to the Statement of Principles (SOP) to subsidizing a regulatory sandbox to benefit non-licensees. Now, as the economy recovers, the law society has a great opportunity to expand the scope and breadth of regulation across many additional areas of private practice. The only real roadblock may well be the failure of Convocation to increase the budget quickly enough to accommodate all of the new regulations in the pipeline. Convocation’s failure to act swiftly in this regard creates the risk that the law society may find itself dangerously underfunded.

To properly put this in perspective, it is necessary to look back at the “good old days,” namely, 2018. Then unencumbered by either COVID-19 or computers, it was regulatory Nirvana. The subsidized restaurant (half a million or so a year, cha-ching) remained open, serving opulent food and drink, and the 2019 budget was passed, clocking in at a very respectable $142.5 million (almost baller money, and much more than the plebs at the College of Physicians and Surgeons got by on). Meanwhile, the law society’s full-time employment count had crossed over 600, making the law society a regulator on the grow, along with one of Toronto’s top employers (in more ways than one).

COVID very rudely disrupted the inertial status quo. Suddenly, the law society was forced, albeit temporarily, to budget in a more fiscally responsible manner. The money-losing restaurant was shuttered, forcing both benchers and management alike to pay retail prices when eating out in Toronto. Other cost savings were also found, such that in 2020, the law society only spent $122 million, a significant reduction from the balling times of only one year earlier.

But as we emerge from COVID-19, the need to spend prudently at the law society has largely waned. 2022 spending, at $134.3 million has almost returned to the 2019 levels, which will likely be surpassed next year. Meanwhile, bencher expenses, coming in at a paltry $10,000 or so per bencher in 2020, are anticipated to return to a more entitled $60,000 or so next year, as in-person meetings resume and the law society resumes picking up the tab for wining, dining and transporting benchers. Many other expenses in the 2022 budget increased similarly.

Cleverly, the law society found a way to (slightly) decrease licensee fees in the process. This was chiefly accomplished by admitting an additional 1,500 or so licensees to practice (to address Ontario’s pressing shortage of lawyers), while also spending down $16 million in fund balances (using about 19 per cent of total existing fund balances). While membership rolls can be grown indefinitely, paying for ongoing programs from fund balances will only be transitory, before significant cuts to spending must be made, or more realistically, there will again be significant increases to annual fees.

However, in the meantime, much great work remains to be done. Fresh off of imposing new regulations upon solicitors in the name of anti-money laundering, the law society has several other great initiatives in the works. Initially, after being suspended due to the onset of COVID-19, the law society is again considering “tinkering” with the articling requirements, including mandating minimum pay and providing greater oversight of articling placements. While mandating minimum pay is relatively self explanatory, the greater oversight of articling (principals) would require either staff be allocated from elsewhere within the organization, or more realistically, that more staff be hired. It is only through higher annual budgets that such necessary oversight can be provided, but then couldn’t articling principals themselves benefit from some additional oversight?

The law society (yes, the same one that grants licences upon proving that you can work an index) is, apparently without irony, also looking at making changes to the Continuing Professional Development (CPD) framework. Thus, licensees could soon benefit from additional or tighter CPD requirements (despite the lack of evidence of correlation to any positive outcomes), ongoing professional peer assessment and monitoring along with additional practice review. These are just some of the great ideas laid out in the Competence Task Force’s report on Renewing the Law Society’s Continuing Competence Framework. If implemented, these ideas have the potential to revolutionize private practice in Ontario, freeing licensees to spend more time clearing regulatory hurdles, and less time burdened by revenue-generating activities. Like manna from heaven, the law society is apparently well aware that revenues simply fall from the sky.

However, these positive changes and much needed additional regulations cannot simply will themselves into existence, they need the cold hard cash that only comes from higher law society spending. To large extent, that higher spending can only come about via higher fees on licensees, which licensees will doubtless wholeheartedly support.

Of course, not all benchers at Convocation subscribe to the above groupthink. Some have the nerve to call out management for wasteful and excessive spending and push back against unnecessary and burdensome regulation of licensees in private practice. Likewise, a number of us push to ensure that regulations are commercially reasonable (and for instance disagree that files should be kept for 15 years after closing), but as the recently passed budget shows, we are in the minority.

In fairness to the law society, there are a number of areas where it performs well — the Practice Management Helpline comes to mind. Others, such as tribunal have shown substantial improvement, recently adopting rules promoting efficiency and denoting itself as electronic. Hopefully, these examples will permeate throughout the rest of the organization, such that it can continue to enjoy the consent of the governed. 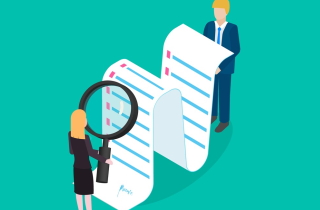 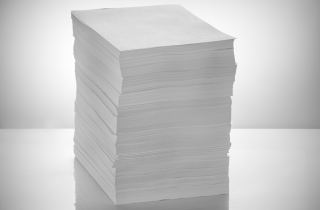