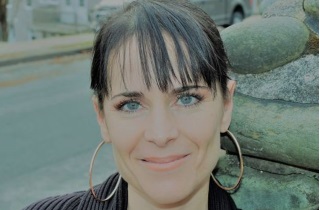 Two Nova Scotia lawyers hope a recent court victory has brought Canada’s government a step closer to ending the practice of dry celling — a “humiliating and traumatizing” form of segregation used to search prison inmates suspected of hiding drugs in their body cavities.

The hope is borne out of a unique court case from Canada’s East Coast involving questions around inmates’ rights and how corrections law fails to contemplate differences in gender and bodily function.

At the centre of the Nov. 12 Nova Scotia Supreme Court written decision in Adams v. Nova Institution, 2021 NSSC 313 is Lisa Adams, a 34-year-old woman who soon after arriving at the Nova Institution for Women was placed in a dry cell because staff suspected she was hiding crystal meth in her vagina.

A dry cell, described in the written decision as a “place within a prison where a unique form of solitary confinement occurs,” is used to search inmates suspected of hiding contraband in a body cavity.

Inmates are separated from the prison population, strip-searched and placed in the dry cell, which lacks plumbing or water. While there, they are expected to pass any concealed contraband.

They are given no privacy, allowed minimal social interaction and are kept under constant observation so that any passed contraband cannot be tampered with or destroyed; they remain in the dry cell until either the drugs are passed “or circumstances dispel any reasonable expectation the contraband will be expelled.”

Section 51 of the Corrections and Conditional Release Act (CCRA) governs the use of dry cells; s. 46 defines “body cavity” as including either the rectum or vagina.

This definition of body cavity was front and centre in Adams’ case. 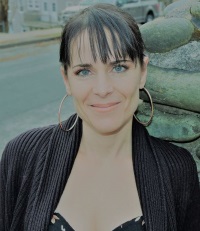 Elizabeth Fry Society Mainland Nova Scotia executive director Emma Halpern was one of two lawyers acting for Adams. Halpern said Adams should never have been placed in a dry cell, a big reason being that it is not possible to expel something such as contraband from a vagina the way it is from a rectum, through a bowel movement.

Given this, Halpern was asked why staff at Nova Institution put Adams in the dry cell.

“They have policies and protocols that they thought that they were following … and dry cell is the protocol that … the staff on the ground believe they were supposed to follow when there is a suspected contraband in the body,” she said. “They weren’t contemplating this problem; that would be my guess. … There was nothing that was ever brought forward … that suggested to the exact reason other than this person is suspected of having contraband in their body … therefore we are going to use the dry cell protocol.”

Adams, who as of now is back home with her family, was placed in the dry cell on May 6, 2020. She denied hiding any drugs, but Nova Institution’s warden had reason to believe Adams was lying: She was a known user of crystal meth and, after being caught smoking at the prison, admitted to using her vagina to smuggle in a cigarette.

As well, traces of crystal meth were found on some of Adams’ personal items. And a second read of results of a previous body scan showed images of “multiple, round packages … in Ms. Adams’ vagina.” Also, toxicology reports concluded Adams had used the drug after her imprisonment.

According to the decision, Adams, who had a history of shaky mental health, “faced ‘great mental distress’ due to the lack of privacy afforded to her when urinating or attempting to have a bowel movement” while in the dry cell.

An attempt was made to use an X-ray to confirm there were no drugs present in Adams, but the doctor refused due to concerns Adams was told to consent to the procedure or stay in the dry cell.

It was not until May 22 that Adams was released from the dry cell, after a pelvic exam revealed there were no drugs in her vagina.

Shortly before getting out, Adams filed a court application of habeas corpus for release. She launched a constitutional challenge, claiming to have suffered emotionally and psychologically from her 15-day stay in the dry cell.

She argued that s. 51 and 52 of the CCRA violated the Charter because it could lead to prolonged periods of dry-cell segregation for women suspected of concealing contraband in their vaginas.

The Crown, acting for the Correctional Services of Canada (CSC), the federal Attorney General and Nova Institution, conceded that Adams should not have been placed in the dry cell, blaming the move on prison staff.

With this, the Crown argued the incident was not a Charter breach.

Still, they argued that if the dry cell provisions are deemed unconstitutional, a tailored remedy should be made so that s. 51 does not apply to inmates suspected of carrying contraband in the vagina.

But Justice John Keith found that this “oversimplifies the problem and fails to recognize the fact that the search and seizure provisions of the CCRA were drafted in an integrated and internally cohesive manner.”

Instead, he decided that the dry cell provision should be re-examined. He found s. 51 to be unconstitutional and sent the matter back to Parliament, giving the federal government six months to come up with a solution — lest the provision be struck down completely.

Justice Keith found that the CCRA’s definition of body cavity does not take into account that contraband being hidden in a vagina would not necessarily be expelled through the dry cell process the way it would by way of the rectum.

“The dry cell provisions of the CCRA establish the same statutory response for contraband suspected of being concealed in a vagina as in a rectum — with both body parts being melded into a single term ‘body cavity’,” he wrote. “Yet, the biological process by which contraband might be expelled or otherwise escape from the rectum is different from the vagina. The expectation that contraband might be expelled from the vagina is similarly different, and so is the risk of a more severe period of dry cell detention for women reasonably suspected of carrying contraband in their vagina. To treat ‘vagina’ and ‘rectum’ as the same ‘body cavity’ for the purposes of dry cell detention cannot be said to be minimally impairing or the least drastic necessary to achieve the legislative objective.”

As for now, the practice of dry celling remains in place until Parliament comes up with a solution.

Halpern and her co-counsel, Elizabeth Fry staff lawyer Jessica Rose, say they do not see the need for this search method at all, as the CSC now has other options at its disposal under the CCRA.

According to a federal government webpage, inmates in SIUs have their specific needs and risk factors addressed, are offered programs to help with reintegration into the prison population and have greater access to “meaningful human contact.”

Halpern says the best-case scenario would be for Parliament to eliminate dry-celling completely.

“Parliament has created an entirely new process to hold people in a form of segregation, for a variety of reasons. … Parliament has already gone down the road of looking at other ways to regulate the segregation of individuals, and if that seems necessary, then they could certainly use the SIU protocols to address their concerns about contraband if needed. In my view, there is absolutely no need for the section of the Act that is going to be struck down. I would really hope that they don’t just try to tinker at something that is ultimately unconstitutional.”

But the fight to end the practice may go on for a while: The Crown could appeal the decision, or Parliament could ask the court for an extension beyond the six months. 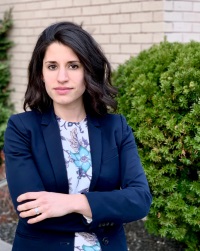 Rose expects Corrections Canada to put up a battle.

“I think Corrections is going to wage a fight against that, and that safety and security of the institutions is paramount — over that of constitutional rights and causing trauma,” she said. “I think they are going to choose safety and security — or at least the illusion of it — over respecting the fact that keeping people in that state, for no matter how long, is simply humiliating and traumatizing.”

Rose points to what she calls a rare aspect of the case: The fact Adams used a habeas corpus application for not just her release, but to bring forth her challenge to the legislation.

“Typically, the remedy somebody is seeking in a habeas corpus application is release. But in our case, it was more appropriate to use it as a vehicle to strike down a piece of legislation for being unconstitutional. And that is quite rare. To have our Nova Scotia Supreme Court confirm that habeas corpus can sometimes be used as a forum to strike legislation for being unconstitutional is quite exciting.”

A request for comment put forth to Crown Ami Assignon was forwarded to CSC media relations. A spokesperson said Justice Keith’s ruling is being reviewed.

“[The] CSC takes seriously its obligations to provide safe, secure, and humane treatment while assisting offenders to become law-abiding citizens,” they stated in an e-mail. “Dry cells are one of many tools used by CSC to prevent the entry of contraband into institutions. We continually work at improving measures to prevent contraband from entering our institutions to ensure a safe and secure environment and work in partnership with the police to take action against those who attempt to introduce contraband into correctional institutions. CSC has a number of tools available that are used to prevent the flow of drugs into our institutions.”

They went on to state that the CSC “continues to research and introduce new technology as it becomes available to better facilitate the detection of contraband.”