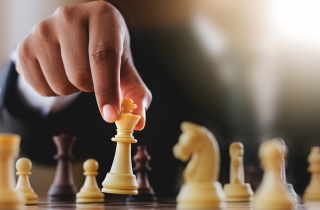 In Hryniak v. Mauldin 2014 SCC 7, the Supreme Court of Canada acknowledged that a lack of access to justice is the greatest threat to the rule of law in Canada. Most Canadians cannot afford to sue when they are wronged or defend themselves when they are sued. According to the court in Hryniak, fixing the access to justice problem requires simplifying pretrial procedures and crafting “proportional procedures tailored to the needs of the particular case.”

Not long after Hryniak was decided, Rule 50.13 of the Ontario Rules of Civil Procedure was enacted to allow judges to convene case conferences to give directions and to make summary orders for interlocutory relief.

However, despite both Hryniak and the creation of Rule 50.13, Ontario courts continued to struggle under the weight of a stubborn “motions culture.” For example, according to data compiled by Toronto lawyer Brooke MacKenzie, the number of summary judgment motions decided in Ontario increased by 36 per cent in the year following Hryniak after declining by roughly 19 per cent during the three-year period immediately prior to Hryniak. Brooke MacKenzie, Effecting a Culture Shift — An Empirical Review of Ontario’s Summary Judgment Reforms.

COVID-19 has only made matters worse. The crushing backlog caused by the pandemic has forced the judiciary to largely entrust case management functions to litigants and their counsel. This, in turn, has placed an increased onus on lawyers to co-operate, be reasonable and ultimately agree on procedural issues so that actions can move more expeditiously towards resolution. Indeed, everyone must do their part.

For this reason, Rule 50.13 has taken on renewed significance. It is increasingly being used as a judicial clearinghouse for procedural motions, bordering on a process analogous to requiring leave. Parties who pursue tactical motions, engage in procedural gamesmanship and refuse to co-operate can fairly assume that the court will not spare the rod.

A case in point is the recent decision of the Ontario Superior Court in Innocon Inc. v. Daro Flooring Construction Inc. 2021 ONSC 7558, in which Justice Fred Myers criticized the parties for engaging in what he called “procedural games.”

After nine years of litigation, the parties had still not completed discovery. The plaintiffs failed to comply with a court order requiring that they answer outstanding undertakings and questions refused. After initially moving for an order striking out the plaintiffs’ pleadings, the defendants changed their motion to claim contempt. The effect of the defendants’ proposed motion was to require that it be heard by a judge, presumably to try to avoid the backlog in scheduling motions before an associate justice. The plaintiffs responded with a cross-motion for security for costs.

Justice Myers did not mince words in condemning the parties’ conduct. He said that “Instead of reasonable people agreeing on procedural issues to move the matter forward toward resolution on its merits, it’s motion, motion, motion. Delay, delay, delay. Costs, costs, costs.”

Innocon serves as a stark reminder that the purpose of litigation is not to decimate, humiliate or frustrate opposing parties or their counsel. Rather, it is to seek just and timely outcomes while at the same time promoting respect for our courts and our civil justice system as a whole. This requires working towards resolution, not retribution.

Unfortunately, we too often conflate the adversarial process with no-holds-barred conflict, as evidenced by many lawyers’ affinity for descriptive adjectives like “ferocious,” “relentless” and “warrior” when promoting an “effective” advocate. Civil litigation is not kamikaze warfare. It is civil, both literally and allegorically. Being an effective litigator doesn’t mean busting through walls and breaking down doors; rather, it involves carefully thinking three, four or five moves ahead and getting to the finish line with as little damage as possible. Parties who wish to go all-in at trial are free to do so, but they must proceed with candour. Litigation is chess, not bare-knuckle brawling. Hence why we have historically referred to advocacy as an “art” and not “war.”

In this vein, it is important to remember that a lawyer’s ethical duties span three dimensions: their clients, the courts and the administration of justice. Engaging in sharp practice is tantamount to breaking the fourth wall, creating a pernicious perception that our ethical canons are a hollow fiction. Indeed, the commentary under Rule 5.1-1 of the Law Society of Ontario’s Rules of Professional Conduct states that a lawyer’s duty of “fearless representation” must be discharged “by fair and honourable means” and “in a way that promotes the parties’ [note the plural] right to a fair hearing in which justice can be done.”

Furthermore, abetting access to justice no longer means paving the road to trial above all else. The Supreme Court made this clear in Hryniak where it stated, at paragraph two, that “promoting timely and affordable access to the civil justice system” entails “moving the emphasis away from the conventional trial in favour of proportional procedures tailored to the needs of the particular case.” In 2021, amidst a global pandemic, this statement translates into a greater emphasis on alternative dispute resolution and reasonable settlement discussions between counsel without the stewardship of the courts or a mediator.

Procedural games and intimidation tactics might work for a while, but usually at some point, litigants and their counsel must appear before a court or tribunal, at which time they will be held accountable.