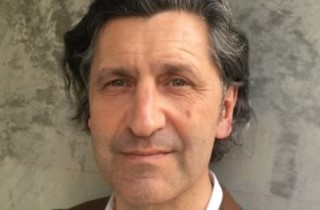 A number of advocacy groups are raising concerns that a recent court decision on exploratory oil and gas drilling off the coast of Newfoundland and Labrador could harm marine ecosystems and sets too low a standard for impact assessments of major resource projects.

The groups, which include the Ecology Action Centre, the Sierra Club Foundation and World Wildlife Fund (WWF) Canada, were seeking judicial review of the federal government’s assessment of the ecosystem impacts of the drilling and the regulation which exempts all future exploratory drilling from assessment. But Justice B. Richard Bell, who authored the decision, ruled a regional assessment report on the drilling was not justiciable, and the regulation was “entirely consistent with the overall purpose and scheme” of the Impact Assessment Act (IAA).

Justice Bell noted the IAA states the minister of the environment and climate change “may establish a committee to conduct a regional assessment of the effects of existing or future physical activities carried out in a region that is entirely on federal lands” and, once that regional assessment is complete, a report should be prepared and delivered to the minister (Ecology Action Centre v. Canada (Environment and Climate Change) 2021 FC 1367).

“There is nothing about [the] report, or the manner in which it was prepared, that would tend to militate against the reasonableness of the regulation,” he wrote. “The final report is not a decision. It is an advisory report to the Minister that informs potential future decisions.”

The environmental groups claimed the final report was not a report as required by the IAA and therefore nothing to base the regulation on, arguing it did not identify and consider changes to the environment or the effects of malfunctions or accidents, which was contrary to the terms of reference of the regional assessment committee which prepared it. They also said the committee’s work was procedurally unfair because the groups were denied the right to participate, and information was not made publicly available in a timely fashion.

On the other hand, the federal government argued the agreement which set up the committee defined the regional assessment as a “study … of the effects of existing or future physical activities carried out in a region” and lays out various requirements related to its conduct, including its objectives, geographic boundaries and factors for the Committee to consider. The committee fully addressed those requirements in the conduct of the regional assessment, Ottawa said.

And Justice Bell concluded the regulation “meets the hallmarks of transparency, justification and intelligibility” as set out in Dunsmuir v. New Brunswick 2008 SCC 9 [2008] 1 SCR 190 and is justified in light of the relevant factual and legal constraints (as required by Canada (Minister of Citizenship and Immigration v. Vavilov 2019 SCC 65).

“Overall, I am of the view the applicants are asking this court to conduct a line by line analysis of the final report in a hunt for a treasure trove of error, something against which the Supreme Court has cautioned,” he wrote. “The regulation ... was based upon a reasonable final report.”

Lawyers from environmental law charity Ecojustice, who represented several applicants in the case, said the decision sets “a disturbingly low bar for the standard that regional assessments must meet under the IAA” and also “sets a dangerous precedent that blanket exemptions may be used in the future to accelerate development across the country without proper scrutiny.” 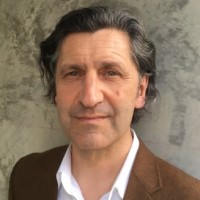 Ecojustice lawyer James Gunvaldsen Klaassen said since the committee did not comply with its own terms of reference “it seems like it is free to take whatever shortcuts and work under very short unworkable timelines and still come up with a report that can be deemed acceptable simply because there is no way to challenge it.” He added that an appeal was being considered, but no final decisions had been made.

“This gives very little ability for participants in a project to participate meaningfully because it does not insist on full disclosure and transparency in the process. So, apparently a committee can keep certain things secret and not disclose them to the public participants in the project, and yet apparently results in a valid report and a valid process,” he said. “And to our mind that is contradictory, and not workable.”

Sigrid Kuehnemund, vice-president for wildlife and industry at WWF Canada, said it was “discouraging” that in the midst of climate and biodiversity crisis the court’s decision will fast-track oil and gas exploration and eliminates the need for further environmental assessment and public scrutiny.

“The area now open for exploration includes sites set aside for protecting marine biodiversity, which should be off limits to oil and gas activity,” she said. “The decision undermines Canada’s commitments to marine conservation and climate change targets.”

Nancy Macdonald, senior communications manager with the IAA, said in an e-mail that the regional assessment sought to improve the efficiency of the assessment process for offshore exploration drilling, and the regulation delivers on that commitment.

Klaassen said the IAA has “huge promise” and if properly applied can serve the public and the environment extremely well “but the problem here is that almost the first thing done under the Act was to exempt a major set of projects from its application.”

“It is self-defeating if as soon as you create this Act you immediately exempt a clearly problematic project from it, and that is a major concern for us,” he said. “We understand the Act does permit that, but it can only do it when it flows from an actual appropriate and thorough regional assessment — and that did not happen in this case.”