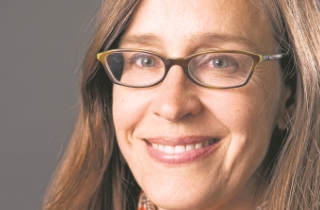 Definition of family violence in Alberta legislation in need of an update, law prof says

A University of Calgary law professor is calling on the Alberta government to revisit the definition of family violence in its family law legislation to bring it more in line with a contemporary understanding of the issue.

The province has made steps to expand the definition of family violence in other legislation, noting victims of violence are able to terminate tenancies without the usual consequences for early termination under Alberta’s residential tenancy laws, and employment standards legislation has been updated to include leave for family violence.

But Jennifer Koshan, who teaches constitutional law and equality and human rights at the University of Calgary, said such updates have not been made to the provincial Family Law Act. The definition of family violence in the Act does not include emotional or financial abuse and doesn’t explicitly include children who are exposed to family violence, as well as including an exemption for reasonable force that is applied to a child for discipline purposes which Koshan descried as “quite a unique provision in Canada.”

“And this narrow definition means judges who are considering the presence of family violence and its relevance to the best interests of the child are working with a narrower view of what family violence is, so they are less likely to make findings of family violence,” she said. “And that in turn can have implications on the sorts of parenting arrangements that judges are ordering in family law cases.” 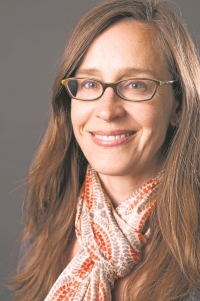 Koshan said the Alberta government should amend the Act to include a broad definition of family violence, which includes emotional and psychological abuse and recognizes coercive controlling behaviour and the harms to children that direct or indirect exposure to family violence can cause.

“And I think it is important to make that amendment, so it is very clear to judges that they should be interpreting the legislation with that broad definition in mind,” she said.

New amendments to the federal Divorce Act which came into effect earlier in 2021 explicitly include family violence as a factor relevant to determine the best interests of the child. Family violence is defined broadly to include “any conduct … by a family member towards another family member, that is violent or threatening or that constitutes a pattern of coercive and controlling behaviour or that causes that other family member to fear for their own safety or for that of another person” and, in the case of a child, the “direct or indirect exposure to such conduct.”

Koshan said the amendments in the Divorce Act have set the national standard for how family violence should be interpreted in jurisdictions like Alberta, and judges should interpret family violence in accordance with that standard. She said there is precedent for that approach, noting the concept of “maximum contact,” the idea it was in the best interest of the child to have as much contact with both parents as possible, was never part of the Family Law Act in Alberta, but judges interpreted the Act to include it due to its presence in divorce legislation.

“I think it is significant that the definition of family violence in the Family Law Act in Alberta uses the term ‘includes,’ so that provides an opportunity for judges to interpret the definition more broadly than the way it is put explicitly in the legislation,” she said.

Koshan said a recent case out of the Alberta provincial court, FT v. KT 2021 ABPC 167, took that expansive interpretation in determining the history of emotional abuse in the case despite the narrow wording of the Act.

“That shows the sort of reasoning that the framers of legislation and the advocates who have supported a broad definition of family violence are hoping for, that family violence really is brought to bear on how arrangements between the parties will affect the best interests of the child and an order was made accordingly,” she said.