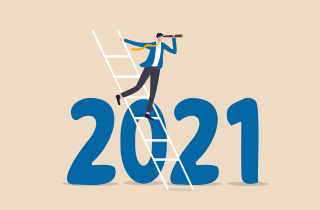 Despite our collective hope that COVID-19 would vanish in 2021, the pandemic continued to dominate every aspect of our lives this past year, including the workplace. However, much like the previous year, in 2021 there were plenty of important employment law key court decisions which were unrelated to the pandemic. The following is the first half of a two-part article on the top five employment law decisions of 2021, the non-COVID edition.

We start with an update on last year’s cliffhanger, the application for leave to appeal to the Supreme Court of Canada of the Ontario Court of Appeal’s decision in Waksdale v. Swegon North America Inc. 2020 ONCA 391. In that decision, the Court of Appeal found that although drafted properly, a termination without cause provision in a contract was unenforceable because the termination with cause provision in the same contract violated the Employment Standards Act, 2000 (ESA). Just days after we published last year’s list, the Supreme Court dismissed the application for leave to appeal, leaving Ontario employers scrambling to amend employment contracts as employees began to raise the “Waksdale argument” in wrongful dismissal claims.

In coming to its findings, the court relied on basic principles of contract law, the most important of which is that a contract must offer certainty, and must therefore be interpreted consistently, having regard to the intention of the parties when the contract was signed. The termination provision was therefore found to be enforceable.

On a related issue, the Superior Court of Justice awarded $25,000 in moral/aggravated damages to an employee for the employer’s breach of the duty of good faith and fair dealing due to the manner in which the employer drafted the termination letter.

In another update from the first case in our 2019 list, the Ontario Divisional Court released its judicial review decision in Morningstar v. WSIAT 2021 ONSC 5576. In Morningstar v. Hospitality Fallsview Holdings Inc. 2019 ONWSIAT 2324, the employee alleged that she was harassed and bullied because of a medical condition. She resigned and filed a constructive dismissal claim based on allegations of harassment, bullying and discrimination. The employer successfully brought a “right to sue” application with the Workers’ Safety and Insurance Appeals Tribunal (WSIAT), seeking an order that the employee’s constructive dismissal claim was statute-barred because the employee was entitled to chronic mental stress benefits with respect to the same injury on which she relied in her constructive dismissal claim. The WSIAT concluded that the constructive dismissal action was “inextricably linked” to the workplace injury of mental stress, the same injury which entitled the employee to WSIB benefits. As a result, the WSIAT concluded that employee’s civil claim was statute-barred.

The Divisional Court disagreed. It concluded that it was unreasonable for the WSIAT to bar the constructive dismissal action simply because it was based on the same facts as the constructive dismissal claim. Since Canadian law permits different causes of action to be advanced based on the same facts, the WSIAT ought to have extricated the constructive dismissal action and permitted it to proceed. The court did not remit the matter back to the WSIAT, but rather substituted its own decision and dismissed the employer’s “right to sue” application. The employer has sought leave to appeal the Divisional Court’s decision to the Ontario Court of Appeal, so stay tuned for the next episode in this ongoing saga.

This is the first part of a two-part series.