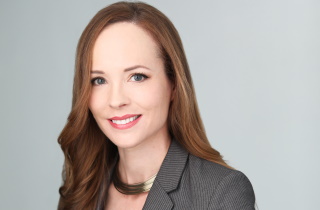 As the COVID-19 pandemic continues to challenge the legal system, access to justice in an increasingly virtual world has become a prevalent issue.

Canada’s first online tribunal, the Civil Resolution Tribunal (CRT) in British Columbia, has been using human-centred design from the start in its approach to resolving disputes. The tribunal’s chair believes that human-centred design can help address access to justice issues if “access to justice” means that “we need to, as a society, provide people with affordable, timely, fair ways for them to resolve everyday legal problems.”

In that case, “human-centred design, I think, is really the only way to effectively do that because the rest is speculation and assumption,” said CRT chair, Shannon Salter.

“Mapping the process from the perspective of people who have everyday legal problems, who come from a whole variety of different backgrounds, and then designing to account for those as much as possible and level the playing field and to mitigate the systemic inequalities that we know we have,” she said, “requires us to centre the experience of those folks.” 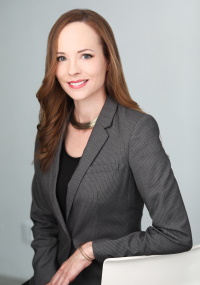 “And the only way to centre that experience is to ask people, to test with them, to keep checking back, to be iterative, to be humble, to not get too attached to one idea or another,” she stressed.

Salter noted that the CRT was started in 2016, so it had to be built “from the ground up,” which gave the CRT team the “opportunity to use human-centred design to make sure that we were doing as good a job as possible at meeting our mandate.”

The mandate in the Civil Resolution Tribunal Act, Salter explained, “is to provide people with an accessible, informal, flexible, timely and affordable way to resolve their everyday legal disputes.”

Salter emphasized that the “mandate in the statute is very focused on the needs of the parties,” so the CRT “took that opportunity of a blank slate to ask ourselves ‘well, how would we design something if you’re really focused on making it easy to use and meeting the needs of the people that we need to serve?’ ”

She explained that the CRT “made a commitment to use data wherever possible; to gather as much evidence and research as we could in designing the processes around the tribunal.” Where it didn’t have evidence to rely on it “engaged in what’s now known as human-centred design,” Salter added.

The CRT’s goal for its design was to “be humble and curious and we should prioritize the expertise of people about what they need.”

“The way we did that was by user testing everything that we developed that was public facing,” she said, explaining that user testing was done on everything from the tribunal, its rules, the website content, e-mail templates and “for the decisions that we write at the end of the process.”

Salter noted that “when the pandemic struck it certainly helped that we were primarily online, and we didn’t have to do a lot of pivoting. But it also helped that we already built-in accommodations for people who have other accessibility challenges, like having a low income, mobility challenges, having health-care concerns, having mental health issues, things that a lot more of us are experiencing during the pandemic.”

She stressed that human-centred design allows the CRT “to account for that variety of different needs and then build that flexibility into the equation.”

When The Lawyer’s Daily asked how an existing institution could be retrofitted to use human-centred design as the justice system continues to weather the pandemic, Salter said to “start right now with what you have.”

“You don’t need to wait until there’s an enormous technology budget or until there’s a giant design review. Human-centred design can mean starting small. It can mean taking your existing forms that you know people have difficulty filling in and going outside into your court registry lineup and asking people, with a pencil and clipboard (or I guess in a pandemic, doing a virtual form of that) to fill in your forms and to provide feedback and then to design around what that feedback is,” she said, noting that’s just one example, but if “you multiple that by a million different processes, there’s a huge opportunity to make all of this better for people.”

Salter added that there are three key best practices for courts or tribunals considering a human-centred design approach.

First, she noted that while “it’s commendable when jurisdictions and courts decide that this is what they want to do,” they will typically have “an advisory committee made up of lawyers and judges and court personnel, and they will design something that they think will meet the needs of the public.” However, in Salter’s experience “that’s always a red flag and almost always results in failure because our status quo was designed by lawyers, judges and court personnel.”

So, the first best practice, she explained, is “to dissolve those committees and start with a multidisciplinary group of self-represented people, their advocates who are on the front lines, health-care and mental health workers, mediators, [and] really take a 360-degree approach to figuring out where you can get the best ideas.”

“I guarantee you what those folks will come up with will look very different from your original advisory committee,” she said, noting that it is still “important to have lawyers and judges and court administrators involved” because they’re the experts in the law, but there should be an opportunity for “other people to share their expertise, the realities of their geographical challenges, their educational or income challenges, their accessibility challenges, their literacy challenges, [and] their language challenges.”

“Bringing all of those into the equation, and then designing around them, and checking back in an iterative way is really what human-centred design is all about,” she said, noting that “it’s not a one-time commitment, it’s an enduring obligation.”

She stressed that the CRT is “always checking back on the stakeholders.”

“We still test any changes, or features, or new rules with frontline advocates and their clients,” she added.

The second best practice, she noted, is “to start with people who face the most barriers.”

“We find people who are the most marginalized, who have the most access to justice challenges, and we also find their advocates who are on the front lines, who are often community legal advocates, sometimes health-care advocates, and we get them to test first and foremost. We prioritize that group, they’re at the heart of all our user testing. And only once we’re pretty convinced we’re not going to let any of them fall through the cracks, and only once we’ve incorporated all of their feedback, do we expand to do testing with everyday average users,” she explained of the CRT’s approach to human-centred design.

“Last, but not least,” she added, “we test the legal stakeholders. But if you do that in reverse it just doesn’t work because you really cannot scale the status quo up or down to meet the needs of vulnerable parties. You have to design something completely different.”

An overarching issue Salter identified is the tendency for people to fall victim to “system blindness” where they have “a really hard time doing a process different from the one we’re using and the one we’re used to.”

“That’s one of the advantages of bringing in these outside voices because they’ll come up with things that are completely surprising and often very brilliant that’s harder for us to recognize,” she explained, noting that the third best practice is: “let’s not think about the justice system as necessarily even a court based … or even more acutely, a trial centred thing.”

“By the time you end up in a trial you are so downstream you’re pretty much at the mouth of the river. So, if you view human-centred design and creative problem solving as an upstream, downstream issue, focusing more of our attention upstream is going to be better for people,” she added, stressing that “the earlier we can help them with their problem, the quicker they can have it resolved, the less stressful it will be for them, the less money it will likely cost them, the less disruption in their life.”

She noted that there is a tendency to focus on courthouses, courtrooms and trials when discussing human-centred design, but she encouraged all justice professionals to “zoom out and view people’s legal problems as a much more upstream phenomenon,” which “really expands the opportunities to help people resolve them.”

Salter noted that a lot of discussions on access to justice panels at this time centre around “what do we keep from the pandemic and what do we leave behind in terms of changes to the system?”

“I don’t know if that’s the right question,” she said, “but I do know that the answer to that is not to try to revert to the mean as much as possible.”

“A lot of the reports and commentary coming out in different jurisdictions about this is designed to make the new normal look much more like it did before the pandemic. So, let’s have more in-person hearings; let’s have more duty counsel right at the courthouse on the day of the hearing; let’s have more kiosks in the courthouse. None of those are necessarily wrong, but they get to this downstream problem that people don’t need legal help only on the day of the hearing. They don’t even necessarily need more in-person hearings,” she said, adding that what people need is “a justice system that steps back and says ‘uh, the pandemic has taught us we can do things in many different ways.’ ”

Salter stressed that now is the time to “ask people what worked and what didn’t work and what else we can do to make things better for them.”

“It’s not about reverting to the mean, it’s about challenging everything and pulling on all the threads and unravelling what doesn’t work, looking for data to support making changes and really centring the experience of the people who have to use those systems. And I think it is telling that in a lot of these discussions the big voice that you don’t hear on those panels are people who have had to navigate the system during the pandemic and before,” she said, noting that this could be an example of system blindness.

Salter noted that it’s “tempting to say that human-centred design should only be applied in certain contexts or certain areas of the justice system, but I don’t think that’s true.”

“I think human-centred design can be applied across the entire justice system whether your clients are very large corporations or whether you’re talking about everyday small claims, or whether you’re talking about criminal law. Where human-centred design will lead you will be completely different in each of those contexts, but the process will be the same, which is to ask, ‘what is it that people need in order to get the outcomes that we want to see as a society and that they need in terms of navigating the justice system?’ ”

She said that process “will lead us to have in-person hearings or online hearings or maybe a combination of both, or something else completely.”

“In the criminal context, it may lead us to do things differently as well in order to minimize trauma to accused persons and victims and others, for example. It’s an approach, it doesn’t dictate outcomes and there’s really no area of the justice system that wouldn’t benefit from that lens,” she concluded.