“I’m numb from the waist down, feeling sorrow
We spend another night alone, feeling nothing
We’re wasting away, dying slow”
Narrow Head, Cool in Motion

Seems almost 40 per cent of female employees of Correctional Service of Canada (CSC) do not feel mentally or emotionally safe at work. “The perpetrators of the harassment or violence is most likely to be a co-worker in a position of authority (55%), according to the results of CSC’s 2021 National Employment Equity Survey of Women Employees.”

Sometimes it’s hard to identify who the bad guys are in prison.

But not to worry, CSC has a policy for precisely this scenario: “We do not tolerate harassment or inappropriate behaviour by staff and we remain steadfast in our commitment to build a respectful and harassment-free workplace where women feel mentally and emotionally safe.”

Oh wait, only 36 per cent of respondents agreed CSC has “appropriate” support measures to combat gender discrimination, and less than 50 per cent agreed CSC “works hard” to prevent it. “In fact, nearly every one of CSC’s measures currently in place to fight gender-based harassment or violence received a failing grade from survey respondents.”

Well whatever I’m sure prisoners are well looked after.

What’s that line from that song? Oh yeah, “find a place, an ancient race, the kind you’d like to gamble with”.

Don’t worry though! CSC is on it: “We are making progress but recognize there is more work to do. CSC will continue to work with its criminal justice partners and Indigenous communities to support the rehabilitation of Indigenous offenders.”

Wait, what progress? I thought the population was increasing not decreasing?

Actually, the drama is not unfolding at EMDC at all. It is unfolding at Chuck’s Roadhouse near EMDC: “Families find spot to resurrect crosses for inmates who’ve died in London jail.” Upwards of 20 prisoners have died at EMDC in the past decade or so. Turns out some people cared about them and put up memorial crosses at EMDC to show it. I’m just going to cut and paste this part because I find the physical act typing such tripe personally demeaning: “The province had been ordered to remove the crosses after the union representing correctional officers won a labour board hearing, arguing that the crosses caused trauma among EMDC staff.”

The system that killed these people is the system traumatized staff voluntarily chose to work within. I guess it makes sense now that I think of it, I wouldn’t want a daily reminder of my role in supporting a system that kills people.

So the crosses are now half a kilometre away on Exeter Road. They are now dignified by proximity to Chuck’s Roadhouse.

But wait, there’s more. Our glorious province is now restricting access of protesters to EMDC: “The ministry is placing signs outside of provincial correctional facilities across the province as an added measure of protection for staff and inmates [to] remind people that only officially authorized, and necessary access will be provided to a provincial correctional facility to help prevent the spread of COVID-19 and to maintain security at the facility.”

Take your crosses and complaints to Chuck’s. 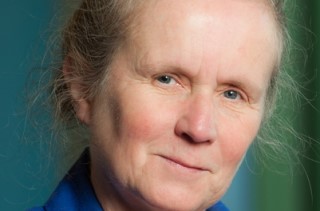