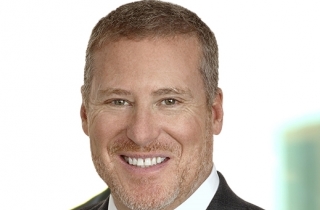 The Ontario Superior Court of Justice has certified a class action on behalf of Canadian consumers who bought packaged bread. The class action is against Loblaw, and a variety of other retail chains, and is based on a “price fixing conspiracy,” which the decision noted, went on for about 16 years.

David Wingfield, a partner at Strosberg Sasso Sutts LLP and counsel for the plaintiffs, said this is “probably the most complex and certainly the largest price fixing conspiracy that has occurred in Canada.”

“There may be others internationally that are larger, but in Canada this is certainly the largest and most complex one. And we’re very grateful that Justice Morgan certified the case on behalf of Canadian consumers,” he added.

In David v. Loblaw, 2021 ONSC 7331, the plaintiffs claimed that “a price fixing conspiracy among major players in the packaged bread market has allowed those producers and retailers, along with their parent companies and majority shareholders, to manipulate a $40 billion market and to accrue somewhere in the range of $5 billion in ill-gotten gains.”

Justice Edward Morgan, writing for the Superior Court of Justice, noted that the conspiracy in this case is “alleged to have gone on for some 16 years.”

The plaintiffs, he added, claimed that the conspiracy “was massive in scale, involving the wholesale and retail sale of one of Canada’s most widely consumed staple products: packaged bread.”

“The perpetrators are alleged to be some of Canada’s largest manufacturers and sellers of this product, and the price fixing allegedly impacted on sales, loyalty programs, sales rebates, and,” he noted, “indirect sales and pricing effects on competitors’ sales and beyond.”

The victims, the court noted, are “millions, or perhaps tens of millions, of consumers” and include “persons who bought packaged bread from a Defendant or from a customer of the Defendant in the chain of commerce, as well as so-called umbrella purchasers …”

The defendants, “with the exception of most of the parent company Defendants who deny all involvement, do not entirely deny the factual bases underlying the conspiracy allegation,” the court added.

“Indeed, one group of Defendants — Loblaw Companies Limited (“Loblaw”), George Weston Limited (“George Weston”), Weston Bakeries Limited (“Weston Bakeries”), and Weston Foods (Canada) Inc. (“Weston Foods”) — has been proactive in publicly disclosing the price fixing enterprise under relevant securities legislation and in bringing the conspiracy with other producers and retailers to the attention of the federal Competition Bureau,” Justice Morgan explained, noting that Loblaw has “offered consumers a $25 gift card in an effort to make amends for its years of unfairly manipulating packaged bread prices.”

In describing the dispute, Justice Morgan wrote that the “two sides, in effect, present mirror arguments about the size and complexity of the case.”

Delving into the details of the case, the court noted that the federal Competition Bureau started an investigation in 2015 into “a price fixing conspiracy involving packaged bread that had begun over a decade previously …”

According to court documents, in December 2017, “roughly two months after the Competition Bureau’s conspiracy investigation came to the public’s attention, Loblaw and George Weston issued a press release in which they admitted they had participated in this conspiracy.”

“George Weston’s bakery subsidiary, Weston Bakeries, produces approximately 48% of Canada’s bread and Loblaw and its affiliates account for approximately 30% of Canada’s grocery sales of bread. The press release indicated that this family of companies have since March 2015 been cooperating with the ongoing investigation, thereby gaining immunity from criminal charges under the Competition Act,” the court explained.

The court noted that “[D]ocuments collected during the Competition Bureau’s investigation and unsealed by the court, including investigators’ affidavits and search warrants, show that Weston Bakeries together with the Defendant, Canada Bread Company (“Canada Bread”), as producers, and Loblaw together with the Defendants, Metro Inc. (“Metro”), Sobeys Inc. (“Sobeys”), Wal-Mart Canada Corp. (“Wal-Mart Canada”), and Giant Tiger Stores Limited (“Giant Tiger”), as retailers, are suspected by the Bureau of having participated in an industry-wide conspiracy to increase the price of wholesale and retail packaged bread.”

Justice Morgan stressed, however, that “none of the Competition Bureau’s investigative information has been proven in any judicial or administrative proceeding.”

The class initially framed by the plaintiffs, the court noted, was made up of “people who purchased packaged bread sold by a Defendant producer or retailer or manufactured by a Defendant producer and sold by either a non-Defendant retailer or an intermediary.” However, the claim was amended and “now embraces people who purchased packaged bread that was neither produced or nor sold by the alleged conspirators.”

Justice Morgan determined, in reasons released Dec. 31, 2021, that the class period “runs from November 1, 2001 to the date of the issuance of the present reasons for judgment.”

In relation to packaged bread, Justice Morgan noted that “there is certainly sufficient evidence to support, for certification purposes, the allegation that this product has been the subject of a price-fixing conspiracy.”

“Loblaw and George Weston have admitted to the conspiracy even if those it says were its co-conspirators persist in denying it,” he wrote, noting that there is “some — indeed, more than just some — basis in fact to indicate that damages may be awarded to consumers as well as businesses who paid intentionally inflated prices for packaged bread.”

The court noted that “counsel for the Plaintiffs also contend that the conspiracy to artificially inflate the price of packaged bread has had the effect of inflating the price of freshly baked bread.”

However, the court added, the defendants argued that “packaged bread and fresh bread are not ‘competing undertakings’, as required in Godfrey.”

According to the defendants and the first affidavit submitted by expert Dr. Jeffrey Leitzinger, the court noted, “packaged bread and fresh bread, though superficially similar, are not consumed by the same consumer groups.”

“To put it simply, they do not compete in the market. To say otherwise is to embrace an unrealistic, Marie Antoinette-like theory of the two products,” wrote Justice Morgan.

Defendants’ counsel, the court added, noted that “Dr. Leitzinger proposes no methodology for demonstrating that the price impact from the manipulation of packaged bread would have reached the umbrella purchasers of fresh bread.”

The plaintiffs’ counsel argued in response that “section 36 of the Competition Act does not limit the right to this type of ‘umbrella damages’ to unlawful price rises of products which are direct economic substitutes.”

Justice Morgan explained that the plaintiffs’ view was that “the distinction between the two products is really one of price, and that as the price to the consumer rises in respect of packaged bread the more expensive fresh bread becomes a de facto competitor even though it was not one prior to the inflated prices caused by the conspiracy.”

“While there is a certain theoretical logic to this argument, there is no evidence in the record to suggest that it can be (or could ever be) demonstrated,” he wrote, noting that there is “likewise nothing on which to base any means of limiting this type of spill-over contention to fresh bread.”

“By the same logic, if an inflated price will drive packaged bread buyers to a non-competing product like fresh bread, it may also drive them to any number of non-competing products. Bread eaters may, as suggested earlier, turn to cake, or they may be attracted to muffins, crackers, or even matzah once the economic impact makes this night slightly less different than all other nights,” he added.

Justice Morgan went on to note that “[N]one of those products truly compete with packaged bread in an untampered market, although all share a superficial likeness as flour and water-based carbohydrates.”

“Without any methodological analysis one might imagine that this similarity could play a role in fashioning consumer choice in this area, but there is no data that actually demonstrates, in the legal causation sense, that this speculation is true,” he added.

Therefore, Justice Morgan explained, “when it comes to umbrella purchasers of fresh bread (or any other non-competing product), the lawyers and economists can articulate a theory of price increase. But the evidentiary record cannot provide a basis in fact to suggest that these far-reaching claims will succeed.”

Regarding the claims of “those who purchased non-Defendant packaged bread products,” Justice Morgan noted that the “great variety of packaged breads produced and sold by non-Defendants across Canada, and the diverse formulas and techniques that differentiate these often locally-produced products from the Canada Bread’s and Weston Bakeries’ national versions, makes them an impossible fit for a common issues analysis.”

Therefore, Justice Morgan determined that “none of the umbrella claims are capable of being certified, as none of them pass the threshold common issues test under section 5(1)(c) of the CPA. The umbrella claims may reflect real economic loss, but not provable loss in any legal sense of the term.”

The judge concluded that the action is certified against “Loblaw, George Weston, Weston Bakeries, Weston Foods, Canada Bread, Metro, Sobeys, Wal-Mart Canada, and Giant Tiger, in respect of the claims of direct and indirect purchasers of packaged bread.”

He emphasized that the class “shall be as originally framed in the first version of the Statement of Claim — i.e. the version that did not include the umbrella classes.”

“The certified Class consists of people who purchased packaged bread, either directly or indirectly, sold by a Defendant retailer or manufactured by a Defendant producer,” he added.

Wingfield, who represented the plaintiffs along with Jay Strosberg, James Orr, Kyle Taylor, Annie (Qurrat-ul-ain) Tayyab, Jonathan Careen and Pujan Modi, noted that “complex, multiparty competition claims can be certified, and you can advance those claims using the class action procedure that’s available to do so.”

He also noted that “when you have multiple defendants who have superb lawyers acting for them, the certification process can be very challenging.”

When facing a challenging certification process, Wingfield advised that lawyers “pay attention to the facts” and get “very good expert evidence.”

“You have to know the type of evidence that you need to adduce. These cases have very nuanced economic and legal analysis, and you really have to understand the antitrust aspects of the case in order to allow them to be certified,” he explained.

Wingfield stressed that this is “a massive conspiracy that harmed almost every Canadian, and it’s gratifying to know that we’re able to proceed to get redress, notwithstanding, how large and complex the conspiracy was.”

“The argument we were met with was this case, this conspiracy, was too complicated to be litigated and basically consumers would just have to suffer the losses because the court did not have available to it a procedure that would allow the case to be advanced. And we were fortunate to have a judge that was able to see through that argument and was able to identify a case that can be certified and provide adequate redress for Canadian consumers,” he said, noting that consumers with lower incomes were “disproportionately affected by this conspiracy.”

Counsel for Loblaw Companies Limited did not respond to request for comment before press time.