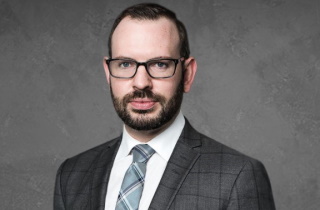 The Ontario Court of Appeal has allowed an application for appointment of counsel in a decision that highlights how advancing a novel or complex ground of appeal is “an important element in persuading the court that the appointment of private counsel is in the interest of justice,” a lawyer involved in the case said.

In R. v. Rootenberg, 2022 ONCA 28, the court heard that Shaun Rootenberg, the applicant, had “exhausted his efforts to obtain legal aid for his appeal.”

Rootenberg was found “guilty of fraud over $5,000.00” by the Superior Court of Justice after he defrauded a woman he met through the dating site e-Harmony of $595,000.

Before the Court of Appeal, Rootenberg applied for the appointment of counsel under s. 684(1) of the Criminal Code.

The court noted that the jurisprudence “requires an applicant to demonstrate the following: (i) the appeal is arguable; (ii) the appointment of counsel is necessary, having regard to whether the applicant is capable of effectively advancing the grounds of appeal without a lawyer and whether the court will be able to properly decide the appeal without the assistance of defence counsel; and (iii) it appears the applicant lacks sufficient means to obtain such legal assistance.”

According to court documents, the Crown opposed the application, arguing that Rootenberg had failed to establish elements one and two.

The first was an “[U]nreasonable verdict.” The letter, the court noted, found that the trial judge, Justice Beth Allen, convicted the applicant even though she “was not persuaded beyond a reasonable doubt that the applicant defrauded the complainant by ‘deceit’ or ‘falsehood.’” However, Justice Allen was “persuaded that he had done so by ‘other fraudulent means’, within the meaning of s. 380(1).” Therefore Rootenberg contended that the “result was the product of inconsistent reasoning by the trial judge and inconsistent with certain factual findings she made.”


The second ground was “[E]rror in dismissing stay application.” The court noted that the “applicant had sought to stay the criminal proceedings against him on the basis that strip searches conducted of him during pre-trial custody — namely, searches when taken from and returned to the detention centre and searches upon leaving the institution’s kitchen where he worked — violated his rights under s. 8 of the Canadian Charter of Rights and Freedoms.”

According to court documents, Justice Allen “gave extensive reasons for dismissing the stay application.” However, defence counsel acknowledged that “[t]here has been little jurisprudence addressing the use of strip searches in a detention centre or correctional facility”, and Rootenberg “plans to argue that the trial judge’s analysis was deficient and that she erred in the balance she struck between the applicant’s privacy rights and the safety and security concerns of the detention facility.”

The third ground was “[E]rror in imposing a harsh and excessive sentence and in failing to award additional credits for pre-sentence detention.” According to court documents, the sentencing judge “imposed a 6-year prison term, against which she gave Summers credit for the applicant’s pre-sentence custody.” Rootenberg “intends to argue on appeal that the sentencing judge erred by failing to grant him Duncan and Downes credits.”

Justice David Brown, writing for the Court of Appeal, noted that although the three grounds of appeal struck him as “weak,” he “cannot say they are not arguable for the purposes of a s. 684 application.”

He noted that Rootenberg “is a university graduate” and “is familiar with the basic workings of the banking and property financing systems.”

“Prior to the conviction under appeal, the applicant had been convicted of uttering forged documents (2006) and several fraud-related offences (2009), which included defrauding his brother of $1.8 million. It is clear from the facts found by the trial judge that the applicant is familiar at least with the basics of the banking and property financing systems,” he further explained.

Justice Brown also noted that, in his affidavit, Rootenberg asserted that “he does ‘not feel equipped to advance the grounds of appeal’ ” himself.

“However,” Justice Brown added, “his conduct to date strongly indicates that the applicant is a well-educated and sophisticated individual.”

While Rootenberg “does not have formal legal training,” Justice Brown wrote, “the first ground of appeal he advances — unreasonable verdict — is not complicated or factually complex.”

Justice Brown found that the “size of the record would be manageable by a self-represented appellant” and the trial judge “gave extensive reasons for conviction that provide the applicant with a focused ‘target’ for his submissions.”

“However,” he added, “the second and third grounds of appeal, which are based on the legal implications of common strip searches that were conducted on the applicant in the institutions in which he has been detained, contain a significant legal component.”

Justice Brown noted that the second ground of appeal “is novel.”

“Combined, those factors lead me to conclude that the appointment of state-funded counsel is necessary to achieve fair and effective appellate review of the second and third grounds of appeal. Yet, I see no practical way to separate the first ground of appeal from the rest since the second ground of appeal also falls within the ambit of the conviction appeal. Given that circumstance, I think the most practical way to achieve the interests of justice is to appoint counsel to advance all three grounds of appeal,” he determined in a decision released Jan. 14 granting the application.

Bryan Badali, a partner at Brauti Thorning LLP and counsel for the applicant, said, with respect to this application in particular, “the most important component was being able to point to a ground of appeal that was, in some respects, novel and had not been the subject of any significant litigation, certainly no significant appellate litigation.”

“Although I think Justice Brown may not have been otherwise inclined to grant funding or feel that the appellate needed legal assistance, because of the novelty of the ground of appeal regarding the strip searches in the institution, he determined that the interest of justice would be best advanced by ensuring that fully retained counsel was appointed to ensure that the ground was developed to the extent that the law and facts allowed,” he added.

Badali doesn’t believe the decision “represents any sort of different test,” but it “highlights how important it is to, even where you have an appellant who is otherwise an educated individual, to try and identify particular grounds of appeal that the court would benefit from counsel who’s actually retained and has the time and ability to fully develop those grounds of appeal.”

“Whether that’s a novel aspect of a ground of appeal or a particular complexity to that ground of appeal based on the facts or the law, I think that’s an important element in persuading the court that the appointment of private counsel is in the interest of justice,” he added.

The Ministry of the Attorney General, on behalf of Crown counsel, declined to comment on the decision.

If you have any information, story ideas or news tips for The Lawyer's Daily please contact Amanda Jerome at Amanda.Jerome@lexisnexis.ca or call 416-524-2152.