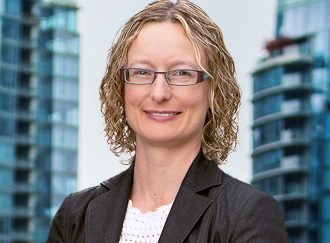 Defendant Sandoz Canada Inc. challenged the propriety of those redactions.

Case Management Judge Trent Horne wrote in his decision that “Prior to 2016, communications between patent agents and their clients were not privileged in Canada. This changed on June 24, 2016, when section 16.1 was added to the Patent Act, RCS 1985.”


Horne noted that s. 16.1(1) established three clear guidelines for what constituted privileged communication. The communication must be between a patent agent and their client; it must be intended to be confidential; and it must be “made for the purpose of seeking or giving advice with respect to any matter relating to the protection of an invention.”

Those conditions will not apply “if the client expressly or implicitly waives the privilege.”

An exception is granted under s. 16.1 to solicitor-client privilege.

“In considering the text of section 16.1, patent agent privilege can only apply if each of three specific conditions are met. The legislation does not enable the Court to consider or apply other analogous factors, nor does it expressly place patent agents and lawyers on equal footing in respect of the privilege that attaches to their client communications,” said the ruling, released Nov. 19, 2021.

Judge Horne also wrote that “the presence of some privileged communications in a document cannot be used to shield otherwise relevant information from discovery. Including a single reference to the hypothetical opinion set out above in a research report would not extend the patent agent privilege beyond that specific communication. Where a document includes both privileged and non-privileged information, only those communications that meet the requirements of section 16.1 can be properly redacted.”

Sandoz Canada successfully challenged the propriety of some, but not all of the redactions.

MTPC production 1665 was written in Japanese and MTPC 1666 was its English translation. A sentence had been redacted in the Japanese version of the document, but not in the English version, which MTPC claimed was left in inadvertently and should be “clawed back” so the two documents were consistent. The disputed sentence dealt with the issue of whether certain compounds were outside the scope of claims of patent rights owned by a third party.

In dismissing the motion for a declaration that redactions to production 1665 were protected by privilege, and also for a declaration that the highlighted portion of MTPC production 1666 contained privileged information that had not been waived, Justice Horne wrote “I conclude that communications ‘relating to the protection of an invention’ as that phrase is used in section 16.1 does not extend to an analysis as to whether a product infringes third party patent rights. The legislature did not express an intention to attach privilege to any and all communications between patent agents and their clients.”

MTPC production 287 involved a deck of PowerPoint presentation slides of which there were redactions made on two pages. “Based on my review of the unredacted version of this document, and the evidence on the motion, I am satisfied that the information in the redacted portions meets the requirements for the existence of patent agent privilege,” said the ruling.

Judge Horne elaborated he was satisfied that the redactions to maintain patent agent privilege were sufficiently limited so as not to prevent the defendant from having access to other information that would be relevant and not privileged, and further, that the redacted portions specifically addressed the protection of an invention.

He came to a similar conclusion on four other items, parts of which had been redacted. “For the same reasons as expressed for MPTC 287, I am satisfied that the information in the redacted versions meets the requirements for the existence of patent agent privilege, and that the privilege has not been waived,” his ruling stated.

Jennifer Marles, a partner with Oyen Wiggs Green & Mutala LLP in Vancouver, said she was not surprised by the decision.

When s. 16.1 was added to Canada’s Patent Act in 2016, the way the legislation was drafted left open an interpretation of whether patent agents would be covered by privilege for their work other than in preparing and prosecuting patent applications before the Canadian Intellectual Property Office, said Marles.

The major issue before the Federal Court in this case was the scope of the privilege and what type of communications privilege would apply to.

The Federal Court’s interpretation of the language of s. 16.1 of the Patent Act in this case is that if a non-lawyer patent agent were to provide an infringement or non-infringement opinion for a third-party patent, that would fall outside the scope of “relating to the protection of an invention,” and not be privileged, she said.

Marles believes this decision is instructive for both lawyers and non-lawyer patent agents, but especially the latter because it has provided a very clear indication that certain of their communications that they might have believed would be protected by privilege, are not.

“As a lawyer, if I’m advising my clients, regardless of the issue that I’m advising them about, it’s always going to be protected by privilege. But if a non-lawyer patent agent is giving infringement or non-infringement opinions, that communication, based on this case, is not going to be privileged — and I think they probably need to let their clients know that, and/or not give those types of opinions,” said Marles.

“I think the decision was the correct decision,” said Christopher Heer, principal of Heer Law in Toronto.

He said this decision asserted there is no common law right to patent agent privilege, and therefore the scope of privilege is limited by the language used in the Patent Act.

The court, therefore, had to interpret what that language meant, and much of that focused on s. 16.1(1)(c) and whether the communication was made for the purpose of seeking or giving advice with respect to any matter relating to the protection of an invention, Heer elaborated.

“This is a fact-specific case analysis relating to an in-house patent agent who is offering advice to their client, which is the company they are employed by,” said Keri Johnston, managing partner of Johnston Law Professional Corporation in Toronto.

Johnston believes this decision is instructive for patent agents working in an in-house context by providing instructions in terms of what they can do with the information they receive, and how to seek guidance and advice from their own clients. It is important that the patent agent and their employer client expressly reinforce to all employees the confidential nature and inventive purpose for which the patent agent and/or company are seeking an employee’s input into the company’s intended purpose in the protection of an invention, she said.

Johnston said an important aspect of this decision as a precedent for the future is that the court adopted an ordinary meaning of the words used in the Patent Act and that patent agent privilege can only apply if the specific conditions in s. 16.1 are met.

It is also important to note, she added, that the court specified in its ruling that if Parliament had intended to attach privilege to all communications between patent agents and their clients, it would have used language broader than the word “protection.” Instead it chose to limit patent agent privilege to a narrower class of communications. 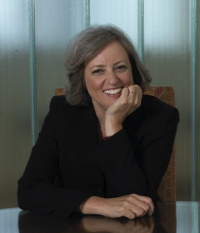 “So the ruling is basically a warning, I would say,” said Johnston.

Johnston also emphasized how the ruling specified that the issue of “whether patent agent privilege applies to an infringement opinion of one’s own patent … is not before the court on this motion, and is therefore not a point to be decided here.”

“That’s a really important sentence, and it narrows the application of this decision to different sets of facts,” she stressed.

Heer believes this decision by the Federal Court is instructive for litigation lawyers seeking documentary and oral discovery with respect to communications concerning the patent they are asserting.

“If that person is a non-lawyer patent agent — whether a Canadian or a foreign agent — there might be an opportunity to get documentary production that may not have been included in the producing party’s initial affidavit of documents,” he elaborated.

There might also be an opportunity to ask about oral communications to the litigant, either from an in-house or external patent agent, and obtain evidence that they can use in the litigation, said Heer.

Counsel for the plaintiffs and the defendant were both contacted but declined to comment.