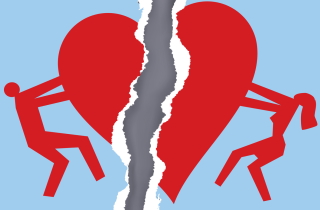 The challenges of high conflict family cases, part one

High conflict family cases result in substantial financial costs for the litigants and cause great emotional strain on the children and parents involved. They also impose high costs on the public resources, not only taking up a disproportionate amount of time in the family courts, but often involving the police and child protection services, and sometimes resulting in concurrent criminal or child protection proceedings, as well using government funded services for child advocacy and mental health.

Since 2019 we have been undertaking a research project on high conflict family cases to better understand the experiences of professionals involved in these most challenging cases, and make recommendations for policies and practices to assist professionals and the courts in better responding to these very challenging cases.

In this two-part series, we report here on some of our statistical findings about the increasing number of high conflict cases. In part two we discuss the perceptions and views of professionals involved in these cases and identify policy and practice issues that need to be addressed.

There is no single definition of the concept of a “high conflict,” but these are cases where litigants communicate poorly with each other, display hostility and distrust, cannot focus on the interests of their children and often have multiple court proceedings, in some cases in proceedings that continue until their children reach adulthood. In some cases both of the parents have personality disorders, whether diagnosed or not, though in a significant portion of these cases one parent is clearly more unreasonable and less willing to accept judicial control.

One way to measure whether a case is high conflict is simply to track whether the judge described the case that way, or used similar language like saying that the case was “acrimonious.” Based on our study of reported Canadian family law cases, we found that the portion of cases using this type of descriptive terminology increased for 4.3 per cent to 9.3 per cent of reported decisions of judges during 2007 to 2020. In Ontario, in this study we focused on comparing two years a decade apart, and found an increase from 57 reported high conflict cases in 2008-09 to 245 cases in 2018-19.

Some of the increases might be due to greater judicial awareness or willingness to use the concept of high conflict. However, there are similar trends in other countries, and it is clear that there is an actual increase in high conflict family disputes, likely reflecting a growing prevalence of some types of personality disorders among adults, and perhaps due to changing environmental and sociocultural factors in society. There are changing gender roles within relationships, and corresponding changes in expectations for parenting post-separation, including fathers assuming a greater role in parenting their children, which may be contributing to the increase in post-separation conflict.

The nature of high conflict

In our study of Ontario professionals, they repeatedly use similar terms to describe high conflict cases, such as: toxic; out to prove that the other is wrong no matter what; parents have an inability to regulate emotions; parents have poor communication skills or lack insight.

Issues of poor communication between parents was identified by judges as a concern in about half of cases.

Role of the courts in high conflict cases

Judges are often left to deal with high conflict cases without access to independent evidence or adequate resources to address the conflict and meet the needs of children.

The Ontario courts had access to independent expert evidence in less than half of high conflict cases (47 per cent in 2008-09 and 42 per cent in 2018-19). While the increase of publicly funded clinical investigations and Voice of the Child Reports from the Office of the Children’s Lawyer (OCL) is notable (from 17 per cent to 23 per cent of cases), it was more than matched by a decline in assessments paid for by parents (28 per cent to 15 per cent of cases.)

Child legal representation was relatively rare and decreased over time relative to the number of cases (from 12 per cent of cases to five per cent), reflecting increasing budgetary pressure on the OCL, and an apparent shift to more involvement of clinical investigators and less involvement of OCL lawyers in high conflict cases.

In 2008-09, the court made an order for counselling of the children or parents in 30 per cent of Ontario high conflict cases, while in 2018-19 only 13 per cent of cases resulted in an order for counselling. Use of a parenting co-ordinator also fell over the decade from 11 per cent to three per cent of cases; a small increase in number of cases using this service (from six to eight), but a substantially reduced portion of a much larger number of high conflict cases.

The possibility of a judge ordering counselling is constrained by whether one or both parties have presented evidence about this option and the availability and resources of the parties to access counselling, as well as the judge’s views about whether such an order is likely to be effective and consistent with the best interests of the child. It is notable that courts made orders for counselling and similar services in a relatively small and declining portion of cases, raising questions about judicial confidence in the value of court-ordered counselling and about a lack of appropriate resources.

This is the first of a two-part series. Read the second article: The challenges of high conflict family cases, part two.

Rachel Birnbaum is a professor, cross-appointed in social work and childhood and youth studies, King’s University College at Western. Nicholas Bala is a professor of Law at Queen’s University. A more detailed article about this research will soon be published in Canadian Family Law Quarterly. This research is supported by The Law Foundation of Ontario.