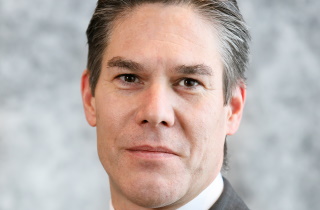 As major global brands, including some international law firms, suspend or shut down their Russian businesses in response to Russia’s illegal invasion of Ukraine, The Lawyer’s Daily asked bar leaders and legal regulators in this country whether Canadian law firms can still ethically offer their legal services to individuals and entities with links to Russian President Vladimir Putin’s regime.

“We will not be commenting on this at this point,” the Canadian Bar Association responded when we asked the 36,000-member association what advice it is giving Canadian lawyers, who are bound to uphold the rule of law, as to whether, or how, law firms should be cutting ties or winding down service to Russian-state-linked clients in light of the Kremlin’s war crimes against Ukraine. (When joining the Ontario bar, lawyers pledge, for example, to “champion the rule of law and safeguard the rights and freedoms of all persons.”)

Thousands of Ukrainians have died since the war began Feb. 24 and, as of March 8, two million Ukrainian civilians (mostly women and children) had fled their homeland, according to the UN’s High Commissioner for Refugees.

The Lawyer’s Daily also asked Canada’s law societies, for example: whether their members should be withdrawing from representing Russian regime-linked clients; what professional and moral obligations lawyers and law firms must abide by in any such dealings; and what advice the regulators are providing to their members in this regard.

“The Law Society of Saskatchewan does not provide direction to lawyers in relation to who they may represent,” Saskatchewan’s legal regulator told The Lawyer’s Daily in a statement echoed in substance by the seven other law societies who responded to our queries by press time.

Noting it “remains available to offer ethical guidance to lawyers navigating these new challenges,” Saskatchewan’s legal regulator advised that lawyers with clients impacted by the federal sanctions imposed on Russia and Russian interests since the invasion began must inform themselves of those changes in order to properly advise their clients, and must continue to act within their Code of Conduct with respect to any withdrawal of service. “At the same time lawyers must ensure that they do not act in a manner that would facilitate breaches of the law, including the new sanctions currently in effect.”

The Law Society of Ontario, Canada’s largest legal regulator, and the Law Society of the Northwest Territories both told The Lawyer’s Daily, in near-identical e-mails, that “other than existing prohibitions in the rules, the Law Society does not provide direction to licensees about who they may represent or to whom they may provide legal services” and that lawyers and paralegals must continue to comply with the Rules of Professional Conduct and the Paralegal Rules of Conduct, “as applicable.”

“This includes ensuring they are in compliance with legislation recently enacted by the federal government which imposes sanctions on Russia over its invasion of Ukraine. We continue to monitor the situation,” the regulators said.

Nova Scotia’s law society said it provides its members with guidance on how to interpret their ethical and regulatory obligations but “to date we have not been asked for any guidance relating to providing legal services to Russian and Russian-linked clients. As with all emerging issues that might impact client service and lawyer’s duties to their clients, we will continue monitoring and determine if specific guidance is needed.” 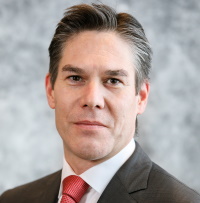 Nicolas Plourde, the ex-Quebec Bâtonnier who leads the Federation of Law Societies of Canada (FLSC), said that giving specific advice to the profession with respect to Russian-related business is a matter for law societies to consider.

“Based on the federation’s Model Code of Professional Conduct, the provincial and territorial rules of professional conduct prohibit members of the profession from knowingly assisting in, or encouraging, any dishonesty, or illegal conduct, or instructing a client or others on how to violate the law and avoid punishment,” he said.

On March 4, the FLSC published a statement that it “joins the international legal community in its unequivocal condemnation of the unprovoked attack by Russia on Ukraine and its people” — an attack which the umbrella group for Canada’s 14 legal regulators called “a brazen repudiation of the established international order and an assault on the Rule of Law” and “an egregious violation of the internationally recognized and inviolable human rights of the Ukrainian people.”

“We have urged the federal government to continue its efforts to bring about a reversal of the situation in Ukraine, and one way it has done so is to enact sanctions legislation that makes it an offence for Canadians who breach the sanctions,” Plourde told The Lawyer’s Daily. “In the circumstances, members of the legal profession would be expected to take appropriate steps to ascertain the potential impact of any current or future sanctions in any matter on which they are acting, including whether they can continue to act.”

Below are responses from law societies:

If you have any information, story ideas or news tips for The Lawyer’s Daily, please contact our news team: Ian Burns at Ian.Burns@lexisnexis.ca; Terry Davidson at t.davidson@lexisnexis.ca; Amanda Jerome at Amanda.Jerome@lexisnexis.ca; or Cristin Schmitz at Cristin.schmitz@lexisnexis.ca.