Alberta is taking steps to limit the ability of local governments to pass bylaws that contradict public health policies enacted by the province, but a legal expert is saying a legal challenge of the province’s move is unlikely.

Bill 4, the Municipal Government (Face Mask and Proof of COVID-19 Vaccination Bylaws) Amendment Act, 2022, proposes to change the Municipal Government Act (MGA) to say any municipal bylaws requiring masks to prevent the spread of communicable diseases, or relating to COVID-19 vaccines, will need to be approved by the minister of municipal affairs in consultation with Alberta’s chief medical officer of health.

“We recognize the importance of local autonomy. That’s why the proposed changes will have no impact on the day-to-day operations of Alberta municipalities. As we move together toward a path to normal, Alberta needs one clear public health policy,” he said. “The best way to do this is to make sure the rules are clear, specific and the same for all Albertans.”

The proposed changes would prevent local governments from imposing masking or proof of COVID-19 vaccination bylaws on private sector operators such as grocery stores and retail businesses, but local governments would still have authority to implement bylaws for municipal facilities like recreation centres or public transit.

As a result of Bill 4’s introduction the City of Edmonton, which was the only municipality that still had a masking bylaw in place, voted to repeal it. Alberta Municipalities president Cathy Heron called the government’s proposals to amend the MGA an “unfortunate turn of events.”

“Alberta Municipalities finds the provincial government’s ‘top-down’ approach to be heavy-handed and unnecessary,” said Heron. “We worry that it may set a dangerous precedent. After all, if the provincial government can amend the MGA whenever a local government disagrees with it or wishes to take a different approach, then municipalities will have lost some of their autonomy and some of their freedom to decide and act locally in the best interests of their residents and businesses.”

Lorian Hardcastle, an assistant professor at the University of Calgary’s faculty of law who s 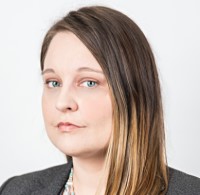 pecializes in regulation and governance of the health-care system, said the province’s move was a surprise because it had been relying on other organizations, such as municipalities and schools, to augment public health measures during the pandemic.

“Obviously, municipalities get their power from the province, and the province can define and limit that power,” she said. “But what I think is problematic is when a government which doesn’t like the decision of a certain municipality chooses to use their authority to change what a municipality can legislate.”

Hardcastle said she agreed with Alberta Municipalities that the province’s approach was heavy-handed but added she did not see a lot of room for a legal challenge. She pointed to the bill’s narrow focus on masking and proof of vaccine in private businesses and the ability for a municipality to get government approval if a new bylaw is seen as necessary.

“I don’t think the municipalities are going to get entangled in litigation with the province over this, particularly given the fact that Edmonton was the only municipality which still had these rules in place. And the grounds for such a challenge would be limited because of that constitutional authority the province has over municipalities,” she said. “There has been some speculation about a Charter challenge, but I don’t see the basis for that — it would have to come from citizens arguing there are Charter implications to the province taking away the ability of municipalities to protect them. And that is a rather novel argument, so we don’t know how far it would have gotten in the courts.”

Bill 4 is at second reading in the Alberta legislature.