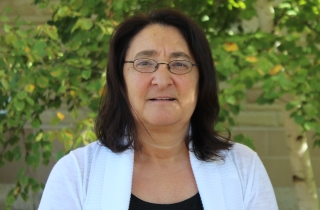 A scholar is praising proposed legislative changes in Manitoba that would streamline the province’s social services appeals process but hopes there will be follow-up to gauge how well people’s needs are being met.

More than 700 appeals are filed with the SSAB in an average year, which places “great pressure on the board’s available time and resources,” it goes on to state.

The proposed changes include having a single member of the board deal with both oral and written appeals, rather than the current three-member panel; giving the board the ability to permanently dismiss appeals deemed likely to fail; and increasing timelines in the appeals process to meet outside challenges, such as Canada Post delays in getting hearing packages to appellants.

“These changes will allow the board to better focus resources on more complex and substantial appeals, relating to critical benefits and access to services that are necessary to the well-being of vulnerable Manitobans,” said Manitoba Families Minister Rochelle Squires in a statement. 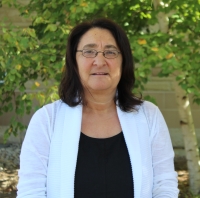 Social work professor and author Rachel Birnbaum, of King’s University College at Western University in Ontario, said positive change such as this is always good, but hopes Manitoba’s government will follow up to determine if the new process is helpful to appellants — many of whom, she says, live on the margins.

“You’re talking about human life-and-death issues for some people,” said Birnbaum, who is described in her bio as specializing in the intersection where law meets social work. “We’re not talking about buying a car and you’re appealing it — you know, the bank turned me down because I had nothing to show. We’re dealing with people who are on the margins of society to begin with, and now you’re saying, well, you know what, we’re going to make things even fairer for you. And I’m not suggesting that [it won’t be]. We don’t know. And that’s the whole issue. We don’t know. So, is there going to be any follow-up on this new piece of legislation?”

To this, a government spokesperson said the appeal board regularly tracks outcomes.

“Government on a regular basis assesses processes to ensure that they are meeting needs,” they said in an e-mail. “The SSAB keeps statistics that are shared in their annual report related to the number of appeals, the outcomes, and the programs that the appeals are about. The department communicates regularly with our partners in community and will continue to do so in order to assess the impact of the proposed legislative changes.”

But Birnbaum said feedback must be sought at ground level, from the appellants themselves.

“Gathering statistics about outcomes on programs (i.e., number of appeals, processing times, costs, outcomes) are an important way of gathering information from a high-level perspective. Statistics tell one story. However, given that the vast majority of the appellants who turn to SSAB programs are from vulnerable and marginalized communities, another important story is to hear directly from them about the positive and negative impacts the legislative changes are making on their daily lives. After all, they too, are partners in the community.

She said quality of service must be closely examined.

“All they say is it will be a lot faster. Well, faster doesn’t necessarily equate to it [being] fairer. Is it just? Fast just means they put in a door that is constantly opening and closing. It doesn’t tell you about the quality of the [appeal] decision.”

The government was asked why the changes were needed, to which the spokesperson pointed to an increase in traffic.

“The number of cases [has] been steadily rising … and there are concerns that appeals will not be heard quickly enough for appellants to receive decisions in a timely manner,” they said, noting the amendments “will need to proceed through the legislature and receive royal assent” before coming into force.