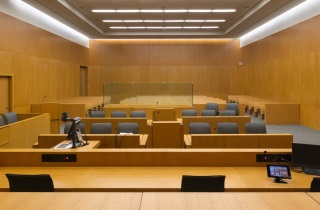 Family justice in Ontario: Moving towards a ‘new normal’

This week family courts across the province began their march towards a “new normal.” On March 17, Chief Justice Geoffrey Morawetz announced that beginning April 19, there would be a presumptive return to in-person hearings for all case conferences, settlement conferences, trial management conferences, long motions and trials. Other hearings, including first appearances and regular motions, will presumptively be held by videoconference.

These are only guidelines, and there is likely to be significant regional variation in how they are applied and how individual judges decide whether a matter will be heard remotely or in person. Nevertheless, the direction to return to in-person hearings has some family law lawyers calling it a step “backwards.”

As part of an ongoing project looking at the impact of the pandemic on Ontario’s family justice system, we interviewed 55 judges, lawyers, mental health professionals and self-represented litigants about their experiences. Our research provides some context for understanding the reasons for the return to in-person hearings and the responses of some family law practitioners to this move.

For many lawyers and their clients, virtual hearings improve efficiency and convenience, and reduce legal costs. “We hear that from lawyers a lot,” explained one judge, “they can stay in their office. They’ve got a set [hearing] time, so they’re not travelling some time and distance to get to a courthouse … that’s of benefit economically and otherwise, you would think they can achieve more and for less cost.” In addition to paying less for legal services, clients may also benefit from remote hearings since they can participate “in their own space.”

Remote hearings may also reduce barriers to accessing justice for certain vulnerable litigants. For example, one self-represented litigant described the “positive” of not having to be in the same room as an abusive ex-partner. According to one judge, remote hearings had also encouraged more parents in child protection proceedings to “show up and participate,” even if only by phone.

While remote hearings may be more efficient than in-person hearings for some lawyers and litigants, they are less efficient for most judges. According to one judge: “Remote hearings are much slower with the court being able to deal with approximately one-third of the caseload that was previously manageable.” Another judge reported hearing six to eight in-person conferences a day in person, but three to four virtual conferences per day during the pandemic.

These inefficiencies come from scheduled virtual hearings (i.e., parties are not waiting at the courthouse and coming in and out of the courtroom as negotiations progress), reduced access to duty counsel (discussed below), and limited technological and administrative support for virtual hearings.

Several judges suggested that virtual hearings are also less effective than in-person hearings: “Cases aren’t settling like they used to … I think there is something about a person being physically present in a courtroom, having the attention of the judge.” Some lawyers also suggested that virtual hearings resulted in less productive settlement conferences. One observed: “A lot of negotiation in family law is done in a courtroom and I think we have not adapted super well to that not taking place, so I find we’re not as ready for our conferences.”

The greatest challenge of remote hearings has been their impact on self-represented litigants (SRLs). While Legal Aid Ontario increased certificate eligibility for victims of intimate partner violence and for certain child protection matters during the early stages of the pandemic, the agency has struggled to administer advice counsel and duty counsel services remotely. As one judge put it: “Legal Aid has abdicated from family court. We essentially have no duty counsel. Self-represented litigants are on their own and lost.”

SRLs have also struggled with limited access to technology, which has made it more difficult for them to participate in remote hearings and to file documents electronically. Judges described SRLs with minimal access to a computer or tablet; limited data or minutes; and poor Internet connections. Connectivity was a particular concern for Indigenous communities, as one judge observed: “[Northern Ontario has] a lot of Indigenous groups who don’t have the bandwidth and have been unable to participate.”

SRLs noted the same problems: “Self-reps don’t have access to the newest technology, such as a camera on the computer.” In a system in which “access to justice now means access to technology,” many SRLs were at a significant disadvantage.

The debate over remote versus in-person hearings is in part about distributing the costs of family justice. Remote hearings are more efficient for some lawyers and more convenient, less expensive and potentially safer for those litigants who are involved in family violence. However, the efficiency costs of remote hearings for the family justice system are high, as are the costs of reduced access to justice for SRLs. The presumptive return to many in-person hearings may be necessary to resolve the current backlog of cases and to give the Ministry of the Attorney General, the courts, and Legal Aid time to ensure adequate assistance for SRLs in what will inevitably be a hybrid system.

We are undertaking more research into the effectiveness of remote hearings for different cases and stages of the family justice process. It is, however, already apparent that the family justice system needs to adopt more efficient technology to allow represented clients and their lawyers to benefit from reduced costs, while ensuring that those without access to that technology are not disadvantaged.