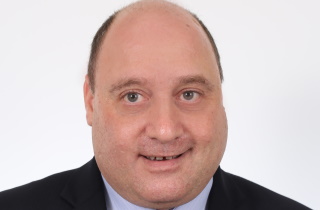 A motion requesting the Law Society of Ontario (LSO) ask “the Attorney General to immediately assume regulatory control of the practice of law and provision of legal services” in Ontario has been denied a place on the annual general meeting’s (AGM) agenda. However, the paralegals who brought the motion plan to bring the issue up from the floor the night of the meeting either way.

“They’re [the LSO] not facilitating access to justice, which is their statutory duty, and something has to happen,” said Marshall Yarmus, the motion’s co-author.

“Part of what we’re complaining about is the structure within the law society of having Convocation with 40 lawyers, five paralegals and eight lay people. Nothing can get done. So, either the Ontario government has to take over regulation of the law society or there has to be a change in the structure, so that they can properly facilitate access to justice and act in the public interest,” he added.

The motion raises the issue of paralegal regulation in family law, which has been debated by Convocation for years and has been under review since the release of Justice Annemarie Bonkalo’s Family Legal Services Review Report in 2016.

The motion notes that “in December 2017 the Law Society of Ontario through Convocation agreed in principle to allow paralegals to do Family Law work” and “the Access to Justice Committee took over four years to develop a comprehensive plan” which “placed an emphasis on educational and professional competencies to allow for paralegals to provide limited family law services.”

However, when it came time for Convocation to discuss the Access to Justice Committee’s report in February 2022, the report was pulled from the agenda.

“As a result, that report is not, as you know, on our agenda today, and I’ll be considering next steps on how to move the access to legal services forward in this important area in a way that’s realistic and achievable,” she said. 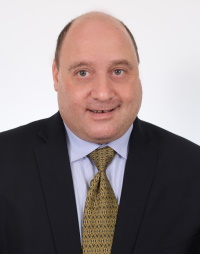 “And then further, whoever wins the provincial election in June, we’ll be lobbying the Attorney General to take control of the regulation of legal services in Ontario, so that they can properly facilitate access to justice,” he added.

Yarmus said he “was never happy with the structure of the law society when they took over regulation of paralegals in 2007.”

“I knew it was not a system that would favour paralegals. The lawyers, with their entrenched status, would regulate paralegals in favour of lawyers and that’s the way it’s been,” he added.

Yarmus is looking for “the government to take over regulation permanently.”

Jennifer Wing, an LSO spokesperson, told The Lawyer’s Daily that the motion is “improper because it is outside the authority of licensees to make such decisions, is contrary to provisions in the bylaw, and ignores the legislated governance and fiduciary duties of benchers in Convocation.”

She explained that “the LSO continues to consider how paralegals can provide certain family law services.”

“This is a complex issue, involving the regulatory obligation to protect the public balanced with the need for more flexible legal services options in support of family law client needs. We have been engaging with our justice sector partners to determine how best to move forward in this important area in a way that is realistic and achievable,” she added.

Yarmus stressed that paralegals are important for access to justice because they “charge less than lawyers for similar work.”

“And in a lot of areas that we practise in, we are the specialists, such as the Landlord and Tenant Board where you rarely see a lawyer, other than legal aid lawyers,” he said, noting that paralegals “facilitate access to justice in a better way than lawyers alone.”

“I’m disappointed that the treasurer doesn’t even want to debate the issue as to whether the law society is properly facilitating access to justice and acting in the public interest. I was surprised that she wouldn’t put this on the agenda for the AGM when it’s clear from the statistics in Justice Bonkalo’s [report] that 57 per cent of family law litigants are unrepresented. Something has to be done,” he said.