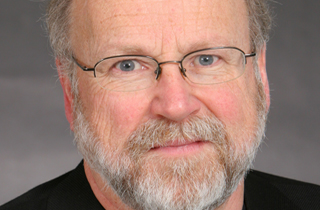 A prominent legal scholar is lauding New Brunswick for taking an “important step” in finally adopting an automatic recalculation service for those paying child support.

New Brunswick’s Child Support Recalculation Service (CSRS) “helps ensure fairness to both the payer and recipient at no charge, without having to return to court,” states a recent government news release.

“The [CSRS] will provide New Brunswickers the opportunity to have an order recalculated, which can reduce the time, cost and stress related to going through the court process,” said Downey in an e-mail. “However, there will be orders that require the discretion of the court to have an adjustment done. … While not everyone will be eligible for this service, there are other tools through the Office of Support Enforcement that can offer temporary relief until the matter is heard in court.”

He said that “the team behind the [CSRS] has consulted with many other jurisdictions in creating the service.”

The annual recalculation is based on the paying party’s submission of their income tax notice of assessment from the previous year.

According to the service’s webpage, those who are ineligible include people who are primarily self-employed, who make more than $150,000 per year and who are seeking to adjust unpaid support. 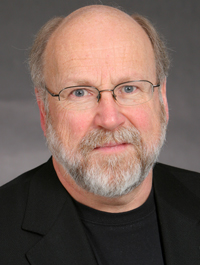 Family law professor Rollie Thompson, of Dalhousie University’s Schulich School of Law in Nova Scotia, says it is good that New Brunswick has now joined other provinces in having such a service.

“This is a good thing,” said Thompson. “It’s long overdue. This is an important step for New Brunswick.”

Thompson went on to say that the service will benefit those who are unable to go to court.

“The lower your incomes, the more important this is because the problem with child support is the amounts aren’t huge, and that makes it difficult for people to go to court and do things because you can’t afford a lawyer; it’s hard to do it yourself. So, this is a big step forward.”

Thompson confirmed that New Brunswick has now joined all the other provinces, as well as the Yukon, in having one.

British Columbia announced the launch of its provincewide recalculation service in early April — 16 years after the launch of a pilot program in the city of Kelowna.

Nunavut currently does not have such a program, and a call to the Northwest Territories to confirm the absence of a program there was not returned by press time.

Thompson was asked about the list of New Brunswickers ineligible for the service.

This is the case with other jurisdictions, as well, he said.

“It looks long, but they are actually a small percentage of the total. We don’t have good data, but the data we do have from the five-year review of the child support guidelines showed that two-thirds of all orders were just basic table amount.”

When asked about most self-employed people not being eligible, Thompson said this reflects the fact that it is more difficult to track their income — some of which may be cash money.

“Keep in mind that the reason for [the service] is the ease with which you can prove someone’s income, and the problem with self-employed people it’s really hard. Whether you make $18,000 a year … or $200,000 a year as a self-employed person, it’s just as hard to figure out your income. … The determination of income for a self-employed person is very tricky. They don’t recalculate [this] because you’ve got an administrator doing this, not a judge. So, you have to have some ease of determining someone’s income.”