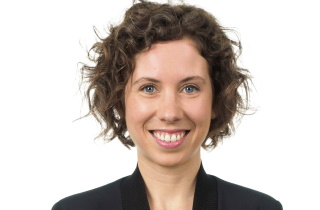 A couple of separate but related private member’s environmental bills that would recognize living in a “healthful” environment as a fundament right and confer the St. Lawrence River with a legal personality represent yet another steady advance towards the burgeoning rights of nature movement in Canada, according to legal experts.

The two Quebec bills were presented in the past month at a time when the government is facing growing pushback by citizens’ groups, regional health authorities, opposition parties and the Quebec City mayor over plans to relax provincial regulations on nickel emissions, which in high concentrations are deemed to be carcinogenic.

Taking a cue from a growing global undertaking that has gained a particularly stronghold in New Zealand, India and South American nations such as Ecuador, the private member’s bills seek to bolster environmental rights in the province and aim to recognize the inherent rights of nature to exist, thrive and evolve, note environmental lawyers. 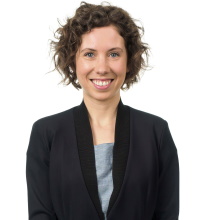 “These are interesting developments because it’s really a worldwide movement, and we are now seeing that this movement is also taking root in Quebec,” observed Sarah-Maude Belleville-Chenard, a Montreal Aboriginal, constitutional and environmental lawyer with Cain Lamarre.

Bill 899, introduced April 28, would significantly alter the legal landscape in the province as it would amend the Quebec Charter of human rights and freedoms to recognize the right to a “healthful” environment as a fundamental right, maintain environmental legal observers.

At present the right to a healthy environment is viewed by legal experts to be relatively anemic because it is possible to use mechanisms provided for in the Quebec Charter, notably s. 52, to derogate from the right to a “healthful” environment, explained Anne-Sophie Doré, the legal clinic co-ordinator with the Centre québécois du droit de l’environnement, a charitable organization founded in 1989 that offers independent environmental law expertise. That the right to a “healthful” environment currently falls under the category economic and social rights also leads to brittle protection, added Doré

That would likely change if Bill 899 were enacted. The proposed legislation would amend the preamble of the Quebec Charter by affirming that it is of “fundamental importance” to preserve an environment that is “conducive to human health and safety” and to maintain the integrity of ecosystems which “human life and well-being depend” on.

The bill, which contains only four sections, would as well shift the recognition of environmental rights from s. 46.1, which falls under economic and social rights, and insert it into a new section under s. 1 of the Charter under the heading of fundamental freedoms and rights. Just as importantly it would repeal s. 46.1 which now holds that the right to a healthy environment applies only to the extent and according to the standards provided by law.

“If this legislative change were adopted, it would drastically change the scheme of things in environmental law, with impacts that would be extremely wide ranging,” said Doré. “By including environmental rights under the section of fundamental rights and freedoms, it changes the dynamic because it becomes a right that cannot be derogated from without justification.”

According to Dr. David Boyd, UN Special Rapporteur on Human Rights and Environment and a professor of law, policy and sustainability at the University of British Columbia, Bill 899 would strengthen the recognition of the right to a healthy environment in Quebec, “reflecting the recent United Nations resolution acknowledging this is a fundamental right.” 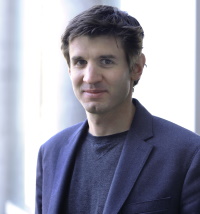 Université Laval’s environmental and climate change law professor Géraud de Lassus St-Geniès is far from convinced that such changes would be adopted. It would call for nearly a paradigm change because as it stands Quebec’s legislative regime, notably the Environment Quality Act, specifically authorizes environmental damage, said St-Geniès. “Our environmental laws in Quebec are based on prior authorization of polluting activities,” said St-Geniès. “This idea of making a healthy environment an absolute right is difficult to reconcile with the way in which environmental laws were fashioned. Now, if we take that out, it means that potentially all infringements that are authorized by law can be considered as an infringement of the right to environmental quality. This obviously raises problems of legal predictability for all those who have an administrative authorization to carry out projects.”

The other private member’s bill, Bill 990, An Act to confer rights on the St. Lawrence River, also will lead to legal conundrums, claim legal experts. Bill 990, following in the heels of twin parallel resolutions by a local Indigenous community and municipality that granted legal personhood last year to the internationally renowned white-water Magpie River, would bestow the St. Lawrence River with several rights, including the right to protection, to conservation and to restoration. Under the bill, a council of guardians, composed of seven members, would be established to represent the interests of the river, including seeking reparation for any damage sustained by the St. Lawrence River. A similar private member’s bill, Bill C-271, was introduced in the House of Commons by NDP member Alexandre Boulerice on the same day.

“Bill 990 would be the first provincial law in Canada to recognize the rights of nature,” said Boyd. “That would be an historic breakthrough, similar to what has been witnessed around the world, from Ecuador to New Zealand.”

So far at least 15 municipalities, an alliance of five Innu nations, seven environmental organizations and two research centres have joined forces with the International Observatory of Nature Rights to generate pressure to strengthen the legal protection of the St. Lawrence River in hopes it too will be granted legal personhood. 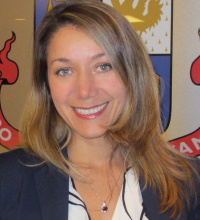 “We still have a long way to go before it is adopted,” noted Yenny Vega Cárdenas, a Montreal lawyer who heads the International Observatory on the Rights of Nature, a non-profit organization. “But this bill represents a paradigm change because it goes beyond just human harm. It goes after ecological harm. So there is a perfect interplay between the right to a healthy environment and the rights of nature. Because by protecting nature, we are also protecting the right to a healthy environment.”

But as drafted, Bill 990 is problematic, said St-Geniès. While Article 2 of the bill confers the St. Lawrence River with eight specific rights, ranging from the right to exist and flow and the right to maintain its integrity to the right maintain its natural biodiversity and the right to be free from all contamination, it also stipulates that the provincial government may by regulation determine the terms and conditions over the application of the rights it has been conferred. “As long as we don't know the modalities of application, it is difficult to know the scope these rights will have,” said St-Geniès.

Another sticky issue with Bill 990 is that it may actually take away rights of Quebecers to launch legal proceedings to stop environmental damage, said Doré. Under article 19.2 of the Environmental Quality Act, a Quebec Superior Court justice may grant an injunction to prohibit any act or operation that interferes with the right to a healthy environment. But Bill 990 proposes that the council of guardians be responsible for receiving and processing complaints over potential infringements of the rights accorded to the St. Lawrence River. “There are many legal tools that already exist that could have a significant impact on environmental protection if the these tools were used to their full potential,” said Doré.

Belleville-Chenard pointed out that Bill 990 does not take into account the “stewardship relationship” of Indigenous peoples to the St. Lawrence River, noting that a host of First Nations live by the river.

“There is an absence or at least a lack of consideration of the participation of Indigenous peoples,” said Belleville-Chenard. “If we compare it with what has happened elsewhere in the world, projects of this nature that have succeeded in being implemented are projects that were based on a fairly strong collaboration with the local populations, Indigenous peoples in particular, or that integrated the concepts and the world view of the peoples concerned. That is really missing in the bill.”

Few legal observers expect both Bill 899 and 990 to be passed, particularly since they are private member’s bills that were introduced by members of the opposition. But it is viewed as an important stepping-stone, one that will at least put the issue before the public and that will spur similar efforts in the future, said Cárdenas.